The Stanislaus County Sheriff's Office said a security guard shot at a suspected thief after he almost hit a different guard while backing up his car. 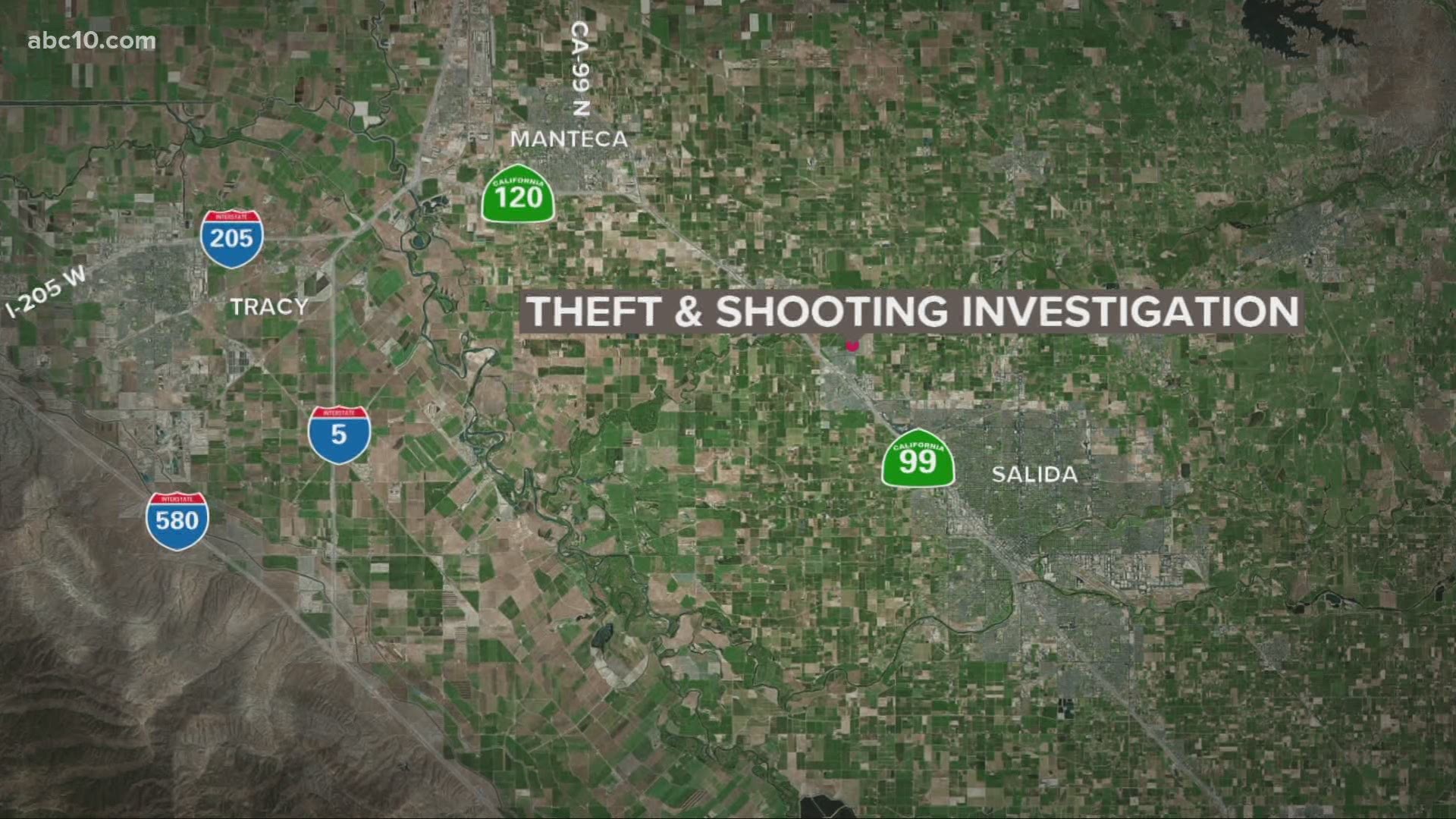 SALIDA, Calif — The Stanislaus County Sheriff's Office is investigating a shooting that sent a man to the hospital on Sunday.

According to Sgt. Luke Schwartz, that hospitalized man is a suspected catalytic converter thief. The shooting happened at Modesto Christian School in Salida.

Sgt. Schwartz said the suspected thief was interrupted by two private security guards when he got into his car and tried to back out, almost hitting one of the guards.

Sgt. Schwartz said the other security guard shot at him.

The suspected thief is in the hospital, and deputies are waiting to hear from the man before deciding how to proceed in the investigation.