Against the advice of the federal judge supervising PG&E on probation, California regulators helped PG&E by waiving a $200M fine for causing deadly fires. 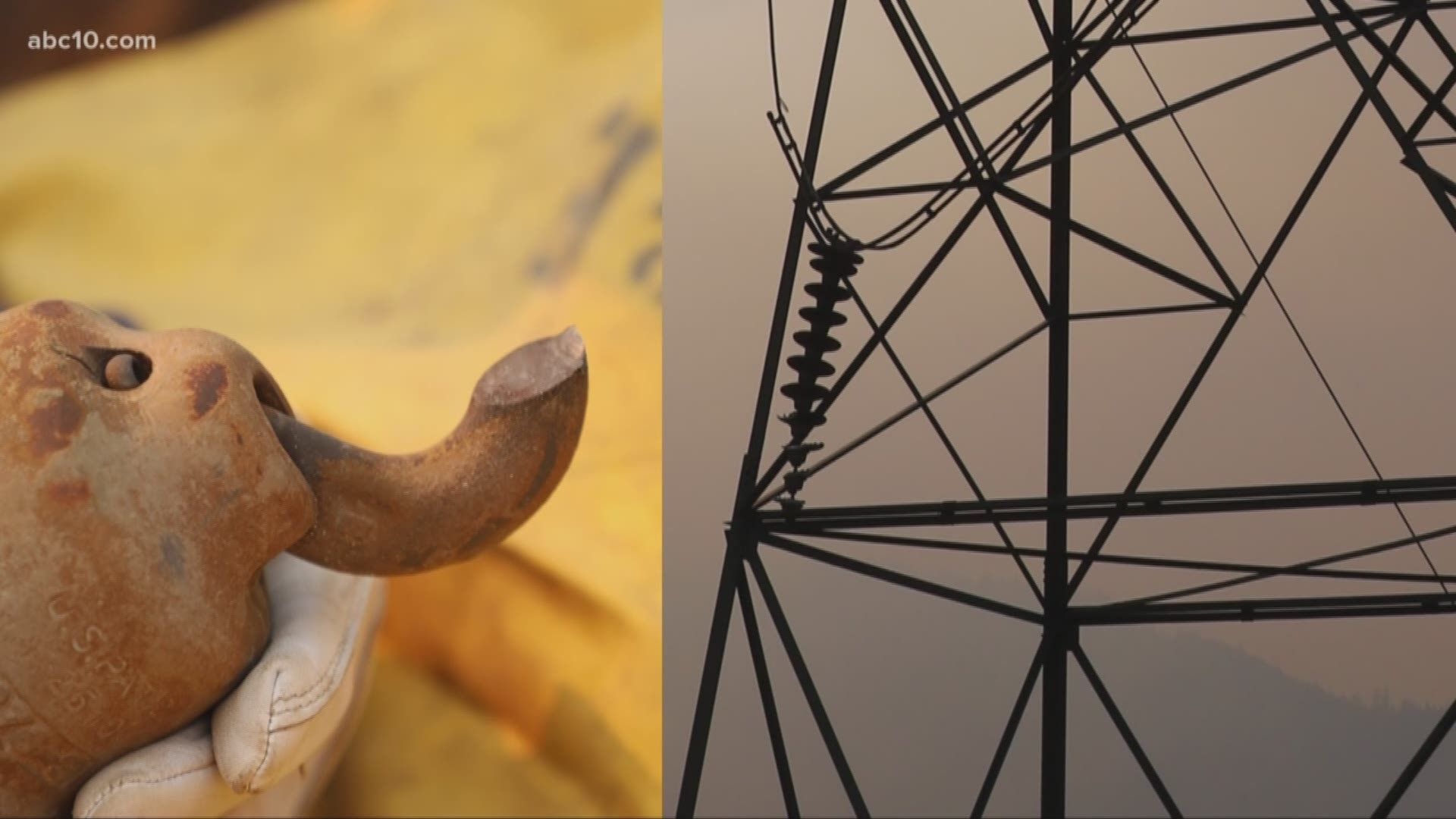 SACRAMENTO, Calif. — California power regulators let the Pacific Gas and Electric Company off the hook for paying a $200 million fine, even though the company plans to walk into court this month and admit to 84 counts of felony manslaughter for the people it killed in the Camp Fire.

PG&E, of course, has no legs to walk with.

Yet, American law treats corporations like PG&E as “persons” all the same.

PG&E can get no prison time under criminal law simply because it is not a human being, a fact we examined at length in the Power episode of the ABC10 Originals docuseries "Fire - Power -Money: California’s burning crisis and how it’s going to cost us all" (streaming here | and on YouTube.)

We know what it looks like because it already happened before.

In 2010, a big PG&E gas pipeline split and blew up a neighborhood in San Bruno. A jury convicted PG&E of willfully breaking federal safety laws and lying to investigators about the disaster, which killed 8 people.

For its six federal felony convictions, PG&E was given a small fine and put under court supervision.

But the maximum probation under federal law is five years.

JUDGE TO CALIFORNIA: FINE THEM

PG&E’s probation ends in 2022 “and cannot be extended”, according to US District Court Judge William Alsup.

In a 13-page ruling, Alsup delivered a blistering chronicle of how PG&E’s "cheated on maintenance"and gave his advice to California’s leaders, who’ll have to shape PG&E’s future without him.

WATCH: What PG&E knew about the problem that sparked the Camp Fire

“First, utilities should be fined for violating vegetation management and infrastructure remediation requirements,” Alsup wrote. “PG&E does not currently face punishments for these violations of California law. The state could impose harsher penalties.”

On Thursday, the California Public Utilities Commission voted 5-0 to do the opposite of what Alsup suggested.

As a gesture, perhaps, they slapped PG&E with a $200 million fine for starting deadly fires. But in the same decision, the commissioners permanently waived PG&E’s obligation to pay it.

"I recognize that a permanent suspension of the fine is deeply unsatisfying to many." said commissioner Clifford Rechtschaffen, who handled negotiations over the penalty for PG&E’s safety violations that caused deadly fires. "I also want to emphasize it is an extremely rare set of circumstances that justify departure from our normal penalty rules.”

The “circumstances” to which Rechtschaffen refer are unusual, but not unprecedented, for PG&E: bankruptcy.

Led by Gov. Gavin Newsom, the organs of California state government are working to assist PG&E-- a convicted felon about to plead guilty to more crimes-- to help the company out of bankruptcy by the end of June.

That will help PG&E access a state wildfire fund to help it pay damages if it starts another fire.

A CRIMINAL COMPANY WITH FRIENDS IN THE CAPITOL

Human beings who commit deadly felonies and repeatedly offend end up in prison.

As a corporate felon, PG&E gets help from the state Capitol and the CPUC in San Francisco.

“We’re dealing with sophisticated white-collar crime with an unlimited amount of money and the ability to neutralize law enforcement,” said Mike Aguirre, a former San Diego city attorney and past federal prosecutor. “Most people would be in jail. They would be arrested immediately. Why isn’t that happening with PG&E? Why aren’t they at least being fined? It’s because they completely corrupted the system.”

Gov. Gavin Newsom’s (D-California) office did not immediately reply to ABC10’s request for comment on the waived $200 million fine.

Newsom has insisted to ABC10 in the past that PG&E’s political contributions of more than $208,000 to his candidacy haven’t had influence over how he’s handling the PG&E crisis.

Eight out of ten state legislators took money from PG&E after its first felony convictions. So did eight out of ten members of Congress from California.

RELATED: Most California Congress members took PG&E money. Did yours keep it?

A handful, including US House Speaker Nancy Pelosi, gave away the money to charity after our reporting on PG&E’s political activity.

A bill to hear a ban on donations to state candidates is on hold, according to sponsor Asm. Kevin Kiley (R-Rocklin.)

PG&E’S VICTIMS CAUGHT IN THE MIDDLE

Waiving the $200 million fine to help PG&E with its bankruptcy could help close a chapter for fire victims. In a controversial plan, fire victims are supposed to receive $13.5 billion in value from the bankruptcy deal, but half of that is a guess at the future value of PG&E’s new stock shares.

There are arguments flying in bankruptcy court over the vote that fire victims are supposed to hold on the deal.

An alternate plan to pay victims hasn’t emerged, save for the idea of turning PG&E into a public nonprofit and having the new entity pay the claims through the use of bonds to be repaid over time by customers.

Even with those bonds, proponents argue that eliminating the need to pay profit to PG&E would make rates lower.

That bill is also dead in the water, according to Sen. Scott Wiener (D-San Francisco,) for lack of support from leadership or the governor.

‘THIS IS NOT A PENALTY’

After waiving the $200 million fine, the CPUC declared in a press release that it gave PG&E its “biggest penalty ever” in the amount of $1.9 billion.

That money will all be reinvested into PG&E’s infrastructure to cover the cost of rebuilding its own power lines that burned in PG&E’s own fires and to pay for badly needed safety improvements that Judge Alsup said the company should have made long ago.

PG&E’s “penalty” is simply an agreement not to charge customers for $1.9 billion of that.

“You know what a fine is. You get your checkbook, you write out a check, you deliver it to the court, the court then puts that in the bank, and they withdraw it from your account. That's a penalty.” Aguirre said.

“This is not a penalty. And they know it.”

WATCH MORE: PG&E blackouts during coronavirus pandemic could be 'a nightmare scenario'