Stockton police went to the home after getting the report around 6 p.m. on Saturday. 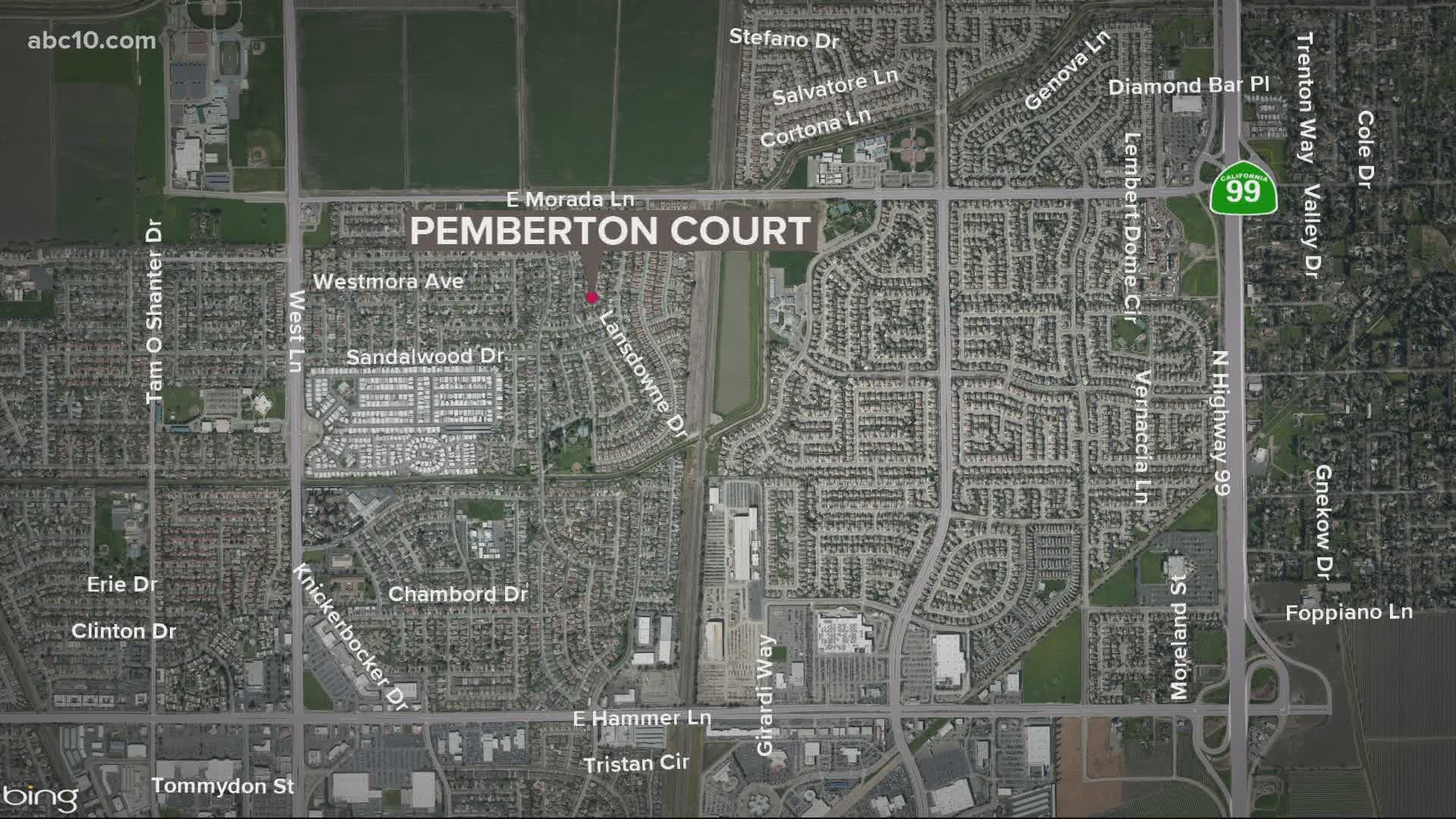 STOCKTON, Calif. — A mother and father were found dead by a family member in their Stockton home, police said.

While authorities are still investigating, they are calling the incident an apparent murder-suicide pending an autopsy.

Police say they found the two parents dead inside their home on the 2500 block of Pemberton Court after getting a call from a family member at 6:02 p.m.on Saturday.

Authorities described the mother and father as a 62-year-old woman and a 68-year-old man, both dead from apparent gunshot wounds. Police also found a gun during their investigation.