Inside Stockton's history of gang violence

Stockton Police say the majority of the city's violent crime is gang-related. We took a closer look at the gang history in the city. 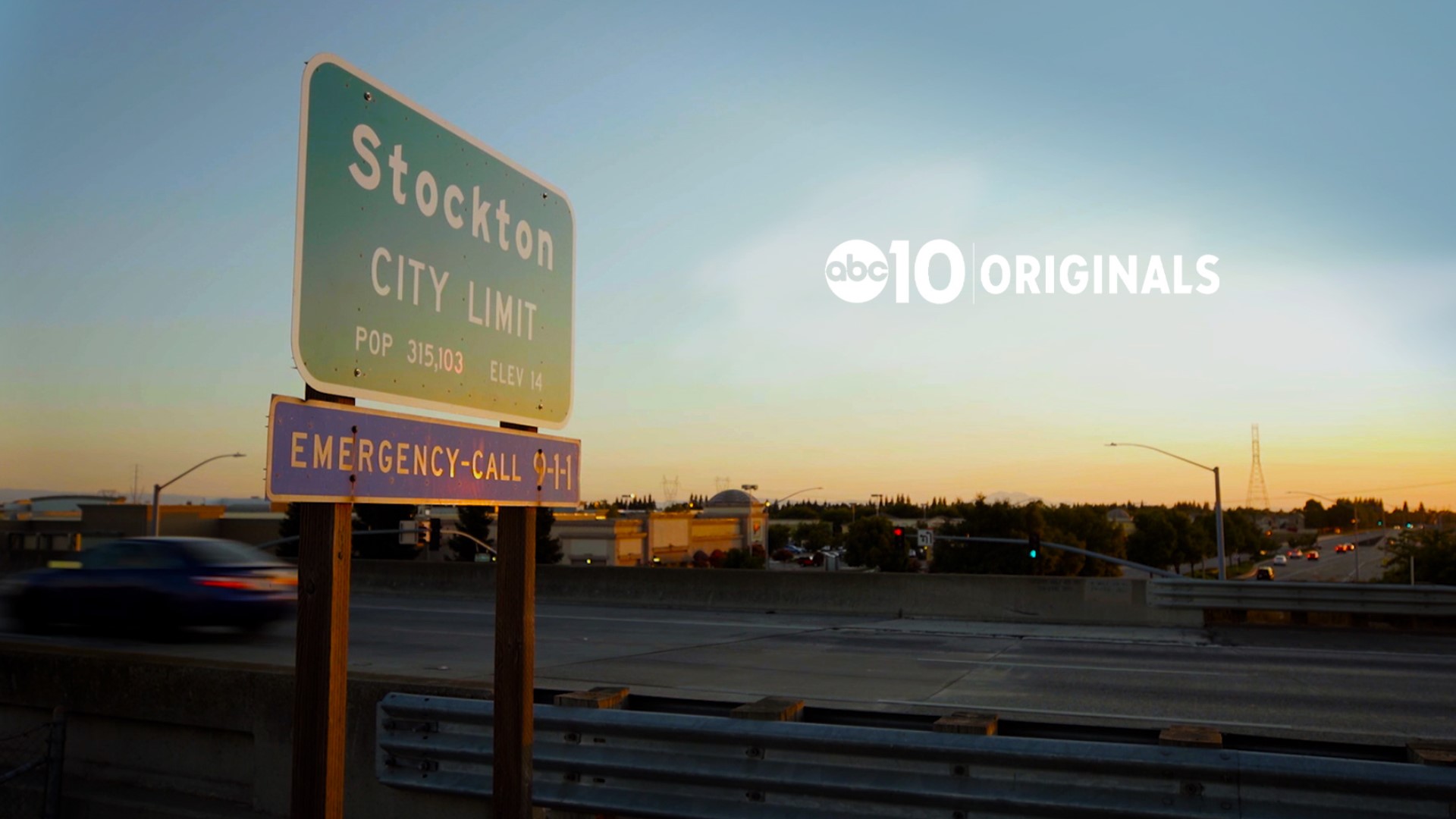 Efrain Padilla was lost as a kid.

His mother was always working, trying to support her seven children. His dad wasn't around.

"I feel like if I would’ve had my dad around, I wouldn’t have been so angry and done things to try to hurt other people," Padilla said. "I was really just hurting myself, hurting my family."

At a young age, Padilla became involved in gangs. His older brothers were gang members, so it was a natural path to follow. It was there, he said, that he found himself.

Many people in Stockton will tell you that gangs are to blame for the city’s history of violence. Others argue gangs are only part of the problem. Either way, it’s worth finding out why young men and women in Stockton continue to join gangs, how many of them are there, and how much violence can actually be attributed to them.

Stockton Police has documented 70 gangs operating in the city, with 30 being "very active," said Gary Benevides, a supervisor in the department's gang unit.

In 1989, the department developed the Gang Violence Suppression Unit, realizing they needed to devote resources to specifically address the gang issues in Stockton, said Benevides.

RELATED: Stockton's history of gun violence and those working to bring peace to its streets

Padilla credits growing up without his father for his decision to join a gang.

"When the gangs come around, you’re going to find a spot there," Padilla said. "They’re going to make you feel like you belong."

Fifteen percent of Stockton children under the age of 18 live in single-parent households, the highest of any city San Joaquin County. The percentage is also higher than the state average of 9 percent, according to the most recent data released by the U.S. Census Bureau.

"Most of these guys, they don’t have fathers," said Jesse De La Cruz, a former gang member turned gang expert. "The role models they have are the people that are gang members that bring them in and show them kindness, and listen to them."

De La Cruz wrote his doctoral dissertation on what drives young men in Stockton to join gangs, and detailed his own decision to join a gang in his memoir "Detoured: My Journey from Darkness to Light".

"Poverty, trauma, single-parent homes...abusive homes--those are all predictors," said De La Cruz. "And most of these guys have all of them."

Nearly half of single-mothers in Stockton with children under the age of 18 are earning below the poverty level, 10 percent higher than the state average.

"Where we grew up from, it felt like we didn’t really have a purpose," Padilla said. "We were just meant to be in the ghetto, do what we had to do, live that life, and that was it. There was no 'getting out,' there were no 'other options.'"

To Efrain, the only option he did have was to join a gang.

"When I was in a gang, I was a whole different person," Padilla said. "I'd ride around with guns all the time, selling drugs, living carefree."

CalGang, a statewide law enforcement gang database, has logged more than 88,000 people associated with criminal street gangs in California. Most are between 18 and 45-years-old and are either black or Hispanic, according to the attorney general's annual report on the system in 2018.

The Stockton Police Department has only added eight gang members to the statewide database, saying it chooses to use its own database instead, citing time and resources to add the names to both. As of August 2019, the department has logged more than 2,000 gang members in the city.

While the Stockton Police Department says about 70 percent of the city’s violent crime is committed by gang members, Jesse De La Cruz doesn't buy it.

In a study he conducted in 2014, where he interviewed gang members in Stockton, he found that their responses contradicted what the police and news media said, citing one man who claimed "attribution to gangs was overblown, and that most of the crime is due to drugs or alcohol."

But if it's a committed by a gang member, Stockton police don't see a difference.

"We would still consider it gang violence because of their association with gangs, the possibility for retaliation," Benevides said. "It’s kind of hard not to have that association there when a gang member is shot."

When Efrain was 18 years old he was shot 15 times while sitting in the passenger seat of his friend’s car. Doctors had little hope he’d survive, but somehow he pulled through. The shooters were never caught, so it’s hard to know if the attack was gang-related, but it left him even angrier than he’d been before.

No matter where he went, Padilla kept a gun with him.

"I went to the doctors, I went to school, I went anywhere, I had a gun on me," Padilla said. "And it’s not just because I wanted to hurt somebody, or, you know, I wanted revenge. It’s because I didn’t want that to happen to me again."

The gun kept landing Efrain in jail. The cycle continued.

When he got out, he wanted to change. That's also when Stockton's Office of Violence Prevention, or OVP, started coming around. The office works to reduce violence in the city by mentoring young men with the highest risk of gang involvement.

"I often talk to these men, young men at times, and I ask them to do something very foreign for them: dream," said Robert Mosqueda, an outreach supervisor at OVP. "I want you to dream. I want you to think about what it is you want for your future, so we can help you to make that dream a reality."

It’s the same question OVP mentors, known as peacekeepers, asked Padilla when they first showed up at his house, after his last stint in prison.

But the peacekeepers kept coming back, and finally convinced Padilla to let them help him get out of "the life" and start over.

Twice a month, Padilla meets in a room in the old Stockton City Hall building with a group of men he once considered rival gang members. They’re now all part of a leadership council which focuses on giving back to the city they’ve done so much harm in.

"I’ve done a lot of bad things in my time," Padilla said. "I’m not proud of them. But I’ve also done a lot of good. And now I’m trying to do everything I can, you know, to educate myself, better myself, and hopefully help other people out. Like I said, be that person to help people get out of that lifestyle of carrying guns and shooting each other for no reason… for no reason."

Padilla's now enrolled at Delta College, and plans to get his bachelor’s degree in psychology from Stanislaus State. He’s also working on paying off his restitution to the state for the crimes he committed. Most importantly, though, he says he’s focused on being a dad and raising his kids.

"I don't want them living that lifestyle," Padilla said. "I don't want them getting shot, or having memories (of me getting arrested). I want my kids to be like, 'My dad went through this, this, and that, but he loved us so much that he turned his life around so he could be here and be together as a family. That's what I'm working on now, but I have a long way to go."

Help us investigate why there is a history of violence in Stockton.

ABC10 Originals team is seeking your help in understanding why there has been a longstanding history of violence in Stockton, including the rising homicide rates this year — and what steps need to be taken to better protect residents from gun violence and curb crime in the city.

If you are a current or former resident of Stockton, or someone who has been affected by the violence in Stockton, we want to hear from you. What do you think we should be focusing on when investigating the city’s rising homicide rates, gun violence, and efforts to reduce crime?

We may share your response with our staff. We respect your privacy. Your email address and phone number will not be published and by providing it, you agree to let us contact you regarding your response.

This playlist is a continuing series from ABC10 reporter Michael Anthony Adams delving into the history of violence in Stockton, California.