Stockton Police Department said there is no motive or suspect information at this time. 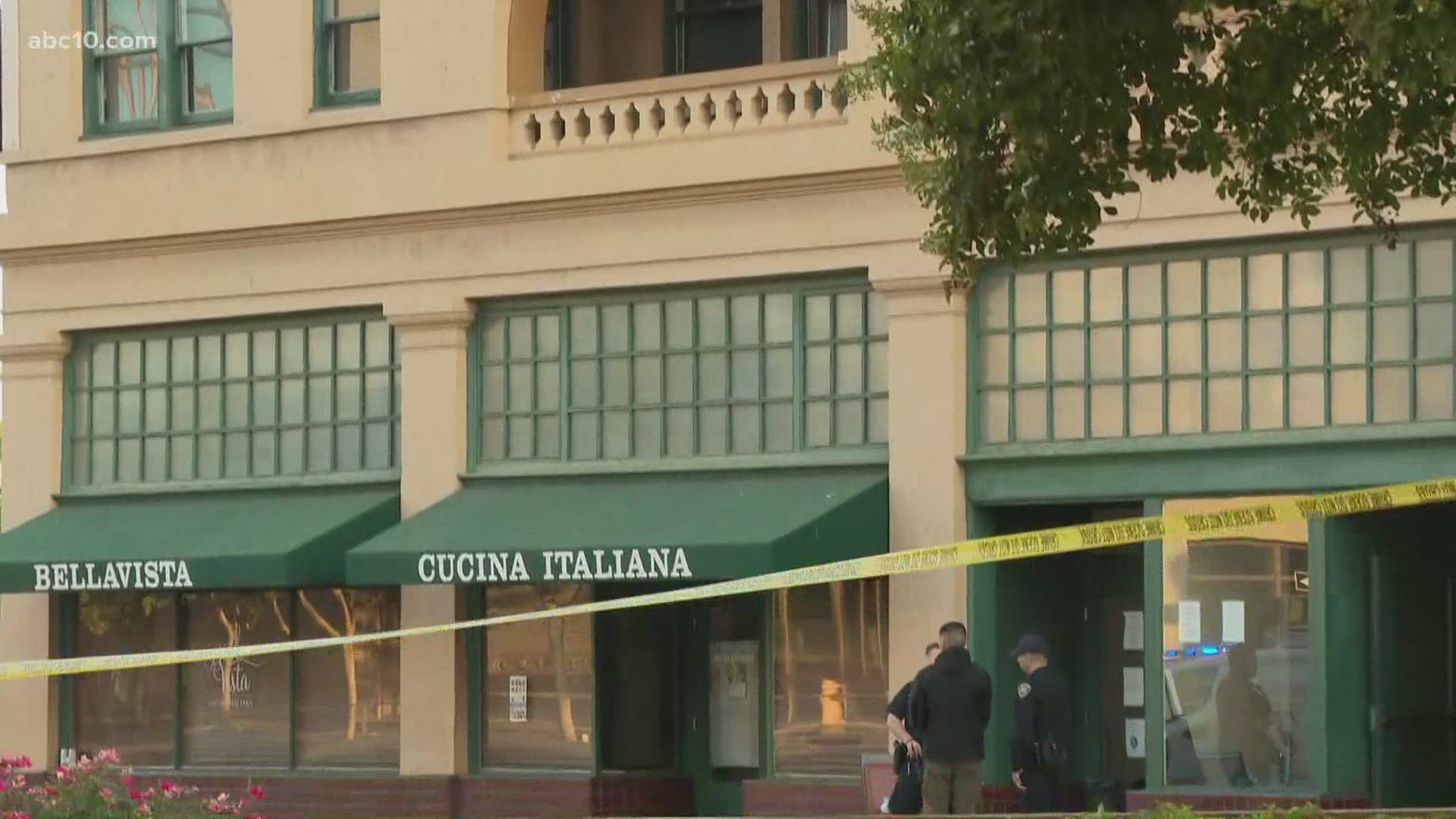 Stockton Police Department said a 27-year-old man was the victim of the shooting in Stockton on Sunday night.

The county coroner was also on the scene, reportedly on the rooftop patio area of the restaurant. There is still no information on a suspect or motive for the shooting.

A homicide investigation is underway in Stockton after one man was shot and killed Sunday night.

Officers responded to the 100 block of North El Dorado Street after a reported shooting around 9:35 p.m., officials said in a Facebook post.

Arriving officers found a man who had been shot; police said medics later pronounced the man dead at the scene.

Few details surrounding the homicide are currently available, but the investigation is ongoing.

Police said they currently have no motive or suspect information at this time.