Stockton Police Chief Eric Jones said releasing the video is keeping in line with the department's principles of transparency. 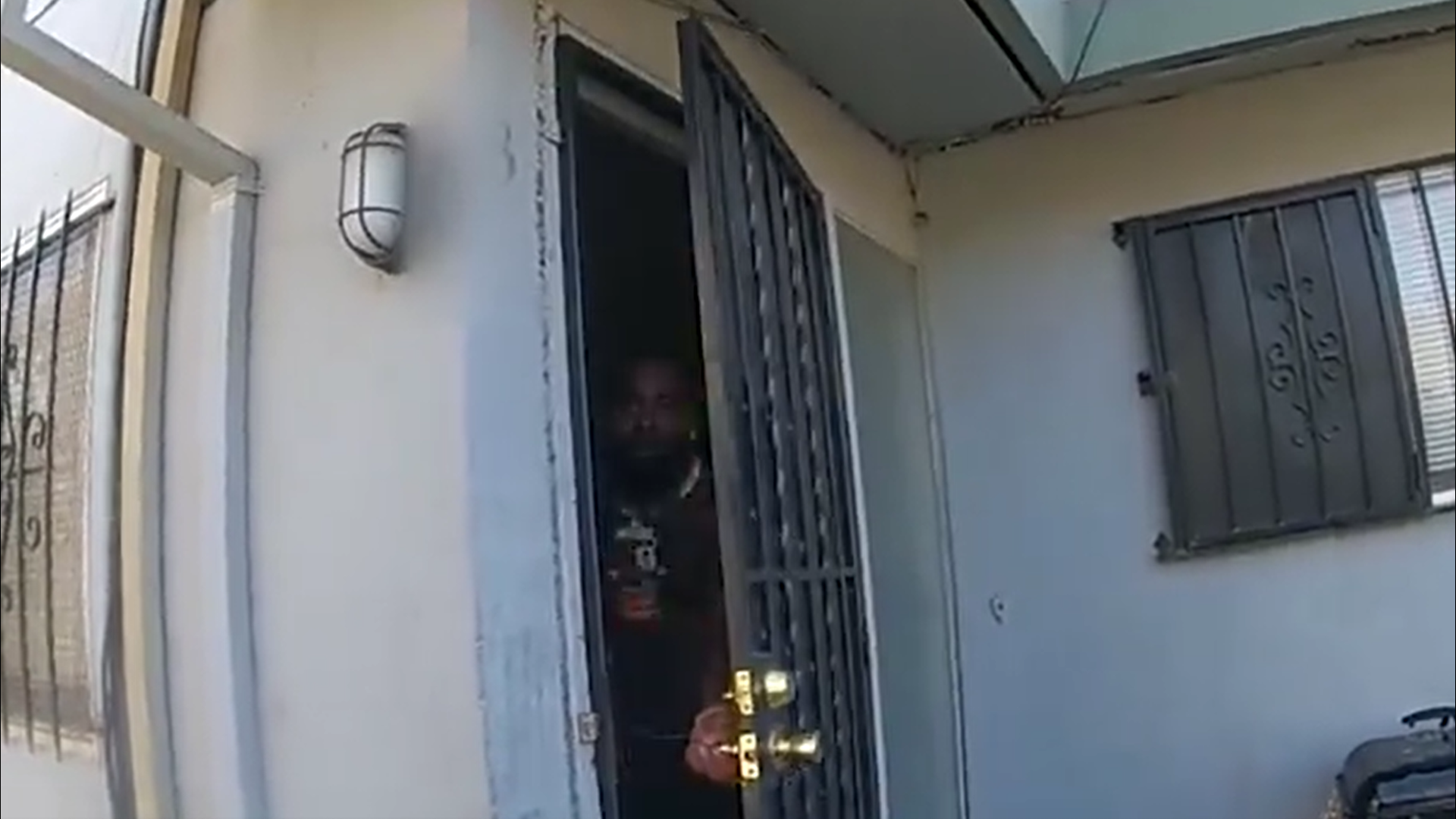 STOCKTON, Calif. — Police released bodycam footage from the deadly shooting that claimed the life of 30-year-old Stockton police officer Jimmy Inn in May 2021.

Stockton Police Chief Eric Jones said releasing the video is keeping in line with the department's principles of transparency.

"This was a very traumatic incident for everyone. So, please be advised, there may be some very difficult video and audio," Jones said.

Video of the incident is included at the bottom of this article.

The shooting happened on May 11 during a disturbance call at a home in the 4400 block of La Cresta Way. A neighbor called 911 around 9:45 a.m. after hearing a woman screaming. The witness also told police he saw a woman bleeding, with a ripped shirt and "appeared to have been assaulted."

Officer Inn arrived at the home at 10:07 a.m. and knocked on the door. Investigators say the shooter, Lance Lowe, shouted from inside “Hey, police!” before opening the door and immediately firing several shots at Inn.

A second officer arriving at the home, identified as Officer Pancho Freer, heard the gunshots and saw Lowe standing over Inn. He said Lowe opened fire on his patrol car and he returned fire while still inside the vehicle. According to police, Lowe went back inside the home and came back out with his 8-year-old son. Police said Lowe then started to strangle his son and refused to comply with Freer’s commands.

At the same time, a neighbor charged in and tackled Lowe, freeing the child. Freer then shot Lowe. First responders soon arrived and attempted to resuscitate both Inn and Lowe. Both men were pronounced dead at the hospital.

The 8-year-old boy was medically cleared and released into his biological mother's custody.

Investigators say the woman who was the subject of the assault call walked away from the scene before police arrived. She was located several days later and gave a statement to the police.

WARNING: This video may be disturbing to some. Viewer discretion is advised.