Suspect shot by police at Walgreens in downtown Modesto

Officers were at the Walgreens pharmacy on McHenry Avenue around 4 p.m. when the shooting occurred. No officers were injured. 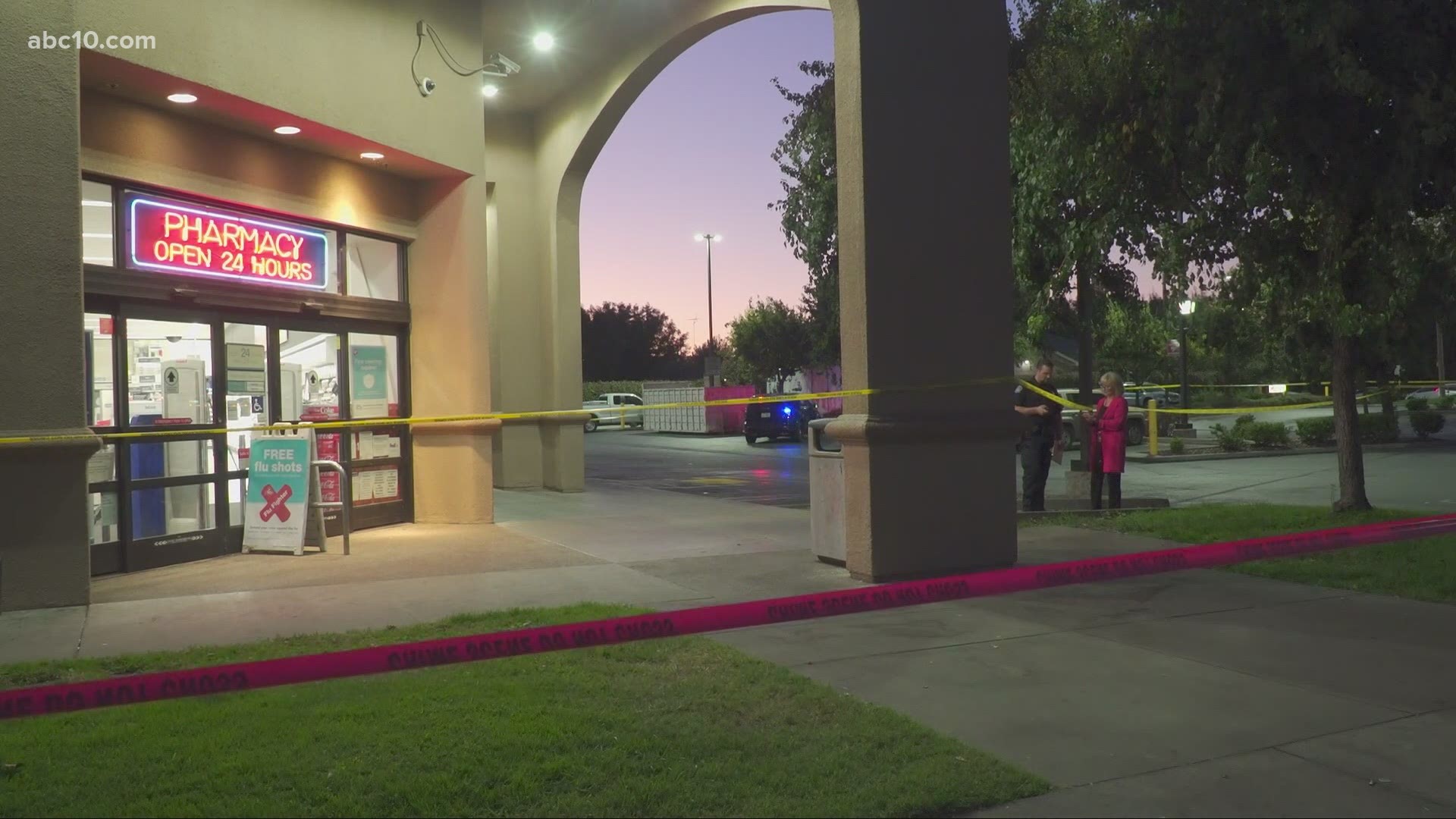 MODESTO, Calif. — One person is being treated for non-life-threatening injuries after being shot by a Modesto Police officer inside a pharmacy near downtown, Wednesday afternoon.

Authorities said officers were conducting a traffic stop on a Chevy Tahoe when the SUV pulled into a Walgreens parking lot on McHenry Avenue around 4 p.m. Police said a passenger in the SUV got out and went inside the store.

Officers followed that person inside to make contact and said he started to run. During the chase through the store, officers said they noticed the suspect "was in possession of a gun." That is when the shooting occurred.

“Our officers went in with him to contact him and an officer-involved shooting occurred,” Modesto Police Public Information Officer Sharon Bear said.

Police aren’t saying what happened in those moments inside the store -- only that a revolver was recovered from the passenger, and no bystanders or officers were hurt.

“The suspect was transported to a local hospital with non-life-threatening injuries,” Bear said.

Authorities reported a “heavy police presence” from McHenry Avenue from Orangeburg Avenue to 5 Points in downtown Modesto, with no traffic allowed to pass through the area. The roadway was reopened to traffic just after 4:30 p.m.

This is the second time in two days that Modesto Police officers have shot someone who was armed.

On Tuesday, while attempting to serve an arrest warrant in Stockton, officers shot an armed double homicide suspect at Sherwood Forest Park. His condition is unknown.

In both cases, police did not tell us how officers went from making contact with the suspect to shooting them.

By protocol, outside agencies will conduct an independent investigation into this shooting. The officers involved have been placed on administrative duty. Being the second police shooting in two days, ABC10 asked how that will impact the department.

“I think that we have a lot of people who are cross-trained and they do stuff up. I haven’t evaluated that enough to be able to comment about it,” Bear said.

Modesto Police could not confirm how many officers are now on administrative duty.

⚠️Expect a heavy police presence on McHenry Avenue from Orangeburg Avenue to 5 Points near Downtown Modesto due to an active investigation.

Traffic will be significantly delayed. Please use alternate routes and avoid the area. pic.twitter.com/ARRJtQSPgY