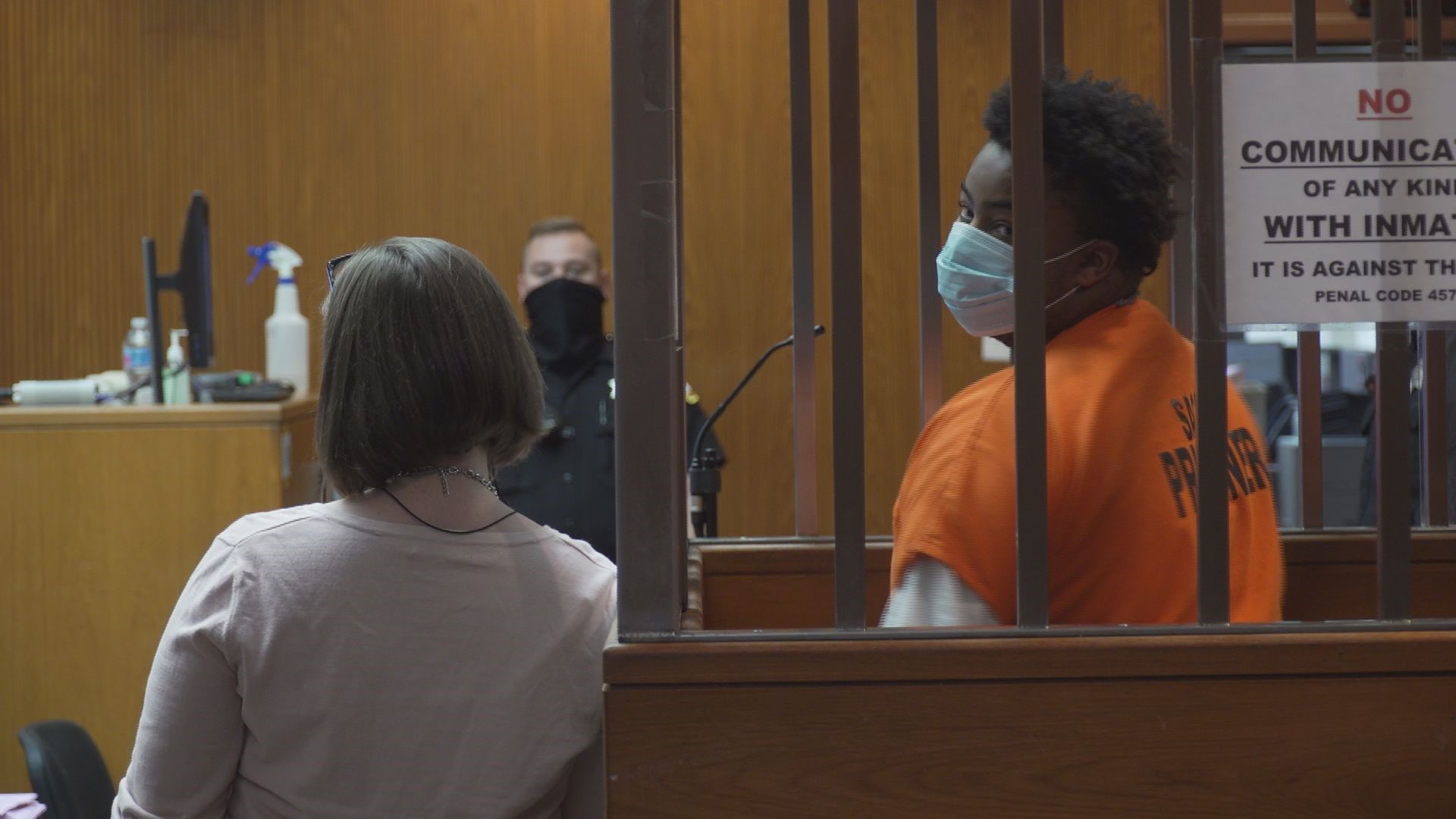 SACRAMENTO, Calif. — The suspect accused of killing 9-year-old Makaylah Brent in Del Paso Heights earlier this month appeared in court for the first time on Thursday.

The shooting happened at Mama Marks Park in broad daylight on October 3.

"It hurts me and pains me to say that I'll never see her again," Makaylah's cousin, Debra Cummings said.

Thursday marks 12 days since Makaylah was shot and killed while she was playing with her family at their neighborhood park.

"What person would shoot up a park that's catered to kids?" Cummings said.

As extended family members and friends keep a watch on the park where it all happened, and the roadside memorial continues to grow, the suspected shooter faces a laundry list of charges in this case.

Thursday was the first time Makaylah's family and the entire community got to see the suspected shooter through plexiglass behind bars, under a mask, during a virtual hearing that was played live on YouTube.

"I want to look in his eyes and see what I can muster up and understand why he killed my cousin," Cummings said.

Cummings said up until this happened, she had never believed in the death penalty.

"But on this right here, I believe in the death penalty because why should you be able to go on with your life be it behind bars or not, you stopped a young child's life," she said.

According to court documents, Hands was arrested in February on charges including gun-related felonies and evading police but was granted release from jail later that month.

His latest court date for those February charges was scheduled for October 5, two days after the shooting at Mama Marks Park. Court documents show he never showed up for that hearing.

"I know he was let out early and because of that we don't have our beautiful loving Makaylah. Who's going to answer that question to this mom when she prepares her baby for the last time?" she said.

Cummings said Makaylah will be laid to rest on Thursday, October 22 in a private funeral with close family.

Hands is expected to be back in court on December 15.

WATCH ALSO: Protests not as violent as images and videos lead us to believe