Vandals smash windows, cause more than $7K worth of damage to Roseville store

Police say the owner of the store doesn't recognize the suspects and has no idea why they would smash their windows. 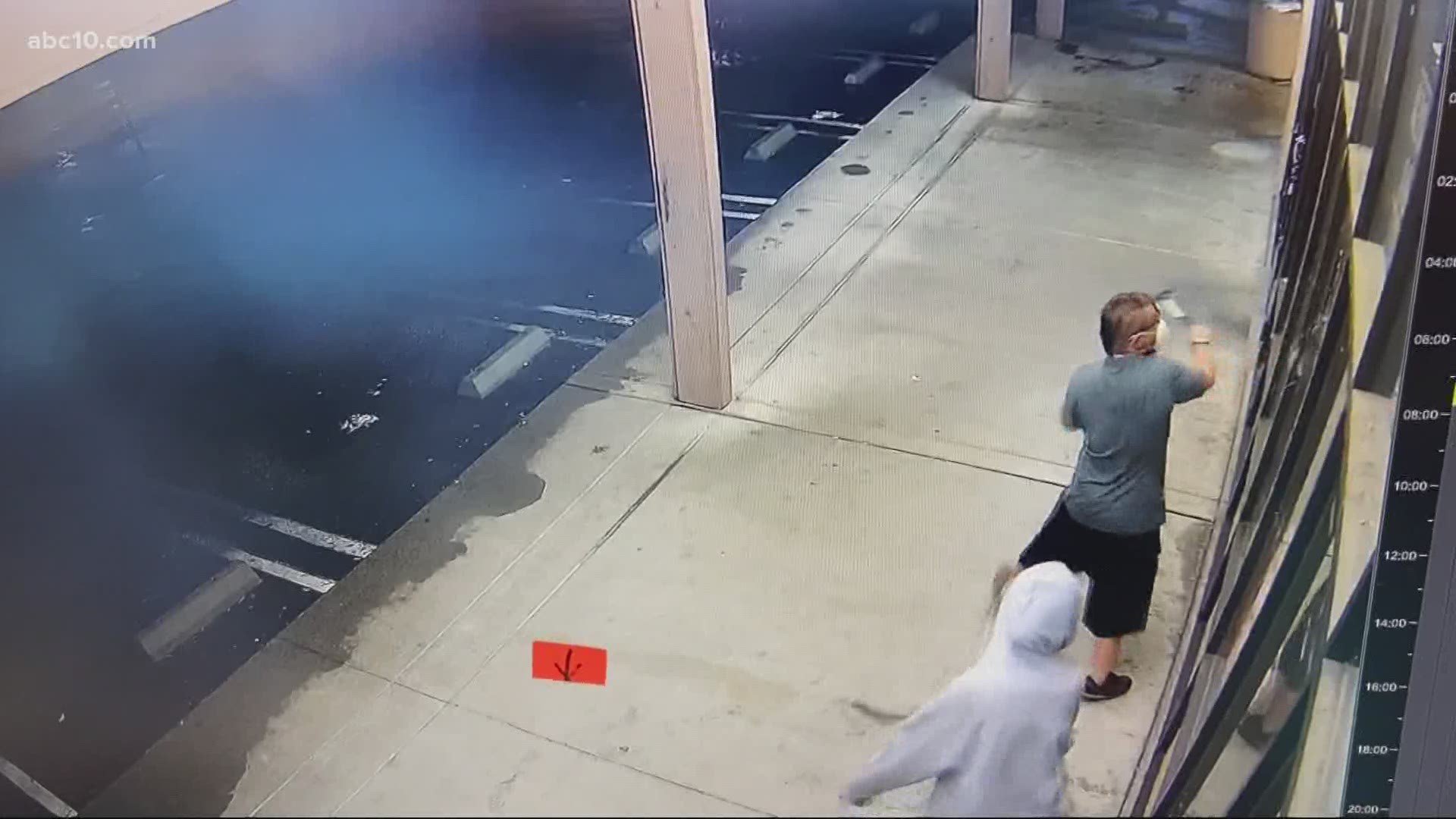 The destruction was caught on the store's surveillance camera.

The video shows two people walk up to the store and smash the windows with a small tool. Both suspects appear to be wearing masks.

Police say the business, located near Cirby Way and Sunrise Boulevard, sustained more than $7,000 worth of damages to the windows and door.

Police have very limited details on the crime. Business owners did not recognize the suspects and have no idea why the store was targeted.

If you recognize either of the suspects, contact Officer VanDerWende at SVanDerWende@roseville.ca.us or you can submit an anonymous report to Roseville Crime Stoppers who may pay you for the tip at 916-783-STOP

WATCH MORE: Living on the line: Tourists told to stay home in California but welcomed in Nevada

In California, Tahoe tourists are still not yet welcomed. But just down the road, in the Nevada side of Tahoe, things are very different.