Four teenagers, all 16 and 17-year-olds, have been arrested for the violent robbery of a 12-year-old boy in Elk Grove over the weekend. 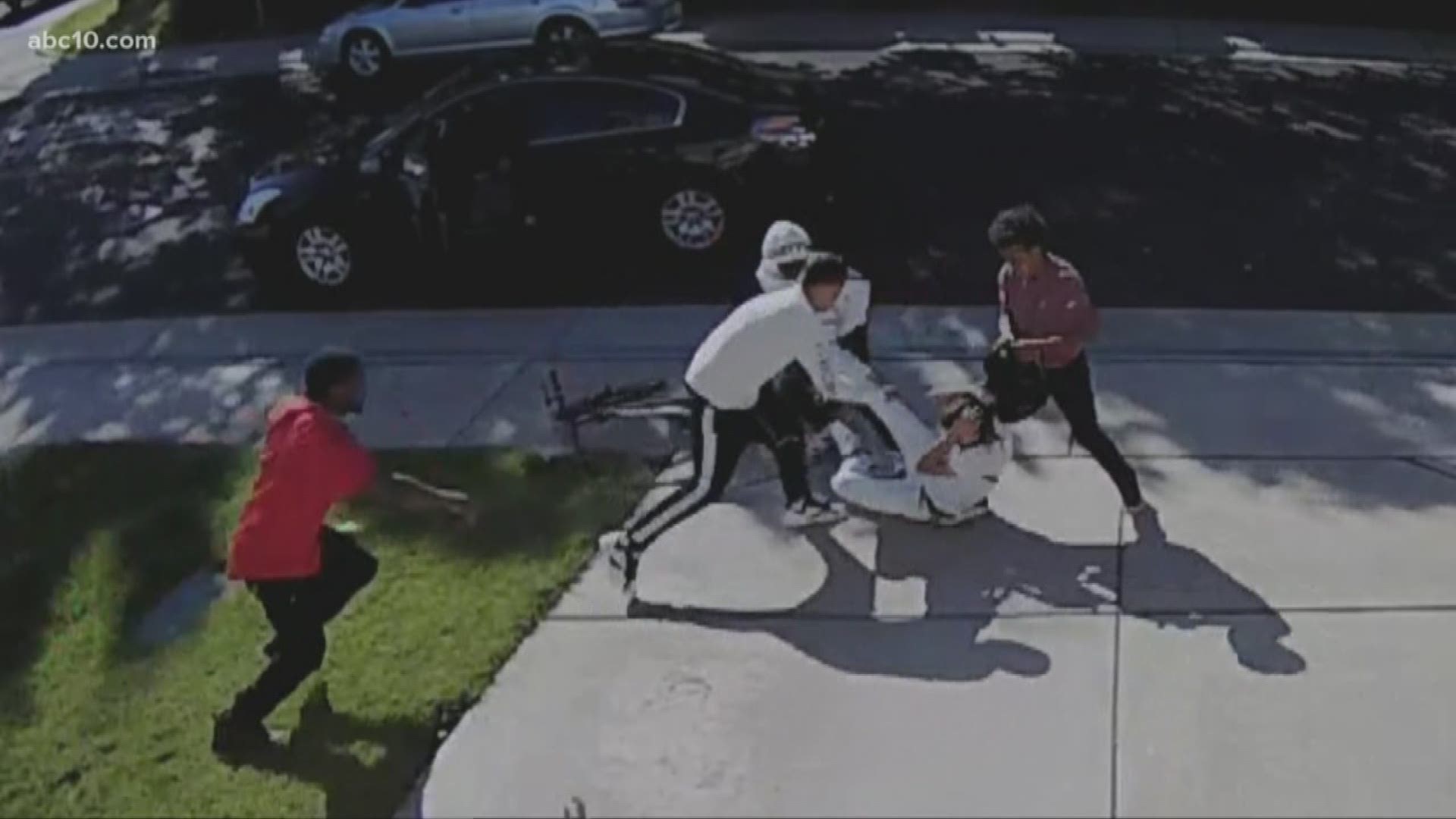 If you are viewing this on the ABC10 app, tap here for multimedia.

Four teens have been arrested for the violent robbery of a 12-year-old boy in Elk Grove over the weekend.

It happened on Saturday around 4 p.m. near the corner of Swann Way and McLean Drive. According to investigators, the four suspects, all 16 or 17-years-olds, were caught on a home surveillance camera attacking a 12-year-old boy, pushing him off his bike, kicking him on the ground and taking his shoes and cell phone.

"It was very scary and I couldn’t feel anything," said the boy who was attacked. He didn't want his identity shown.

The boy says the teens were following him while he was on his way home from school. When he got close to the corner of a street, he was attacked.

With help from the video and other witnesses, police were able to identify and arrest all four suspects. All four are facing complaints of robbery and conspiracy. One of the suspects is also facing a complaint of assault with a deadly weapon.

The video has been shared online on Ring.com. Elk Grove Police say without the video, they may not have arrested the teens they believe are involved.

"Our investigators did a good job. A lot of it was thanks to the video that captured the incident and the victim didn’t know the suspects and had we not had the video, and had it not been shared on social media who knows maybe we wouldn’t have identified them and who knows but we did and have them in custody," said Officer Jason Jimenez.

The identities of the suspects are not being released due to their ages. They were all booked into the Sacramento County Juvenile Hall.

If you have any information about this robbery, you are asked to call the Elk Grove Police Crime Stoppers line at 916-443-4357.