Before the cameras were stolen, they captured a man taking them right off five separate homes in one night. 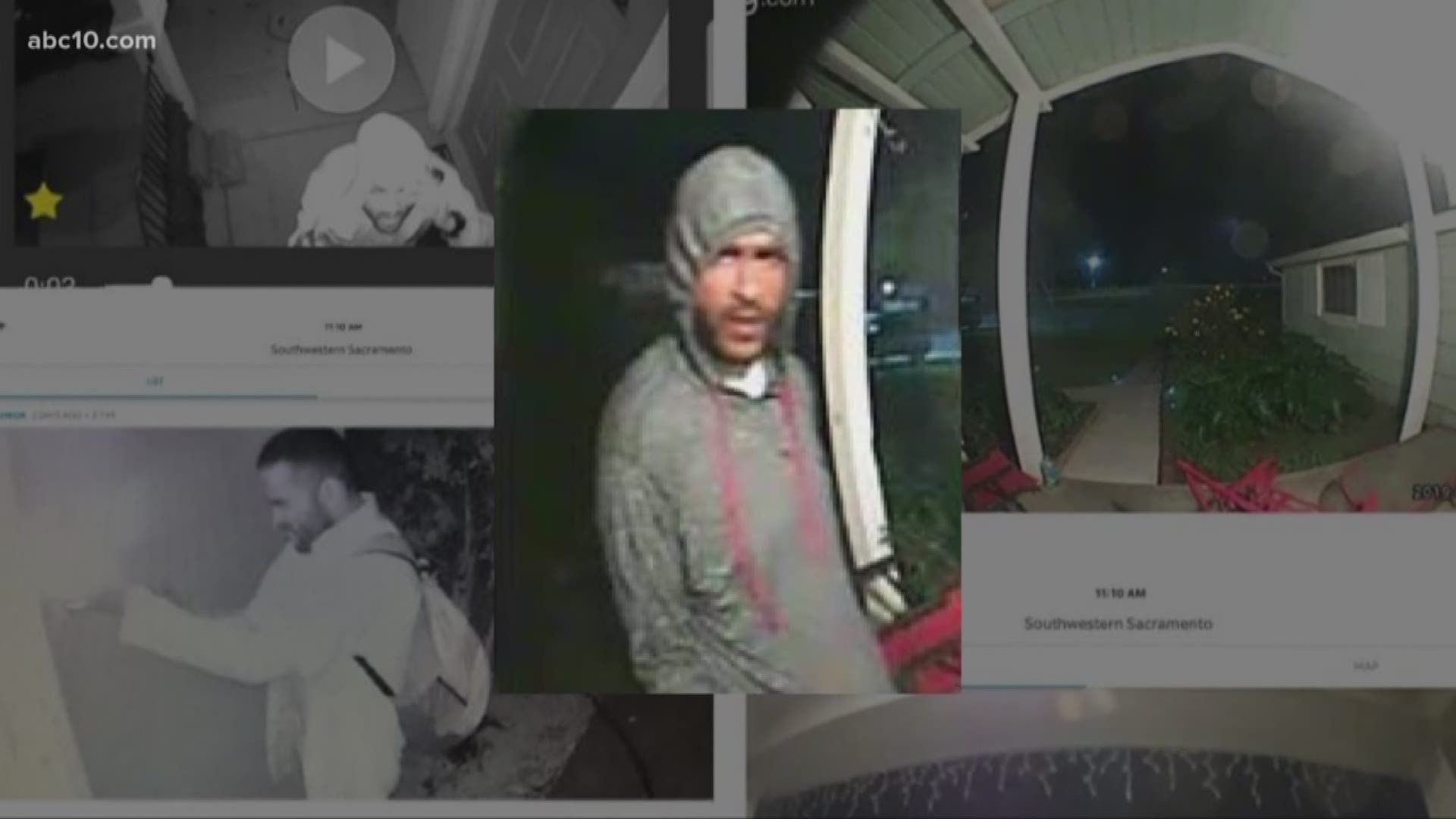 SACRAMENTO, Calif. — Several homeowners in South Sacramento are fed up after a man was captured on their surveillance videos stealing their security cameras.

The post by Linda Jacquez said: "This guy has been in the Mack rd/La Mancha area stealing door alarms. He seems to do this between 1 am and 4am. Last night he hit 5 homes in this area. Here’s some pictures taken last night as he was stealing from the home owners."

One of the thefts happened on Lauren Modellas' street in South Sacramento.

"You just never know if he's casing the neighborhood looking for people with cameras, taking the cameras off," Modellas said.

Her Ring camera is still intact, but several homeowners watched the crime unfold on their phones.

"I would be really mad because those things are expensive to replace and I hope, for his safety, he doesn't come to our house," she said.

Modellas got security cameras after her car was stolen. Her Ring camera has proven to be a good idea.

"We like having the camera. It's a little bit peace of mind. We can pop online real quick, so it's better than not having one," she said.

One homeowner off La Mancha Way shared several videos to ABC10 but asked to remain anonymous. The videos show a man stealing two cameras from outside their home. They have filed a report with the Sacramento County Sheriff's Department.

RELATED: Police searching for man who smashed cars with ax in middle of the night

The homeowner is frustrated. It turns out, this is the second time their entire security system was swiped by another video vandal. Just this past week on March 27 around 2 p.m., their Ring doorbell security system was ripped off their front door wall.

They say it didn't catch anything but the sound of the person taking it off. They set up a new system the same day and then it was stolen.

According to neighbors, the other crimes happened nearby on Rimrock Drive, Circle Parkway, Mack Road and Summerdale.

ABC10 was first alerted to a mountain lion in Natomas when we saw ring.com video of the cat on a woman's porch.