Timeline: Everything that unfolded at the VTA shooting in San Jose 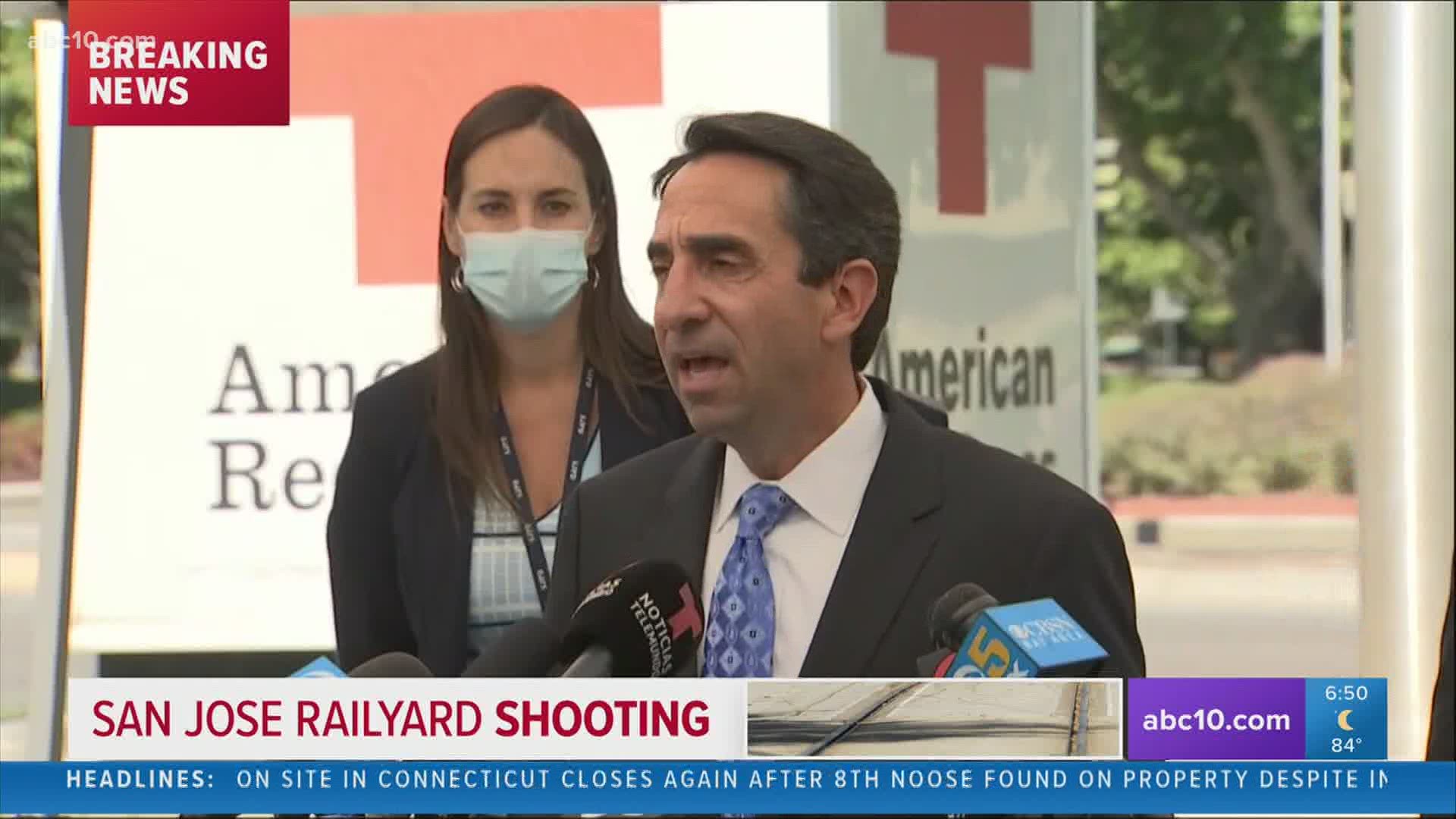 According to reporting by ABC7, the suspected shooter was identified as Samuel James Cassidy.

In a news release from the VTA, they confirmed the suspected shooter was a VTA employee. He was found dead near the Guadalupe Yard where the attack took place. The facility is a transit control center that stores trains and has a maintenance yard.

Deputy Russell Davis, a spokesperson for the Santa Clara County Sheriff's Department, said the victims include VTA employees. An additional victim is still in critical condition at the hospital, deputies said.

RELATED: These were the 8 victims in the San Jose railyard shooting

Here's what we know so far:

6:36 a.m. - San Jose Fire Department responds to a second-alarm residential fire on Angmar Court. According to later reporting by ABC7, Cassidy reportedly set fire to his Angmar Court home before the shooting. ABC7 reported that no one was inside the home when firefighters arrived.

7:12 a.m. - The Santa Clara County Sheriff's Office tweets some of the first details on the active shooter investigation in San Jose and asks people to avoid the area.

8:03 a.m. - San Jose Mayor Sam Liccardo tweets that the shooter at the VTA is no longer a threat and that the facility has been evacuated.

8:08 a.m. - Santa Clara County deputies confirm that the shooter is down.

8:30 a.m.- A press conference shares initial details on the shooting as the investigation continues. VTA Chairman Glenn Hendricks tells reporters, “A horrible tragedy has happened today, and our thoughts and love go out to the VTA family.”

10:30 a.m. - Law enforcement confirms nine people are dead, including the shooter. All the victims were confirmed to be VTA employees. The sheriff’s office also said that bomb dogs alerted law enforcement to explosive devices inside the building but said there was no threat to the public at large.

2:51 p.m. - President Joe Biden comments on the San Jose shooting saying, in part, "There are at least eight families who will never be whole again. Every life taken by a bullet pierces the soul of our nation."

6:01 p.m. - The Santa Clara County Sheriff's Office tweets a news release with additional details on the case that indicates the suspect shot himself when contacted by deputies.

7:44 p.m. - The Santa Clara County Coroner's Office released the identities of all the victims in the railyard shooting, according to reporting by Bay Area affiliate ABC7.