Tommy Frederick Allan was allegedly caught on video saying he stole the documents from McConnell's desk in the Senate chamber, according to ABC News. 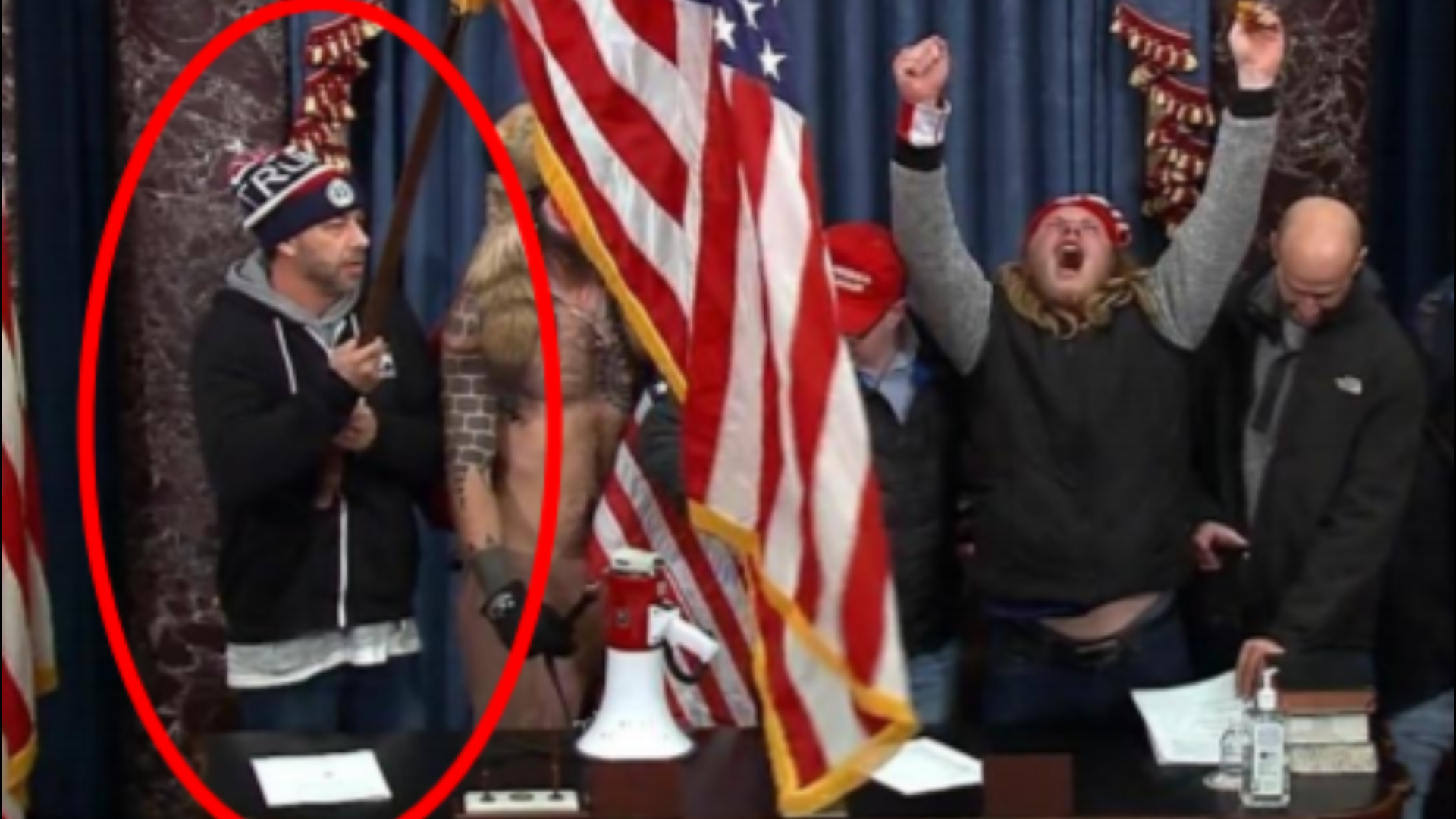 ROCKLIN, Calif. — A Rocklin man is facing charges after stealing documents from the desk of then-Senate Majority Leader Mitch McConnell, R-Ky., during the deadly riot at the US Capitol on Jan. 6, 2021, according to several media outlets including ABC and NBC News.

Tommy Frederick Allan was allegedly caught on video saying he stole the documents from McConnell's desk in the Senate chamber. A video posted by The New Yorker from inside the Senate Chambers also seems to show Allan taking a document and placing it in his back left pocket, according to the FBI.

Airline records show that Allan traveled from Sacramento to Washington on Jan. 5 via American Airlines. He later returned to Sacramento on Jan. 7.

According to a criminal complaint filed on Jan. 20 in federal court in Washington, D.C, someone uploaded a tip about Allan to the FBI website along with four images of Facebook posts from Allan's account.

"This guy named Tommy Allan had several personal videos posted from the Trump Rally that shows them leaving and saying they are going to storm the Capitol, he then has one of them breaking windows and some footage from actually inside the Capitol building, talking to Capitol police," reads the complaint. "He also shared a disturbing post that said the next step of the Insurrection was to get rid of Justice Roberts.”

Credit: IN THE UNITED STATES DISTRICT COURT FOR THE DISTRICT OF COLUMBIA
Images from court documents show screenshots from Tommy Allan's Facebook page.

Days later more people sent tips to the FBI. One tipster said Allan took down his Facebook page after returning to Rocklin from Washington, D.C., and destroyed the documents he took from the Senate building in his backyard.

Allan was arrested and faces charges of violent entry or disorderly conduction on Capitol grounds, entering a restricted building or grounds, and damage or theft of federal property, according to a criminal complaint filed Jan. 20 in federal court in Washington, D.C.

Court documents show that Allan was released on personal recognizance. He is required to report telephonically to Pretrial Services upon release from Custody. ABC10 reached out Allan's lawyer, Linda C. Allison for comment. "Thank you very much for the opportunity," said Allison. "But we have no comment at this time."

Allan is not the first local person to be connected to the deadly riot at the US Capitol. A Sacramento man has resigned from his positions in the California Republican Assembly (CRA), a Republican volunteer organization, after it was learned he participated in the violent, pro-Trump siege. A Colusa County woman was also arrested for being inside the U.S. Capitol building. An anonymous caller told the FBI that someone with "a close relation" to them had posted a video on Facebook inside the U.S. Capitol building during the riots, according to an FBI report.