Murder in Cabin 28: Why detectives say they are closer than ever to solving the Keddie Murders case | Unsolved California

It has been 40 years since the most horrific crime in Plumas County history, the Keddie Murders. 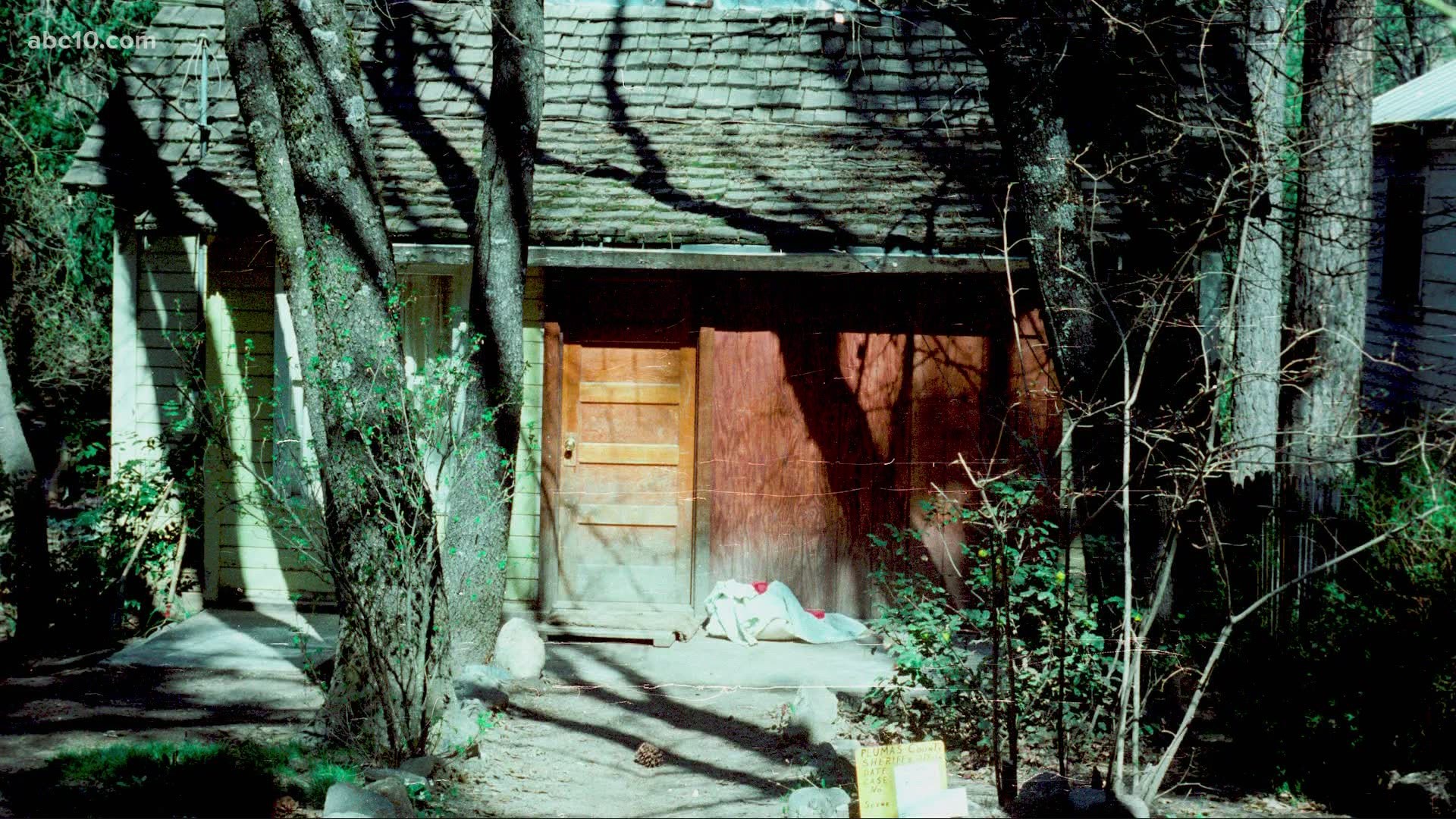 KEDDIE, Calif. — It has been 40 years since what is known as the Keddie Murders took place in rural Plumas County.

It's a case that involves a triple-slaying and a missing child whose remains were later found. The case remains cold.

"This thing was planned to a certain degree," said former Plumas County Sheriff

On the side of State Route 70, on the way to Quincy, a rickety wooden building with boarded-up windows stands. It is labeled "Keddie Resort."

It's a marker for people driving this route daily and also a marker in the community. The horror happened at the Keddie Resort in Cabin 28 on April 11, 1981.

Sheila Sharp, 14, spent the night next door to her home in Cabin 28 with a friend for a sleepover. She came home to change clothes for church when she discovered three bodies inside covered in blood.

Credit: Plumas County Sheriff's Office
Photo of the back of cabin 28 where the Keddie murders took place.

She would later learn the victims were her mother, Glenna "Sue" Sharp, her brother, John Sharp, and her brother's friend, Dana Wingate.

Not only did Sheila Sharp make a traumatizing and gruesome discovery, but she also discovered her other siblings, Greg and Ricki, and their friend Justin Smartt, were unharmed in a spare bedroom.

A hammer and knife were recovered at the scene, believed to be murder weapons.

Investigators later determined someone was missing from the home, Sheila's 12-year-old sister Tina Sharp. It was believed she was abducted. Articles were written in the Feather River Bulletin newspaper but Tina was not found.

Watch Part 1 of the Keddie Murders case | Unsolved California below

Investigators told ABC10, Tina is central to this case.

"You kill three people in a cabin and you leave the remains there to be discovered. I think Tina was absolutely central to why this happened. I think there was something about Tina that could not be left there to be discovered. It’s my strong sense that there's something about Tina that did not allow for her to be left there," said former Plumas County Sheriff Greg Hagwood.

Meanwhile, sketches of possible suspects were released to the public, based on Justin Smartt's recollections of that deadly night. Smartt was found in the spare bedroom and gave conflicting stories, saying both that he witnessed the murders and was dreaming.

Then, on April 22, 1984, a little more than three years after the murders, someone collecting bottles in the woods in rural Butte County, about 100 miles from Keddie, found human remains. The remains belonged to Tina Sharp.

Shortly after news broke of the discovery, a mysterious phone call came into the Butte County Sheriff's Office.

"I was watching the news and they were talking about the girl found at Feather Falls. I was just wondering if you thought of the murder up in Keddie. In Plumas County a couple years ago, where a 12-year-old girl was never found," the unidentified caller said.

Whoever made the call knew something specific about what happened at Keddie.

This call wasn't investigated initially as it was left in evidence for Detective Mike Gamberg to find.

"We found evidence that was never brought forward by the officers and department of justice," Detective Gamberg said about his frustration with the early investigation of the case.

Martin Smartt initially told investigators he was missing a hammer. That hammer was found in 2016 in a pond down the road from where Cabin 28 once stood.
Investigators believe it was intentionally placed there.

Smartt fled Keddie after the murders. Another red flag. And what may be even more telling, is what he wrote in a letter to his then-wife Marilyn:

"I've paid the price of your love & now I've bought it with four people's lives."

Martin Smartt died in 2006. John Boubede died in 1988. But are there others involved?

"I believe there are two individuals that are alive and accessories after the fact," Gamberg said.

Gamberg and Hagwood say they are closer now to solving this case than ever before.

“I think it would lift an incredible weight to clear the dark skies that have hung over that community and the surviving family members," Hagwood said.

The surviving family members have been severely impacted by this case.

"Things came to an abrupt screeching halt. Opportunities and experiences that were denied. By such a cruel heinous act. It’s unforgivable," Hagwood said.

To solve this case, a weight would be lifted. Darkness would no longer cloud Keddie and the minds of all those involved.

"I believe in one-way shape or form we are going to pull this together," Detective Gamberg said.

WATCH NEXT: Why has California had so many notorious serial killers? | Unsolved California