Law enforcement across the region say catalytic converter thefts are on the rise and thieves can sell them, which could end up costing you thousands. 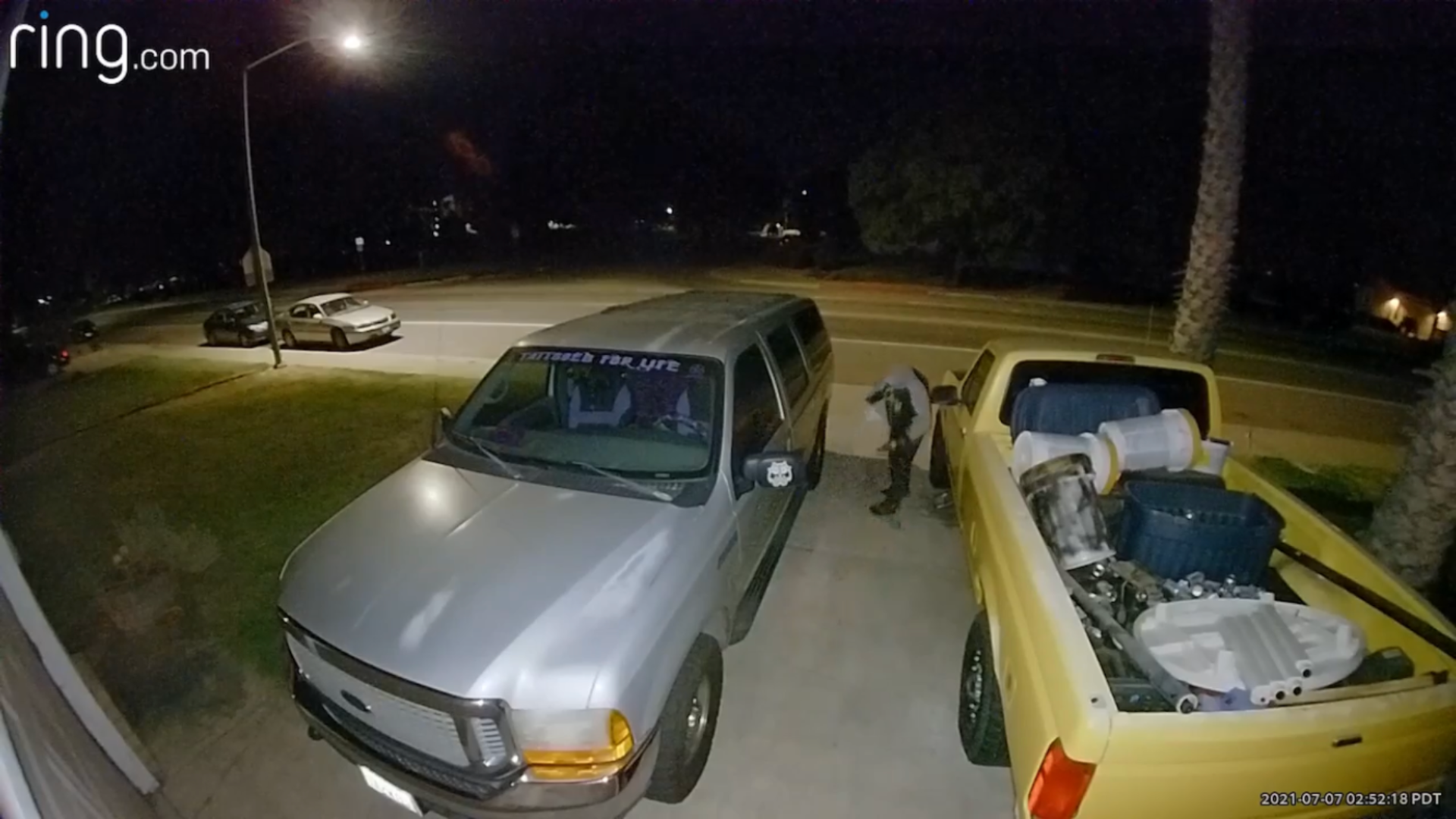 TURLOCK, Calif. — When a suspected catalytic converter thief returned to the scene of the crime at a Turlock home, the family he allegedly tried to victimize wasn't having any of it.

Around 3:30 a.m. on July 6, the suspected thief was caught on Ring camera video trying to saw a catalytic converter off a car belonging the Mascorro family.

“He was obviously having a hard time getting it,” she said.

He apparently had so much trouble that he left without it, but did some serious damage in the process. He was caught on camera returning the very next night to finish the job.

The family blocked the underside of the car with some spare tires and left a note for the suspected thief.

Ring camera video shows the would-be thief reading the note and taking off.

The Mascorro family filed a police report with Turlock Police Department and is warning car owners to watch out. Law enforcement across the region say catalytic converter thefts are on the rise and thieves can sell them for dollars while it could cost you thousands.

Deandra Wiley, Crime and Community Information Analyst with the Turlock Police Department, said the best tips car owners can take is to park their cars in a garage, install security cameras and lights to deter would-be thieves, and installing aftermarket cage or plate to prevent and deter thefts.