It was late on a Saturday night in 2001. Andrew Witherow and Loc Huynh traveling on Highway 99 when someone pulled up next to them and opened fire. 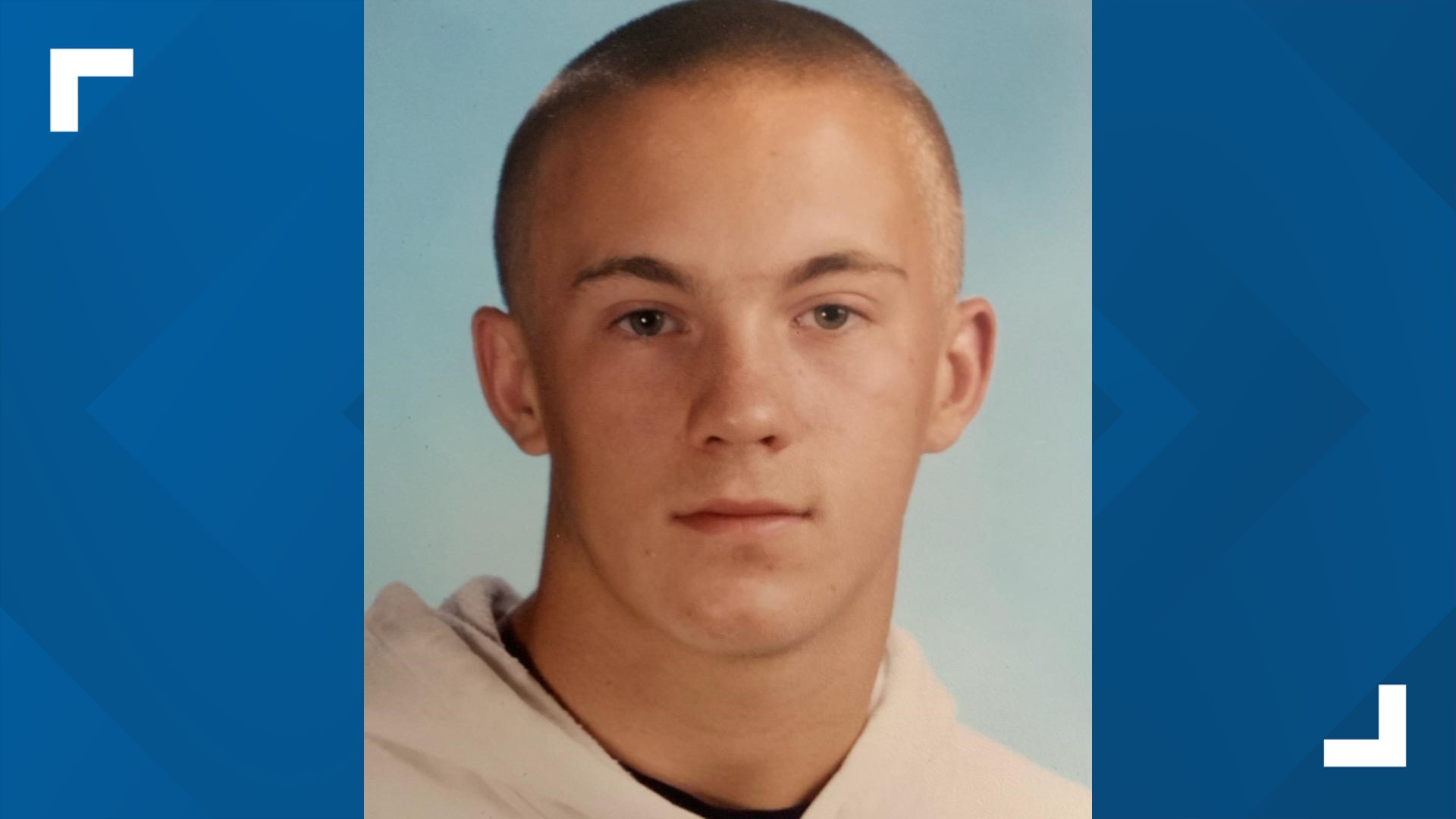 SACRAMENTO, Calif. — Nearly 20 years ago, 20-year-old Andrew Witherow was shot and killed in a drive-by shooting on Highway 99 in Sacramento County.

He was a passenger in a car that crashed and erupted in flames. The driver was also shot but survived.

ABC10’s Madison Wade sat down with Witherow’s sister and also the detective who worked the case in 2001.

It was late on a Saturday night on June 1, 2001. Andrew Witherow and Loc Huynh were in one of the few cars on Highway 99 at the time. Huynh was in the driver’s seat.

“Were they in the wrong place at the wrong time? Definitely,” Julia Robinson, Witherow’s sister, said.

They were heading north approaching the Fruitridge exit when someone pulled up next to them and starting shooting.

Huynh called 911 to report he and Witherow had just been shot. He stopped driving in the middle of the highway, causing several cars to hit them. Their car erupted in flames.

Huynh escaped but Witherow did not.

“It was an absolute shock. It was so devastating that I blacked out for weeks. Just in disbelief. It was a really, really hard time,” Robinson said. “He was my protector.”

Robinson said Witherow was a good guy with a lot of close friends but shortly before this tragedy, things started to change.

“In those more recent weeks before his death, he was hanging with a new crowd. We didn’t know very well,” Robinson said.

Robinson has many questions about what happened to her brother. She said multiple times, it doesn’t make sense.

“Was it gang-related? Was it random? Was he caught in the crossfire of something else?” Robinson asked. She reiterated her brother was a good kid.

What will it take to solve this case? Robinson said someone needs to come forward.

“I think it would have to be someone directly involved,” she urged.

Desperate for a tip

In 2002, a $5,000 reward was set up for information leading to an arrest. The detective at the time told ABC10 they had exhausted all leads.

“At that point, we had a big mystery on our hands,” said retired Sacramento Police Detective Rod Guerra.

And 20 years later, they still have no leads.

“There were two bullets taken from Andrew and those are both examined by the crime lab and the results are inconclusive,” Guerra said.

Guerra said Huynh was shot three times and one had fractured his jaw. He couldn’t give a verbal statement to investigators when this happened because his jaw was wired shut.

“It was a limited interview because he couldn’t talk. You are stuck at that point because you can’t get details that you really want,” Guerra said.

Robinson doesn’t know Huynh well. She believes he may know something worth reporting.

“I often wonder if he chose to tell a story out of fear. Protecting himself,” she said.

“When we were first talking with Loc, the indications were that this was some type of a road rage incident. It’s an odd thing even in this day and age,” Guerra said.

ABC10 exhausted all efforts to get in touch with Huynh before the episode aired on Dec. 4 but calls were not returned.

“I hope people see this and remember who he was to me and maybe they know someone who knew something,” Robinson said.

Her brother meant the world to her and the hole in her heart hasn’t healed in almost two decades.

“I have longed for justice. It’s just not fair,” she said.

“Andrew was 20 years old. It’s hard to see his life was just starting and ended right there,” Guerra said.

If you know anything about this case, you can contact the Sacramento Police Department here. (https://www.cityofsacramento.org/Police/Contact/Crime-Tips) Anonymous tips can also be given to help solve cold cases.