Murdered with a machete on 15th & K Streets in 2011. Who killed Vanthoeun Som? | Unsolved California

It was a night out gone wrong. Three friends were stabbed in a parking lot on 15th Street and K Street on November 12, 2011. One did not survive. 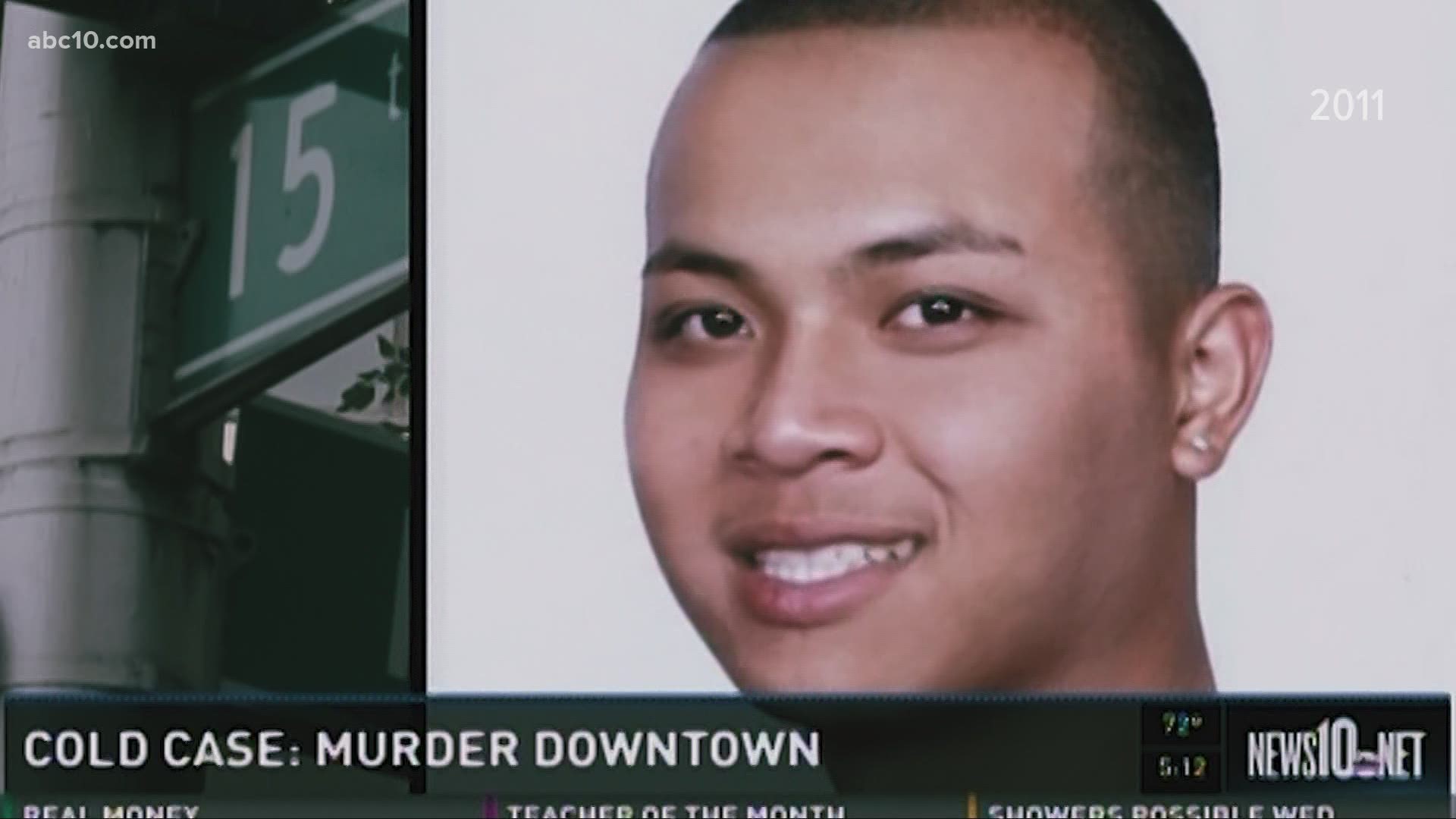 SACRAMENTO, Calif. — A young father was murdered with a machete outside of a Sacramento nightclub in 2011 and the case remains unsolved.

It's a unique cold case and it leads to something unexpected. The family of Vanthoeun Som are desperate for answers and need help solving the case.

It was a night out gone wrong. Three friends were stabbed in a parking lot on 15th Street and K Street on November 12, 2011.

What was supposed to be a weekend birthday celebration turned violent.

"Three guys approached them and from what I was told, they asked the guys for money and one of his friends said go find a job, stop asking for money. Words were exchanged and someone pulled out a machete," Mora Som, Vanthoeun Som's sister.

According to ABC10 archives and reporting, two suspects were seen on surveillance video but were never caught.

The two friends of Vanthoeun survived their injuries. Three days after the attack though Vanthoeun died.

"We were really close. He is my younger brother. He was the first person I would call and so not being able to have that someone anymore was hard the first couple years," Mora said.

Mora said whoever killed her brother tore her family apart.

"Every time I look at his son, it hurts," she said.

Vanthoeun's son is now 10-years-old. He was very young when his father was murdered.

A photo of Vanthoeun's son can be seen on Sea Bowl Elk Grove's Instagram for their business. It's a photo of his gravesite with an array of Asian cuisine in front of it.

"Nine years ago, we had a fundraiser selling food to help with his funeral costs. The amount of support and how much we raised in just two days were beyond our expectations," the post reads.

"If we raised so much in two days maybe this is something I can do for a living," Mora said.

"All we can do is think of the positive outcome. He's watching over us and the restaurant started because of him," she said.

It has been nine years since her brother was killed. She isn't losing hope that his case could someday come to a close.

"I know someone out there knows who did it. Maybe they are living with guilt. Who knows. I hope they turn themselves in. A little boy is growing up without a father," Mora said.

If you know anything about this case, you can contact the Sacramento Police Department here. Anonymous tips can also be given to help solve cold cases.

1 / 4
ABC10 archives
A young father was murdered with a machete outside of a Sacramento nightclub in 2011 and the case remains unsolved.