"To say there are no suspects of person of interests would be lying to you," Detective Sgt. Turnbull said about the case, 14 years later. 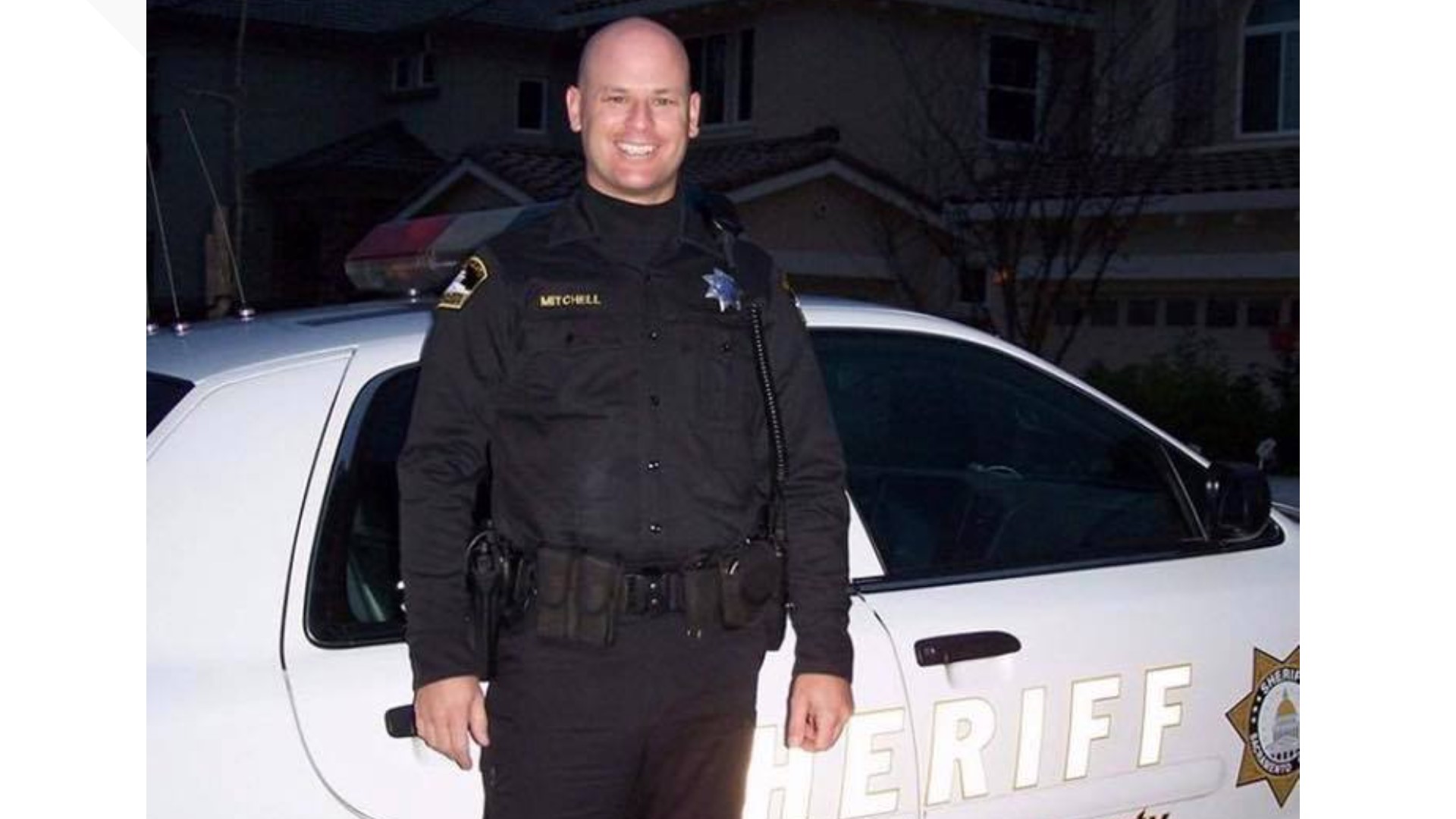 Fourteen years have passed and the case remains unsolved.

Mitchell's killer or killers have not been caught but detectives are hopeful they are close to solving the case of one of their own.

The eerie silence alerted dispatch something wasn’t right. They tried asking Deputy Mitchell for a status but his radio was silent.

It happened at about 3:20 a.m. or 4 a.m. in a remote and secluded area in Sloughhouse. There was nothing around except a white van without plates, as was initially observed by Mitchell.

After trying unsuccessfully to get a hold of Mitchell, dispatch alerted all nearby units to respond.

The first officer arrived in 14 minutes. They found Mitchell lying on the ground behind his patrol car bleeding from a gunshot wound to the head. The white van was gone.

It became clear to investigators, Mitchell fought for his life. There was a violent encounter before someone shot Mitchell with his own gun. He was pronounced dead at the hospital.

"I remember my pager going off and reading my pager that we had an officer down," said Sgt. Tony Turnbull, who was friends with Mitchell. "I was in shock to see his name come across my pager."

An alert was put out on the freeway sign, "officer shot, white chevy van no plate." The very next day, a couple who had seen the alert reported a white van stuck in the Consumnes river down below Highway 49 in El Dorado County.

From the site of the murder to the location of the van is a 27-minute drive, if you are going the speed limit.

"I think they came directly here from the scene," Turnbull said.

The van, already an important find, revealed a horrifying new layer in this case. Inside it was the bodies of the van’s registered owner, 43-year old Allan Shubert and his friend, 28-year old Nicole Welch.

Their cause of death was ruled carbon monoxide poisoning. Turnbull believes they were already dead when Mitchell was shot and killed.

"That’s one of the theories, that Allan and Nicole were already deceased, and whoever was here with them [was] trying to get rid of the bodies. At that point in time, they (the killer or killers) didn’t want to be found when they died," Turnbull said.

The sheriff’s office processed the van, interviewed the families of Welch and Schubert, poured over hundreds of tips, and investigated all leads, but the circumstances of this case, time of day, lack of evidence at the scene, and no witnesses, make it incredibly difficult to investigate.

Still, Turnbull and other detectives, like Micki Links, insist this is not a cold case.

"After 14 years we have made a lot of strides. To say there are no suspects or persons of interest would be lying to you. We’ve looked at people strongly and they have not been ruled out yet," Turnbull said.

A memorial stands where Mitchell was killed on Meiss Road.

His coworkers are also reminded of him when they go to work. A photo of Mitchell and his family hangs above the sheriff's office's active homicide cases.

Boxes upon boxes of his case files line their cubicles.

"Are we there? I think we are close. We need something or somebody to get us over the top," Turnbull said.

During police week in 2019, the FBI shared Mitchell's story and urged anyone with information to come forward. Anonymous tips can be left on the FBI website, click here.

If you know anything about this case, call Sacramento County Sheriff's Office at 916-874-5057 or email homicide@sacsheriff.com.

Next week on Unsolved California, ABC10's Madison Wade sits down with Crystal Mitchell Graves, Deputy Mitchell's wife at the time of his murder. What does she want you to know and how is she keeping his memory alive?