Crystal Mitchell-Graves was sleeping when her husband Deputy Jeff Mitchell was shot and killed in 2006. 14 years later, the case is unsolved. 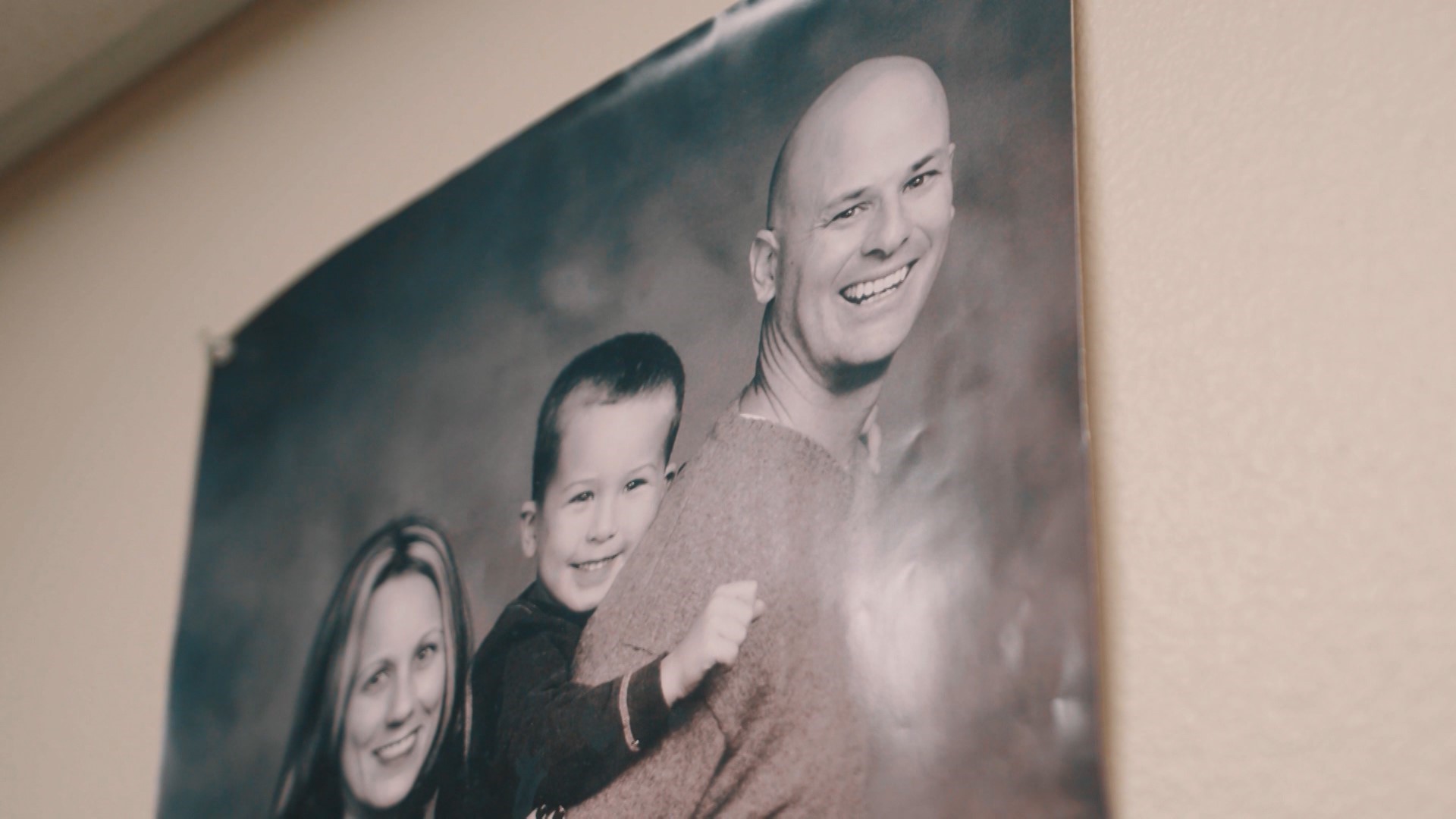 SLOUGHHOUSE, Calif. — It was October 27, 2006 early in the morning. Sacramento County Deputy Jeff Mitchell told dispatch he was checking on a white van without plates on a rural road in Sloughhouse.

After dispatch never heard back backup rushed to the scene. The first officer found Jeff shot and killed.

The van in question was found the next day with two bodies inside.

Whoever shot and killed Jeff may have been trying to get away with getting rid of the bodies. That is one theory that persists.

A memorial now stands where Jeff's murder took place, on Meiss Road. It is the starting point to uncover what happened to him.

"I hope that I get to see the person responsible for Jeff’s case," said Micki Links, a detective with the sheriff's cold case homicide unit.

Detectives have not stopped working on this case and told ABC10 over the last 14 years, they have made a lot of strides.

"How does 14 years go by without somebody being held accountable?" asked Crystal Mitchell-Graves, Jeff's widow.

Crystal is also the mother to Jake Mitchell -- Jeff's only son.

On the morning of October 27, 2006, Crystal woke up to the doorbell ringing at an odd hour.

"There was a bunch of uninformed people out there and my eyes first caught the name chaplain. And right away I knew," Crystal said about the moment she knew, in her heart, her husband was gone.

She drove to the hospital and remembered seeing alert signs on the freeway, "Officer shot. White Chevy van. No plate."

Crystal said the hospital was a blur.

"They told me I couldn’t touch him. They needed to preserve any evidence they could," she said.

At this point, officers and investigators were searching everywhere for information. Crystal knew she had to go home to tell their son.

"When I sat down with Jake, I didn’t even have to say. He asked me, 'Is daddy dead?'" Crystal recalled. "He asked me how he died. I told him a bad man shot his daddy. He wanted to know where and I told him in the head and his next question was why the doctors couldn’t put a Band-Aid on him and fix him?"

Crystal keeps all of Jeff's things in her office. She has photos of him, the flag from his funeral, and keepsakes that are adorned in a shadowbox.

She also has the badge he was wearing when he was killed. When she was given the badge back, she turned it over, and inside was a laminated picture of her and Jake.

Jeff kept Crystal and Jake close to his heart. Crystal said he was the best husband and father.

She keeps her husband's memory alive through the Police Unity Tour. It's an annual bike ride to Washington D.C. to honor fallen officers. She has participated eight times and each time she carries Jeff's name with her on her bicycle and on a bracelet.

Crystal has also become a mentor, friend, and role model for other surviving spouses who have lost their partners in the line of duty.

"Whatever I can do to make it a little bit easier for somebody else who was in my situation or felt the way I did, that helps me. That's where I get my strength," Crystal said.

Credit: ABC10
A photo of Deputy Jeffrey Mitchell and his son Jake stands at his memorial off Meiss Road in Sloughhouse.

"The most important thing in the world is having that killer or killers pay for what they did," she said.

If you know anything about this case, call the Sacramento County Sheriff's Office cold case homicide unit at 916-874-5057.

You can also submit an anonymous tip here, with the FBI.