Police say a 15-year-old girl from Elk Grove and 27-year-old Savannah Theberge were shot and killed in the Rocky Hill Apartments on Saturday. 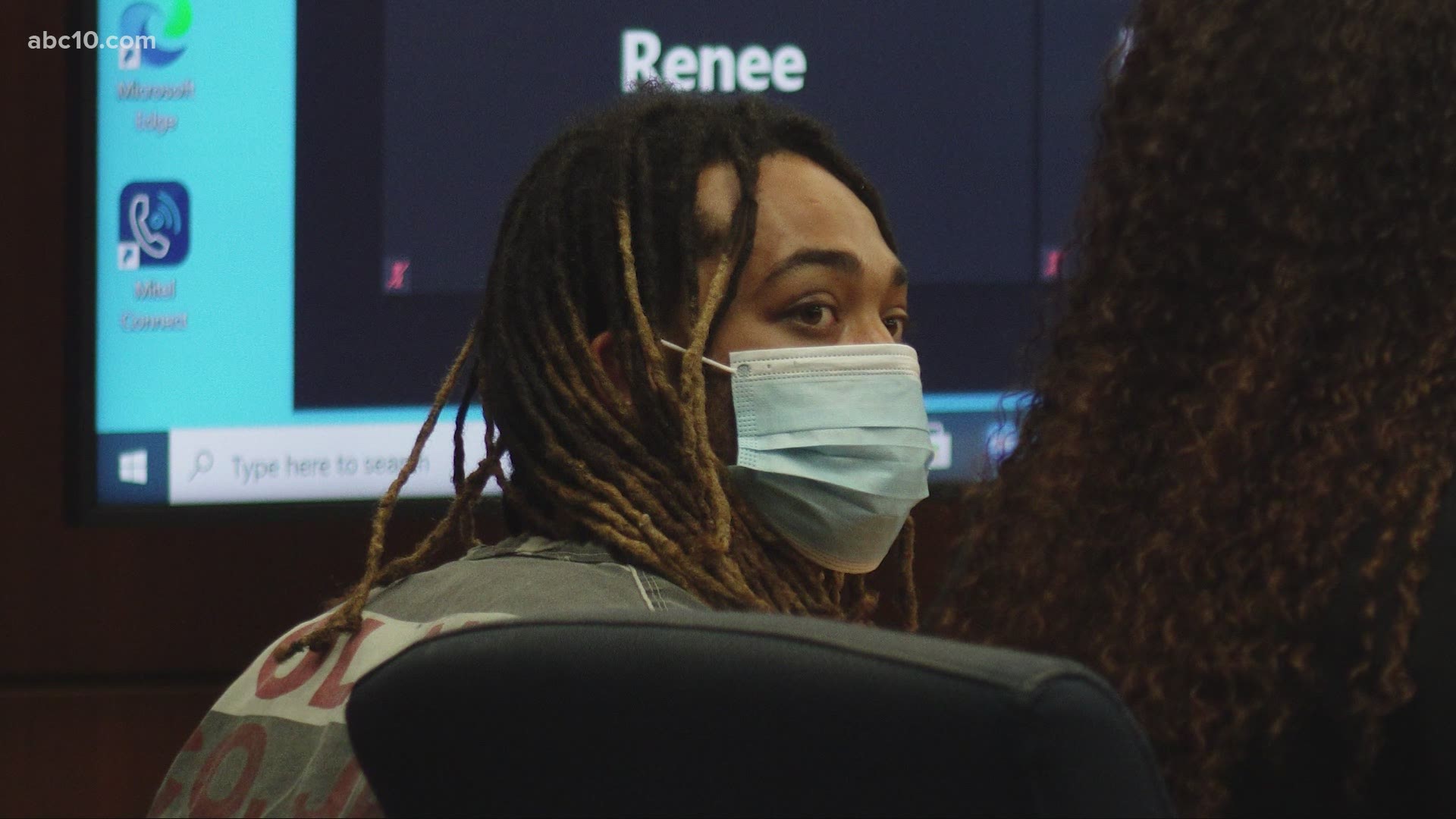 VACAVILLE, Calif. — 29-year-old Raymond Michael Weber, the suspect in a double-homicide that left a 15-year-old girl and a 27-year-old woman dead over the weekend in Vacaville, made his first appearance in Solano County court on Tuesday afternoon.

Weber appeared in court for the first time after the hours-long standoff that shook a community. He faces a charge of felon in a possession of a firearm and two counts of first-degree murder. He was also arrested on a warrant for several felonies, including domestic assault.

"This is a horrific crime that has absolutely shocked our community," Sgt. Katie Cardona, a spokesperson for the Vacaville Police Department said.

Victims include a 15-year-old girl from Elk Grove who has not been identified yet and 27-year-old Savannah Theberge an out-of-state resident with ties to both Georgia and Utah. Both were found dead on Saturday inside one of the Rocky Hill Apartments in Vacaville.

Police say that their officers originally responded to this complex for a welfare check, after hearing about a disturbing live video streaming on social media, posted by the suspect.

That led to about a seven-hour standoff, many failed negotiation attempts and the deployment of tear gas to get inside the apartment.

"Eventually officers entered the apartment and they found the man hiding inside, after a brief struggle, an officer utilized his taser, at which point, the man was taken into custody," Sgt. Cardona explained.

RELATED: 'They never came out' | Double-homicide, SWAT stand-off triggering to neighbors and community

But at that point, it was too late for the two victims, found dead when police got inside. Because this double-homicide does include a 15-year-old girl, police tell ABC10 that detectives who specialize in human trafficking are now looking into this case. They do not believe this to be gang-related at this time.

Detectives say they're working hand-in-hand with the Solano County Sheriff's Office as well as the District Attorney's office to make sure that this case is being investigated thoroughly and accurately.

"We want to make sure that we find out exactly what happened as best as we can," she said.

It's still not clear what the relationship is between the suspect and the two victims in this case, police said that's still under investigation at this time. Weber is expected to be back in court on February 23rd.

WATCH NEXT: Double-homicide, SWAT stand-off triggering to neighbors and community in Vacaville