The couple's infant son was injured and became the sole survivor of the shooting. 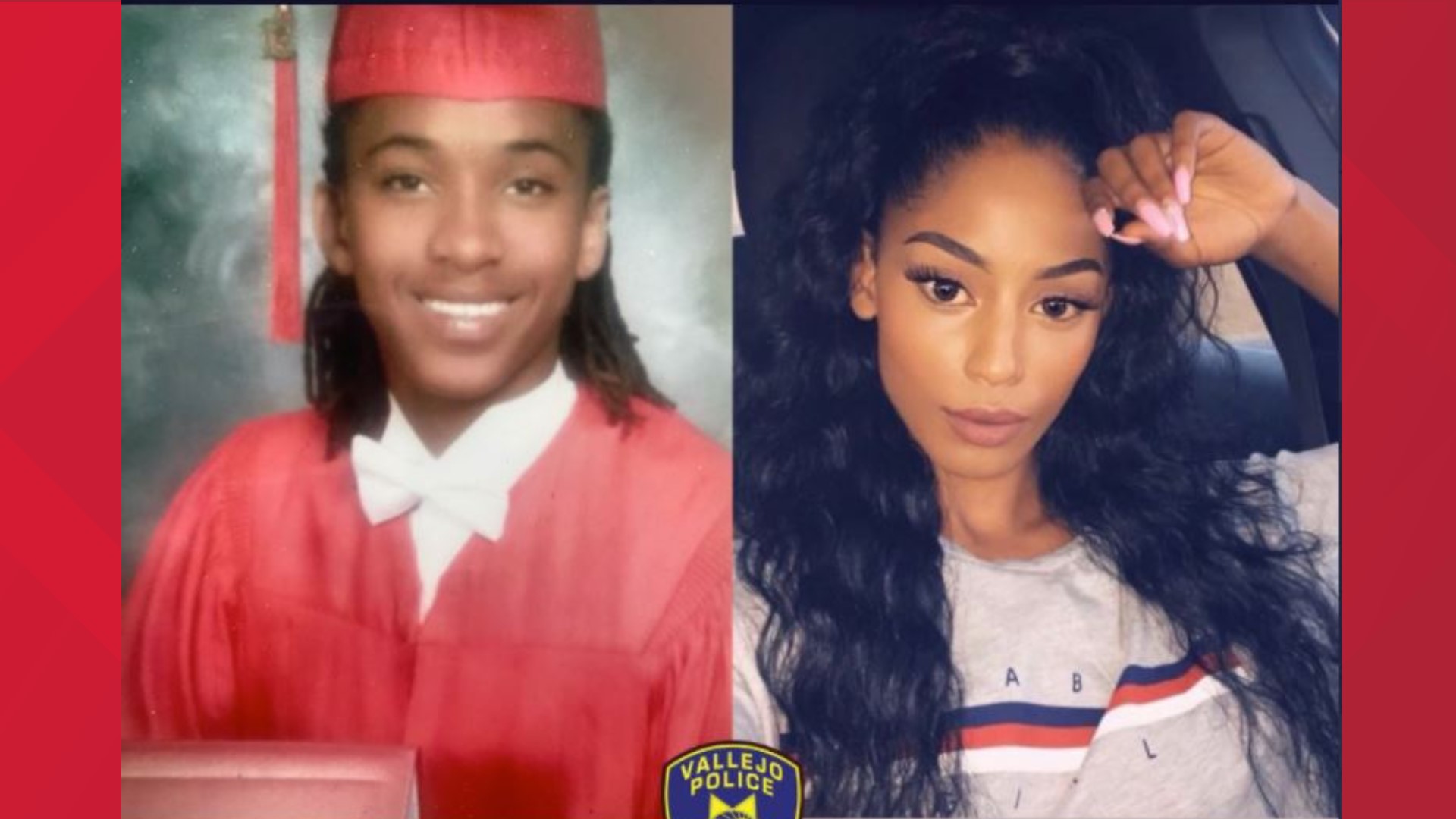 VALLEJO, Calif. — The Vallejo Police Department is asking for the public's help identifying suspects in a double-homicide of a young couple in 2020.

According to a press release from the police department, Joacko Williams Jr., 25, and his girlfriend Rahel Blackmon, 24, were sitting in their car with their infant son when another car pulled up and began shooting into their vehicle.

The couple's infant son was injured and became the sole survivor of the shooting.

Police are now asking the public to view footage of what they believe to be the suspect's car, a 2014-2018 Honda Accord.

"This tragic incident has left another child without their parents and we cannot allow this vicious cycle to continue, said Chief of Police Shawny Williams. "We need your help and must work as a community to help heal generations of trauma and bring justice in this case."

WATCH NEXT: 'I do it for my sister' | Family still hopeful three years after Pearl Pinson kidnapped

Pearl Pinson was last seen on a bridge above Highway 780 on May 25, 2016. She was on her way to school when police say she was kidnapped. Three years later, her family is still hoping for answers.