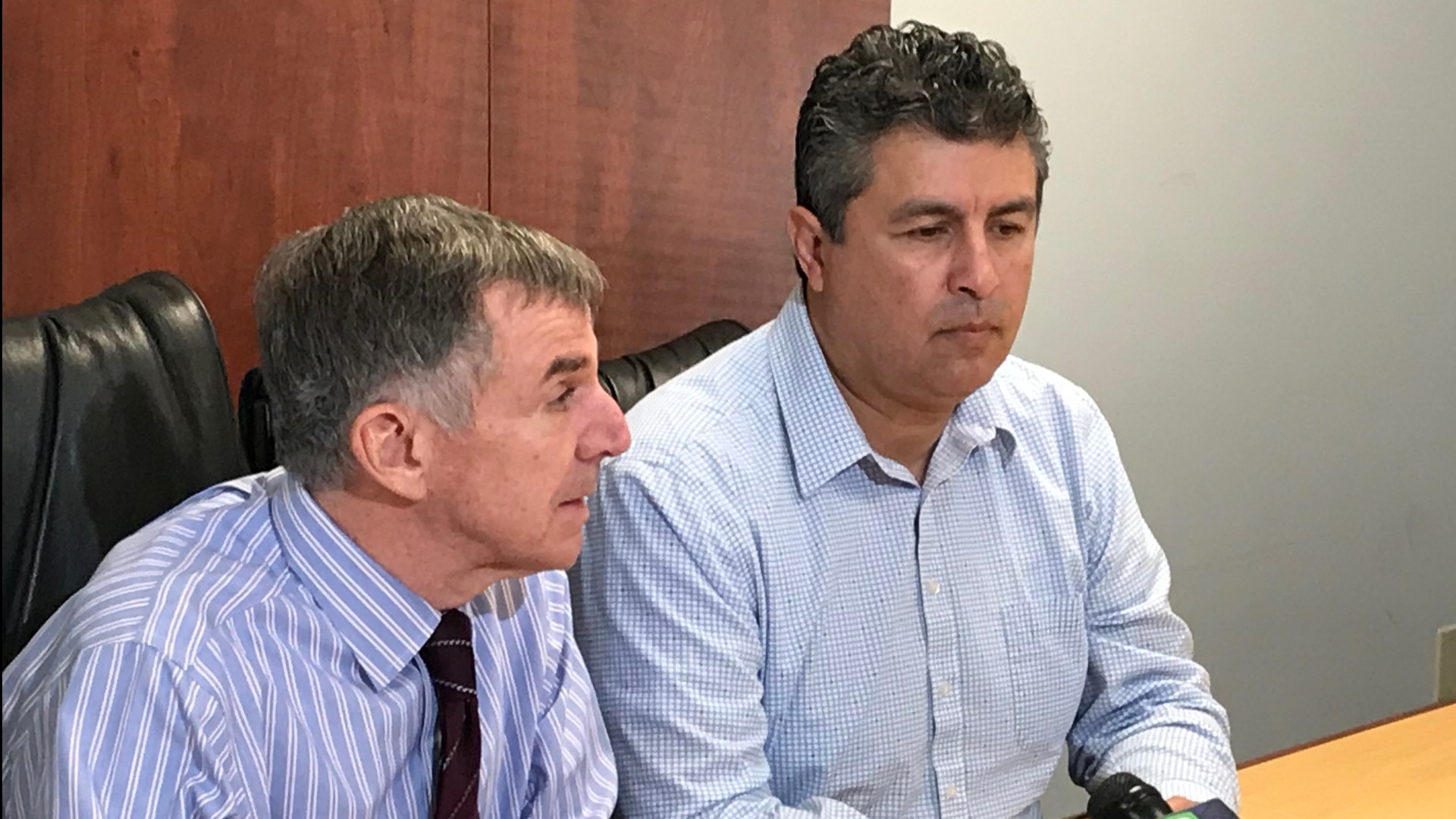 SACRAMENTO, Calif. — A victim of clergy sex abuse in the 1980s has filed a lawsuit after Governor Newsom signed Assembly Bill 218 into law Sunday. The law extends the statute of limitations and provides a three year window for anyone who was molested as a child to use the courts to seek damages.

Juan Ricardo Torres and his attorney Joseph C. George, Ph.D., held a press conference with the announcement on Tuesday.

"We're here because Assembly bill 218 passed through the legislature and was signed by Governor Newsom on Sunday, October the 13th," admitted George. "It was the 30th day for him to sign the bill."

Torres was visibly emotional during the press conference, occasionally wiping a tear from his eye.

"I've basically lived my life not really present. You know, I have three children. My ex-wife says I was a good father, but I didn't really feel like I was because I wasn't present for them."

He said the abuse has followed him throughout his life for the past 30 years.

Unlike many victims, Torres had came forward early on.

"Ricardo's story is different because he actually disclosed in January 1989 to his parish priest the fact that he had been sexually abused," said George.

Torres was 15 years old at the time of the abuse and says the diocese investigated the case. He was told at the time that the priest would no longer have access to children. Instead, the priest alleged of sexual abuse, Jose Antonio Pinal was allowed to continue working as a priest in Cuernavaca, Mexico.

Bishop Jaime Soto from the Diocese of Sacramento issued a statement saying:

"I am ashamed of the letters regarding the transfer of a recognized perpetrator, Fr. Jose Antonio Pinal, with letters from the diocesan attorney, Bishop Alphonse Gallegos and Bishop Francis Quinn. This was a grave failure of judgment and a betrayal of trust. The safety of children is our highest priority. In 1989 those in leadership failed to do so. I must own and atone for this.

"I and my brother priests have worked to make a full accounting. This reckoning is still not over. Our resolve to be transparent and accountable begins with bringing the past to light. My commitment is to help the victims of past abuse and betrayal  as well as ensure all measures are taken to provide a safe sanctuary for all God's children."

Torres said what he wants now is real transparency and a full disclosure from the Diocese of Sacramento about what they're doing now and how they're going about compensating their victims.

Torres said just last month he received an unsolicited Victim Compensation Program packet in the mail from the Diocese of Sacramento. He wants to warn other victims that if they sign, they may never be able to discover the truth about their perpetrator or steps taken by the diocese.