Stanislaus County Sheriff's officials released footage of the May 18 shooting. 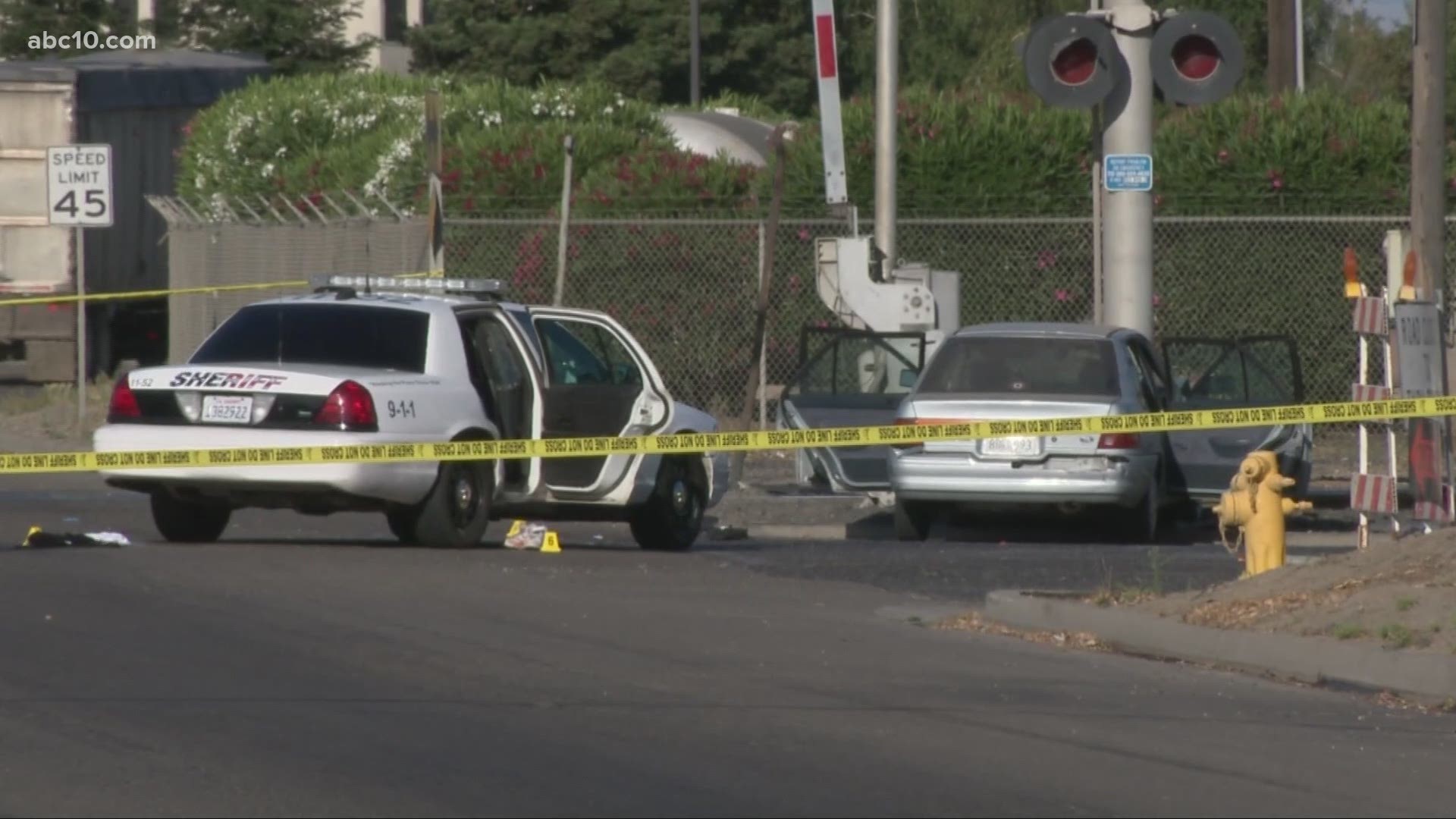 MODESTO, Calif. — The Stanislaus County Sheriff's Office released video Saturday of the incident where a deputy shot and killed a 16-year-old boy during a pursuit.

The shooting happened near the intersection of Finch and McClure Roads in Modesto on May 18. Stanislaus County Sheriff’s officials initially said Xander Mann, the driver, was 17-year-old but clarified that he was 16.

Some of the bodycam footage shows a Stanislaus County Sheriff’s deputy approaching the car, asking him to roll down the windows. Mann sped off when he was asked to turn off his vehicle, which led law enforcement on a 15-mile chase.  The Sheriff's office had previously said it was a 7-mile pursuit.

Sheriff’s officials said at the time that law enforcement attempted to PIT maneuver the car three times, but none were successful. However, they said on Saturday’s announcement that they succeeded after the second try.

An overview shot of the officer shooting was released with the bodycam footage that depicts Mann driving backward before hitting a curb. Mann then is shown driving towards the deputy at high speed.

This is when sheriff’s officials say Deputy Gerardo Zazueta shot Mann. His bodycam was not turned on during the shooting.

There were five teenagers in the vehicle. Mann was the only reported person in the car who was shot.

Mann was taken to the hospital where he died days later from his injuries.

The Stanislaus County Sheriff's Office and the district attorney are still investigating the shooting.

WATCH MORE: Red Flag Laws: What is a gun violence restraining order? How can you get one?