Both shooting death suspects in Stanislaus County line of duty deaths have their cases on hold for mental competency hearings. 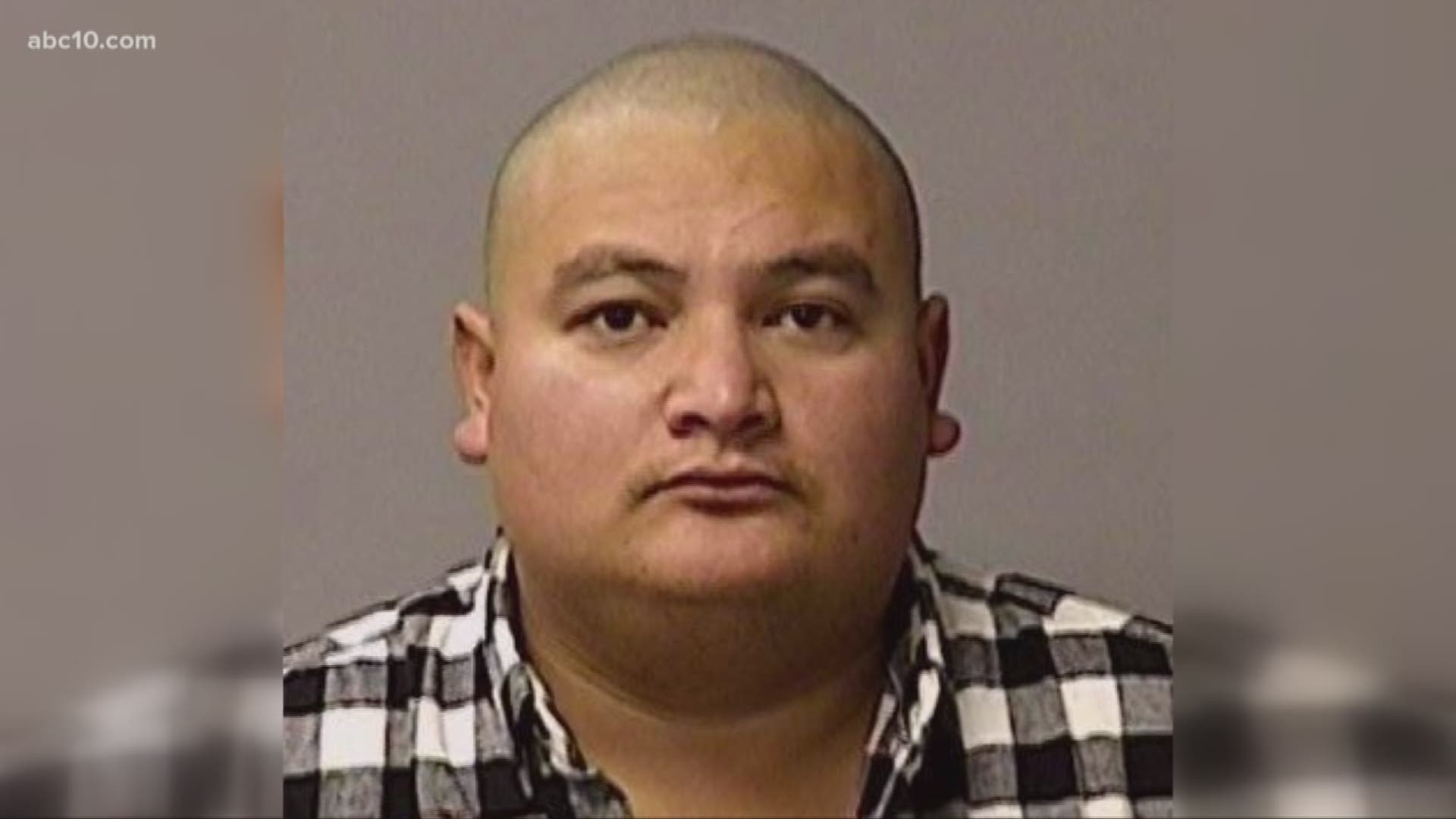 Regardless of the description, the suspects in those cases go through the court system to determine whether they are guilty or innocent of the charges brought against them.

Here’s what has happened so far to the current suspects that were involved in some of Northern California's line of duty deaths:

CHP Officer Nathan Taylor died after being struck by a vehicle on I-80. Police officials said he was assisting with traffic control when a vehicle lost control and struck him. Taylor died the next day.

This incident was determined to be an accident.

In 2016, the Nevada County District Attorney’s Office said the incident was a “horrible accident” and there was insufficient evidence of criminal negligence on the driver who struck Taylor.

Stanislaus County Sheriff’s Deputy Dennis Wallace notified dispatch that he would be checking on a suspicious van just outside the City of Hughson. He requested another deputy for assistance when he learned the van was reported as a stolen car.

Responding deputies with the sheriff’s department arrived within minutes to find Deputy Wallace with gunshot injuries. The deputy died from his injuries.

Authorities eventually arrested David Machado as a suspect in Wallace’s death. According to Stanislaus Superior Court records, Machado is facing four felony charges including murder, robbery, carjacking, and possession of a firearm.

Although he was arrested in 2016, his case has been on hold due to mental competency hearings. His next appearance in court is in January 2019 for a Certification of Mental Competency Hearing.

CHP Officer Lucas Chellew was killed in a motorcycle crash near Stockton Boulevard and Fruitridge Road in Sacramento while pursuing another motorcycle.

CHP authorities said that Alberto Quiroz was riding the motorcycle that Chellew was pursuing when he crashed.

According to Sacramento County Superior Court records, Quiroz pleaded no contest to felony charges that lead to the pursuit. He was sentenced to 10 years in state prison. 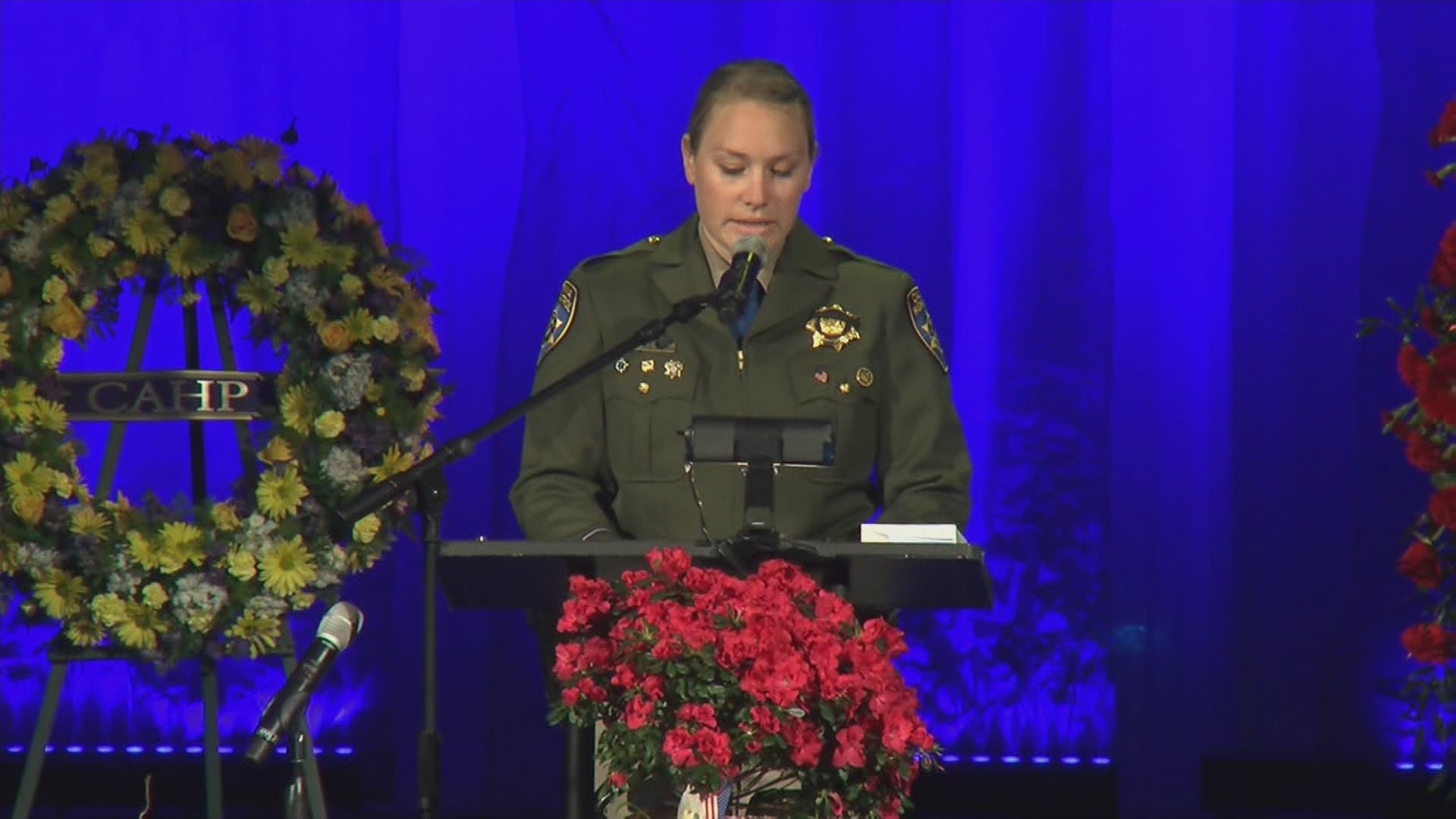 The suspect in the shooting, Thomas Daniel Littlecloud, died as a result of injuries sustained via gunfire after he engaged pursuing officers.

CHP Officer Kirk Griess died in the line of duty after being struck by a vehicle during a traffic stop on I-80 near Manuel Campos Parkway in Solano County. Officer Griess would succumb to his injuries.

Sean Matthew Walker, of Rocklin, was arrested as the suspect in the collision. Walker’s case is currently ongoing.

His next appearance in court will be for a readiness conference in February, according to the Solano County District Attorney’s office. He’s facing two counts of vehicular manslaughter.

Sacramento County Sheriff’s Deputy Mark Stasyuk and his partner responded to a call regarding a customer disturbance at a Rancho Cordova Pep Boys. Sheriff’s officials said that the incident escalated into a fire fight that resulted in the death of Stasyuk.

The suspect, Anton Lemon Paris who is also known as Anton Lemon Moore, would be apprehended later by other arriving deputies. According to Sacramento County Superior Court records, Paris is facing charges that include homicide attempted murder, and being a felon in possession of a firearm.

His case is ongoing. His next appearance in Sacramento Superior Court will be for a settlement conference in February.

Stanislaus Sheriff’s Deputy Antonio Hinostroza died in the line of duty in Riverbank. He was responding to a sheriff’s department pursuit of an alleged drunk driver when he crashed into a pole and succumbed to his injuries.

Jonathan Gonzalez-Carrillo was arrested as the suspect in the pursuit.

He faces charges that include felony charges of reckless driving with disregard for safety, driving in the opposite direction of traffic, and driving under the influence with one or more separate priors.

According to Stanislaus County Superior Court records, Carrillo went through a Not Guilty by Reason of Insanity Hearing in December and is set to have another one of those hearings in March.

Paulo Mendoza, also known by multiple aliases such as Gustavo Arriaga, was the suspect arrested in the Singh case.

According to Stanislaus County Superior Court records, Mendoza is facing charges that include homicide. However, his case has been put on hold.

Mendoza is undergoing mental competency hearings. Records show that doubts regarding his mental health were declared in early January. His next court appearance is a Mental Competency Hearing in February.

The reason behind mental competency

Both of the suspects in the Corporal Singh and Deputy Wallace cases have at least one similarity. They are both cases on hold for mental competency hearings.

According to Stanislaus State University Associate Professor Dr. Blake Wilson, who specialize in Criminal Justice, both Machado and Mendoza are undergoing hearings to see if they are competent enough to stand trial.

“A defense attorney is duty-bound by the court to notify the court, if they believe the defendant is incompetent to stand trial,” said Wilson.

The allegation can be made by either the lawyer or by the judge. After that happens, the courts suspends the hearing and evaluations go underway to determine if the defendant is competent to stand trial.

“In my opinion, this is rarely what we consider a defense strategy," Wilson added. "It is not something that attorney’s use in order to gain some kind of advantage in a criminal case.”

How long can these hearings last?

Wilson said that if the defendant is found to be incompetent, then there is no trial.

However, the law allows courts to hold the defendant for the maximum amount of time that penal code has for the charges against him.

“He could theoretically be held indefinitely so long as he’s found incompetent,” Wilson added.

While there are a number of methods to help restore competency, Wilson says that the vast majority of defendants are eventually found to be competent. After that happens, the cases proceed as normal. However, the time span to prove competency varies from case to case.