St. Francis HS said 'We see you. We hear you.' But current, former students of color say otherwise

"She said the n-word — hard 'r' — in that meeting, and nobody said anything to her," recalled one former St. Francis HS student who says the school has race issues. 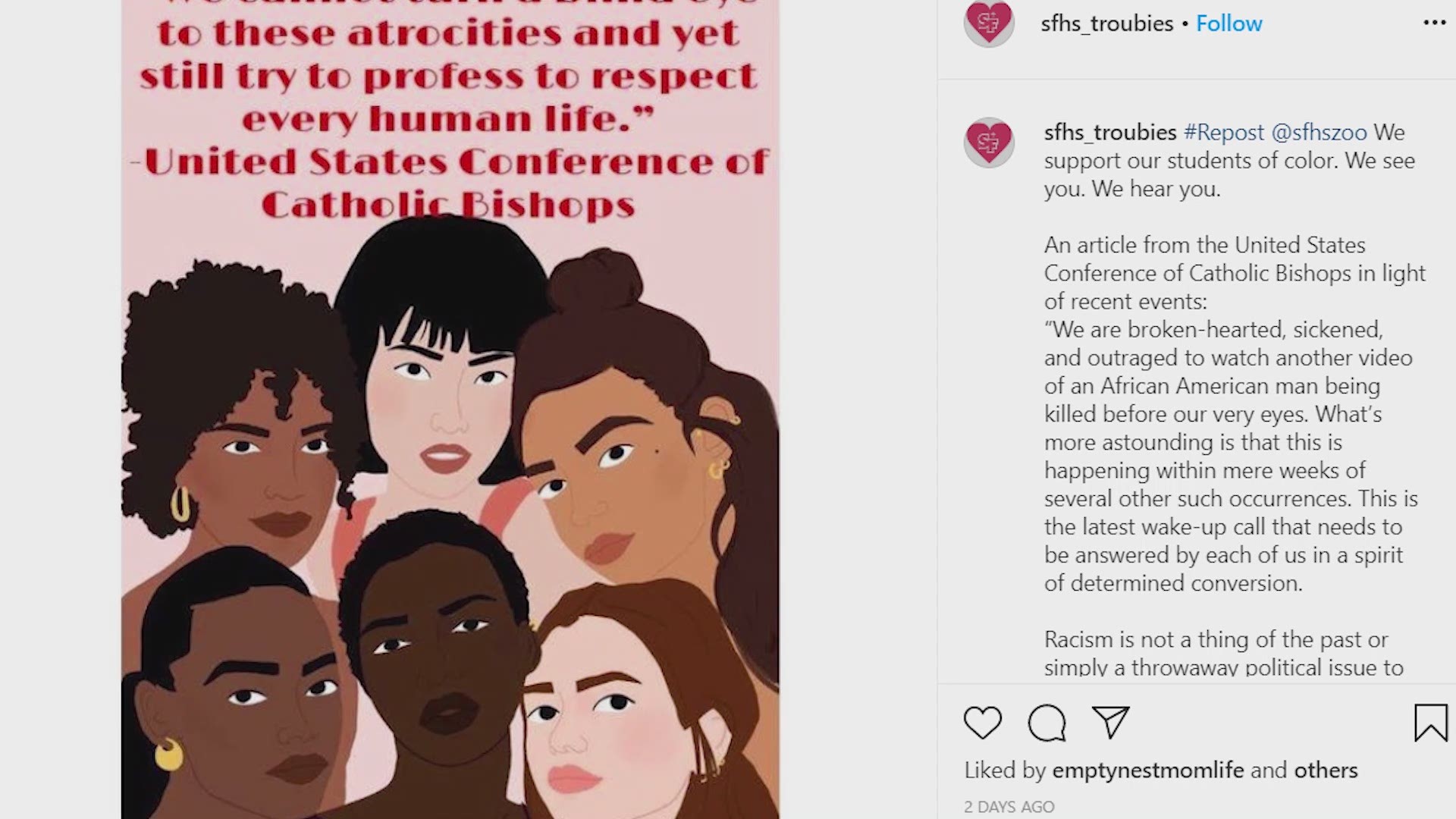 SACRAMENTO, Calif. — It started as a seemingly innocent Instagram post by St. Francis High School, an all girls Catholic school in East Sacramento. Like many schools and organizations, St. Francis responded to the police killing of George Floyd by posting a statement of solidarity with their students.

In a reshared post of an illustration of six women of various races, school officials wrote: "We support our students of color. We see you. We hear you."

The post drew more than 1,000 comments, most of which came from former and current students who say school administration doesn’t support students of color.

"Seeing them say they are in solidarity with us is just so empty, because they never [showed it]," Alexis Dozier said.

Dozier graduated from St. Francis and said that she still vividly remembers when she encountered racism during her time at the school. Dozier said her white classmates would use the n-word and make derogatory remarks to Latino students.

"Me and so many other people have felt scared to go to class — dreaded going to class — because we know we wouldn't be supported by the teachers, and they wouldn't do anything if they heard racist or offensive things," Dozier said.

Dozier told ABC10 about a club meeting when Black students were voicing their concerns about race issues at the school and administration was insensitive to how the students were feeling.

She said one teacher even said the n-word when addressing students and staff.

"She said the n-word — hard 'r' — in that meeting, and nobody said anything to her. It was a student who had to say 'That's not right,'" Dozier recalled.

Sydney Williams, a senior at St. Francis, said she remembers the club meeting when the teacher said the n-word and no apology was made to the students afterwards.

Williams said she battled with racist remarks in the halls of St. Francis, being called a monkey by a white students and teachers not doing enough to resolve the issue.

"I would say the amount of times that I've gone to the office and not been satisfied with the way that they've dealt with it at some point, I stop going to them about it," Williams said.

St. Francis High School and church officials declined an interview regarding the incidents, but released a statement saying, in part, that racism has no place in the school or in the community.

"We are proud of our students and alumnae who have shared their stories and wounds—holding the mirror up to our school so that we can see where we’ve failed and how we need to change and continue to get better," the statement read. "When we hear that students of color experience our school in a negative way, as we’ve heard so clearly on social media, we’re going to work hard to address it."

The school added, "The dialogue that is going on on social media is another opportunity to hear and better serve our students. We've made mistakes. People have been hurt. We hear the call to do better. We can and will do better."