With 10 weeks until the application process opens, college admission experts are telling parents and kids to be prepared for some changes. 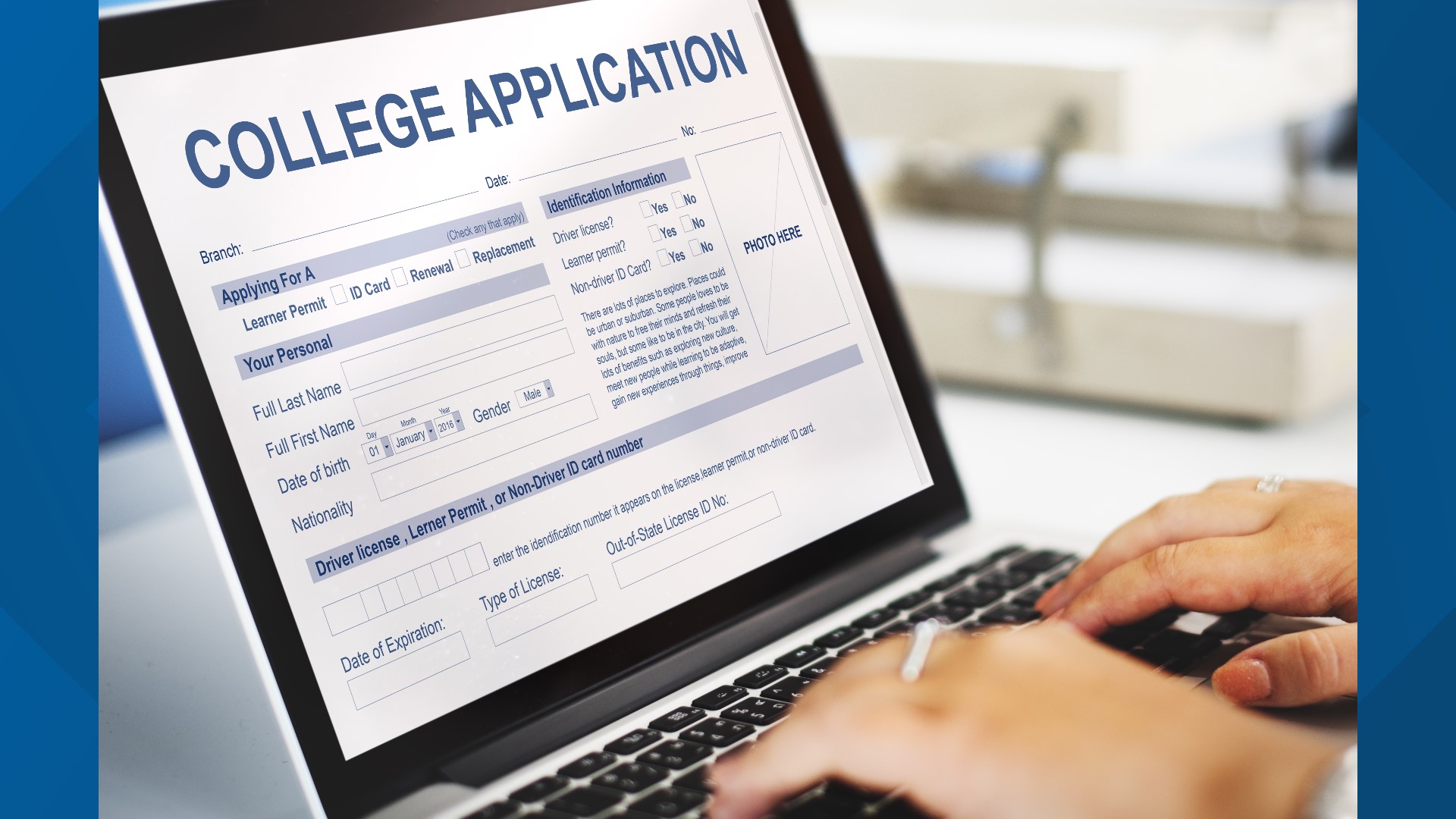 INDIANAPOLIS — At this time last year, as college admission season approached, many predicted that admission requests would be down, and kids would stay closer to home because of the COVID-19 pandemic. That turned out not to be true.

Harvard University recently announced they had a 47 percent increase in applications last year.

Neha Gupta with "College Shortcuts" said the rise in applications was a surprise to college admissions experts.

"So last year, everyone thought that people would go to local community colleges or stay close by because scores were not being looked at, such as the SAT and ACT, and GPAs were a thrown out the window due to the fact that we went to online learning and a lot of changes happened," Gupta said. "Students were applying to, on average, 10 to 15 or even 20 schools, including some of the most competitive, so the opposite of what we thought would happen during the pandemic."

Now, with 10 weeks until the application process opens, college admission experts are telling parents and kids to be prepared for some other changes too.

Credit: clsdesign - stock.adobe.com
In January 2021, the College Board eliminated the optional essay from the SAT and subject tests amid a changing college admissions landscape.

For starters, College Board has canceled SAT subject tests and the optional essay.

"The reason why is because most students are unable to take the SAT, more than once or even once at all," Gupta said on the cancellation. "When I went to college, I was able to take the SAT as many times as I wanted, and the students are unable to improve their scores, which is making them very nervous, which is why College Board canceled the subject tests."

RELATED: SAT doing away with optional essay and subject tests

Also, the AP tests are mostly three hours long instead of one hour. The essay prompt is changing as well.

"Students can actually start working on their essays now with all their down time," Gupta said, "but the essay prompts change from one question specifically being about how to solve a problem, to what is the gratitude you feel towards somebody during this time, and how has it changed you."

Gupta said families should see these changes as a big opportunity.

"Since the SAT and ACT got thrown out, it is now really about your chops, who you are as a person, your values, your essay, your resume, what you want to study, and not just about the numbers," Gupta said. "The reason why so many people were applying is because they had hope, and I think, to me, you lose 100% of the shots you don't take."

Credit: Rawpixel.com - stock.adobe.com
College admissions experts say most students will start applying for colleges Aug. 1 to get their applications in early.

Gupta shared a list of suggestions on what families can do now as in preparation for applying to colleges:

"Most people don't realize that applications open in 10 weeks. A majority of students actually apply on Aug. 1, to get their applications in early, and we truly believed that if you Google and look up admissions rates when you apply early vs. later, you can see upwards of a two to three times increase in acceptance rates, just by being prepared and proactive," Gupta said. "This year, schools are going to look for the students that really make it clear that they are interested in their college. This is a highly competitive year, just as last year, so we have to remember that it is so important to make sure we get started early to reduce the stress and anxiety in the admissions process."