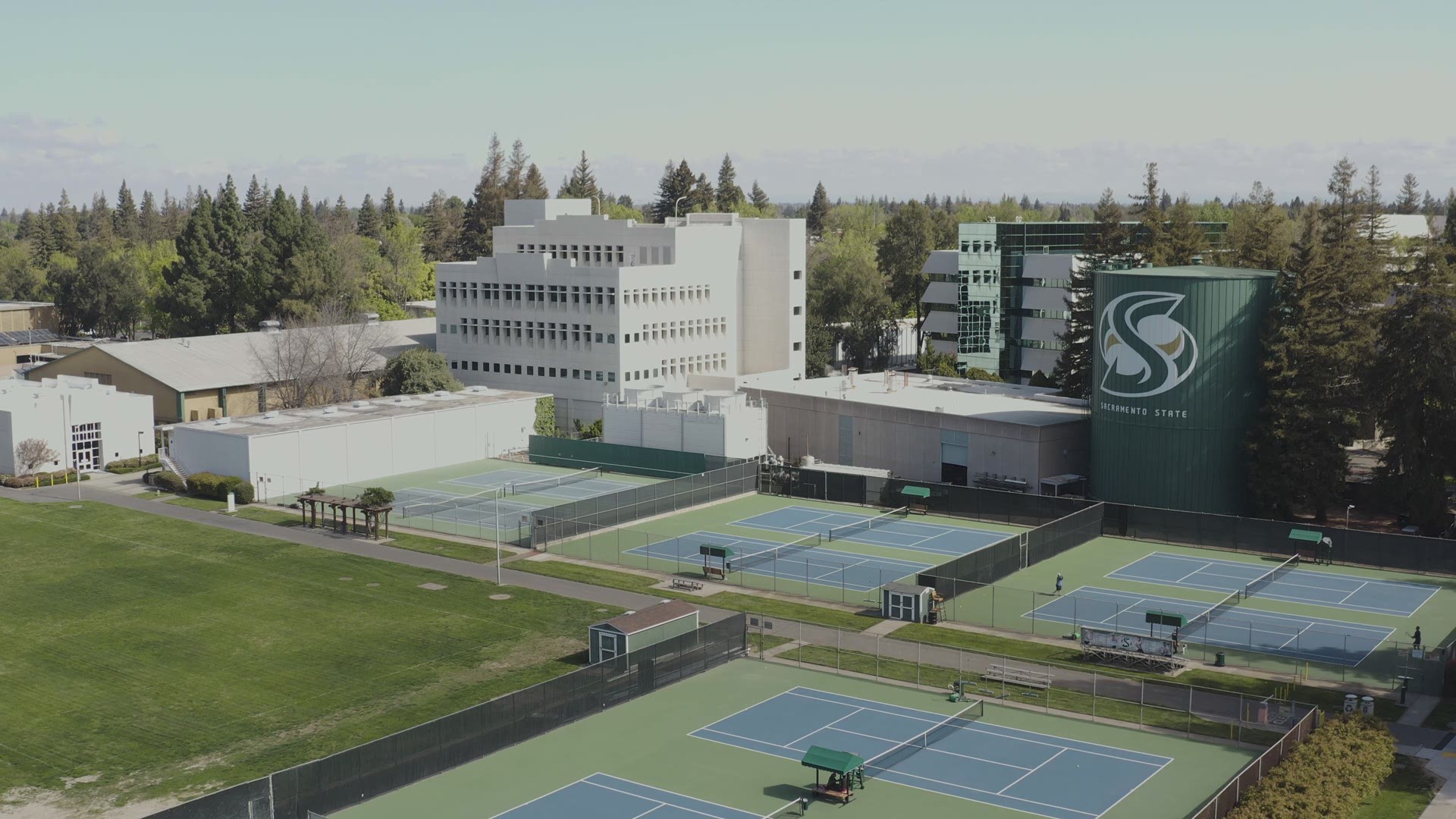 SACRAMENTO, Calif — Parker Tenove remembers looking at his track and field schedule for the 2020 spring season, marveling at the opportunity to run at competitions in California cities from Santa Monica to Bakersfield.

He’d turned down scholarship offers from universities near his Kansas hometown to attend community college in Torrance, California, hoping the proximity to the state’s tech industry would help him achieve his goal of becoming a computer engineer and tech entrepreneur. A strong performance as a runner, he thought, could earn him a scholarship to transfer later.

But as he became excited for the spring sports season ahead, a thought nagged at him.

“This is too good to be true. All this won’t happen.”

Thanks to the coronavirus, he was right: In March, the California Community College Athletic Association announced it was cancelling all spring sports, mirroring a similar decision by the National Collegiate Athletic Association, which oversees university sports. The abrupt cancellation dashed the hopes of an estimated 9,500 student athletes who’d flocked to California’s well-known community college sport league — some paying up to $10,000 a year in out-of-state tuition in a quest to be noticed by recruiters from top Division 1 teams. With athletic recruiting disrupted, community college teams could see a glut of players vying for spots next year, making that dream even harder to achieve.

The trickle-down effect starts at the university level. It’s unclear when the coronavirus situation will progress to a point where social distancing may not be required and college athletic programs can pick up where they left off. Without on-campus classes, NCAA president Mark Emmert said recently, sports are unlikely to resume in fall.

But the NCAA has extended eligibility for athletes impacted by the cancelation of spring competition, meaning college seniors could return to their spring athletic programs for an extra year. Those super-seniors could take up playing time and scholarships next year, making it harder for student athletes to get on NCAA teams, said Kelly Inouye-Perez, coach of UCLA’s Division I softball team.

“Right now, there are just a lot of unknowns,” Inouye-Perez said. “Every single coach in a spring sport is dealing with their circumstances, and not everybody is to the point of having answers to determine how this is going to affect current student athletes.”

That’s especially true for sports affected by corona-driven upheaval at the professional level. With the 2020 Major League Baseball draft consisting of only five to ten rounds, rather than the traditional 40, a large number of NCAA baseball players who were initially expecting to sign professionally will remain in school, said Andrew Checketts, coach of UC Santa Barbara’s Division I baseball team.

“Programs that get a lot of players drafted and graduate their players, those are the ones that this becomes a bit of a surprise for and makes it more challenging,” Checketts said.

Fewer available spots on Division 1 teams mean that community college athletes who don’t get their desired offers to transfer might decide to stay in the CCCAA, which has also offered players an extra season of eligibility.

“School-wise, it’s kind of a waste of time. All their undergraduate stuff is done already so most of the stuff they’re going to take doesn’t really count anymore,” Peters said. “It’s hard to come back to that third year, especially when they feel like they should be at a four-year program.”

Transfer scholarship offers may also be in even shorter supply because the NCAA has instituted a temporary ban on face-to-face recruiting.

“It’s really difficult to actually offer a scholarship to somebody when you haven’t seen them in person and evaluated them,” Checketts said.

High schoolers counted on using this season to impress scouts — whether they were juniors looking to rack up achievements or seniors who wanted to make up for lackluster performance in past years with a strong finish. Unlike college students, they won’t have the opportunity to make up for lost time with another season.

“It’s disappointing. All the work that they’ve put in feels like it’s all for nothing,” said Charlenne Falcis-Stevens, the athletic director at Torrey Pines High School in San Diego, though she added that even students who weren’t able to compete still proved “that they were able to set goals and that they were able to be part of a program.”

Stephen Hansen, a track athlete at West High School in Torrance, said he was “super disappointed” at losing his junior season. He did not perform as well as he wanted in his freshman and sophomore years, he said, and was anxious to catch up.

“It’s going to be a lot harder for colleges to judge what we’ve run and see if we’d be a good fit for a program,” Hansen said. “I definitely do think that there will probably be more people going to a community college to further their track career.”

How will community colleges deal with an influx of new players? Armenta said tryouts are likely to become more stringent—a problem she’s happy to have if it means competition can resume. “At this point, we’ll be excited to have a fall program if we’re allowed,” she said.

Meanwhile, Tenove continues to train, running the streets of his neighborhood since parks and beaches have closed. He’s going back to Kansas this month, but plans to return to El Camino College in the fall.

His college future now rides on next year’s performance, he said. He’s determined to transfer to a university within two years so he can stop forking over $10,000 a year for out-of-state tuition. But the idea of giving up the 400-meter dash if he doesn’t land a spot on a team is painful.

The balance of the physical and mental, he said, is what allows him to focus on academics.

“It’s a wakeup call to how quickly things that matter to you can be taken away,” he said.

WATCH MORE: Why isn't Sacramento County on the list of counties that can reopen before the state?