James Rutter Middle School is one of the few schools in the country to be using geospatial technology. 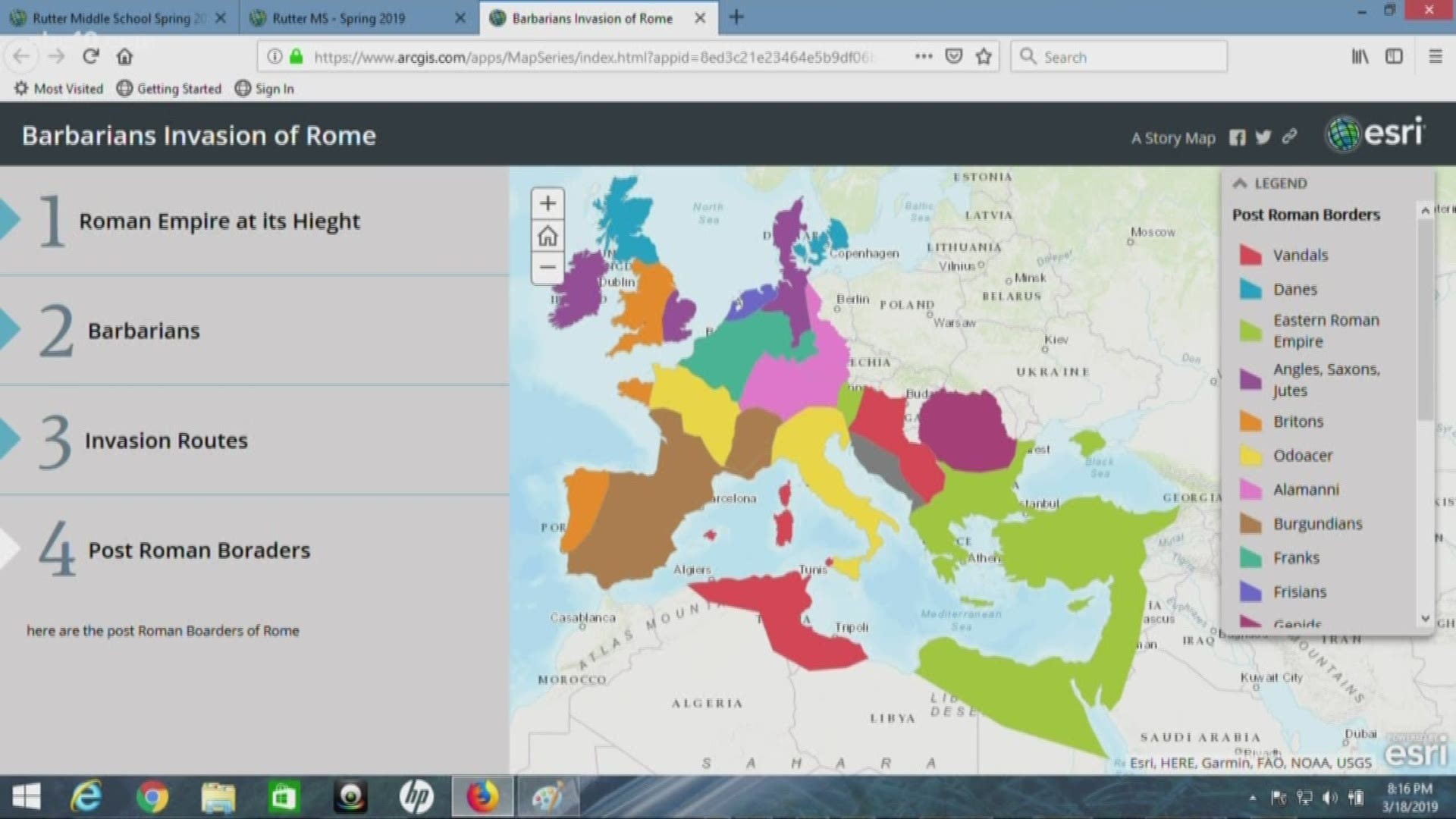 SACRAMENTO, Calif. — A group of Elk Grove students are putting themselves on the map.

The American Association of Geographers has recognized  Elk Grove Unified School District’s James Rutter Middle School as one of only 15 schools across the nation in best practices of using geospatial [or map-making] technology in grades K through 12.

The group of 125 students is using a system called "ArcGIS," to create and use maps, compiling geographic data and managing information in a database.

“It shows you information of the places around you instead of just someone just telling you, it gives you a visual something to look at,” Nathalia Magdaleno, a student enrolled in the program, said.

What is geospatial technology?

If you're not familiar with geospatial technology, it describes the, "range of modern tools contributing to the mapping and analysis of the Earth and human societies." It's recognized by the U.S. Department of Labor as a "high-growth career field."

Koenig-Sanko believes the ArcGIS map-making is a skill that "all of our kids are going to need in the future." Most importantly, she said, the skill will give them the tools they need to land jobs in the future.

Some students believe learning how this program works while they’re young is an advantage, “because not we are going to have to learn later and that's going to take more time,” Kyle Nguyen, another student, said.

The students say learning the tool has inspired them to become engineers in the future. If you want to learn more about how ArcGIS works, click here.