The Elk Grove Unified School District board will meet Tuesday night. One of the topics discussed with cover options for re-opening schools. 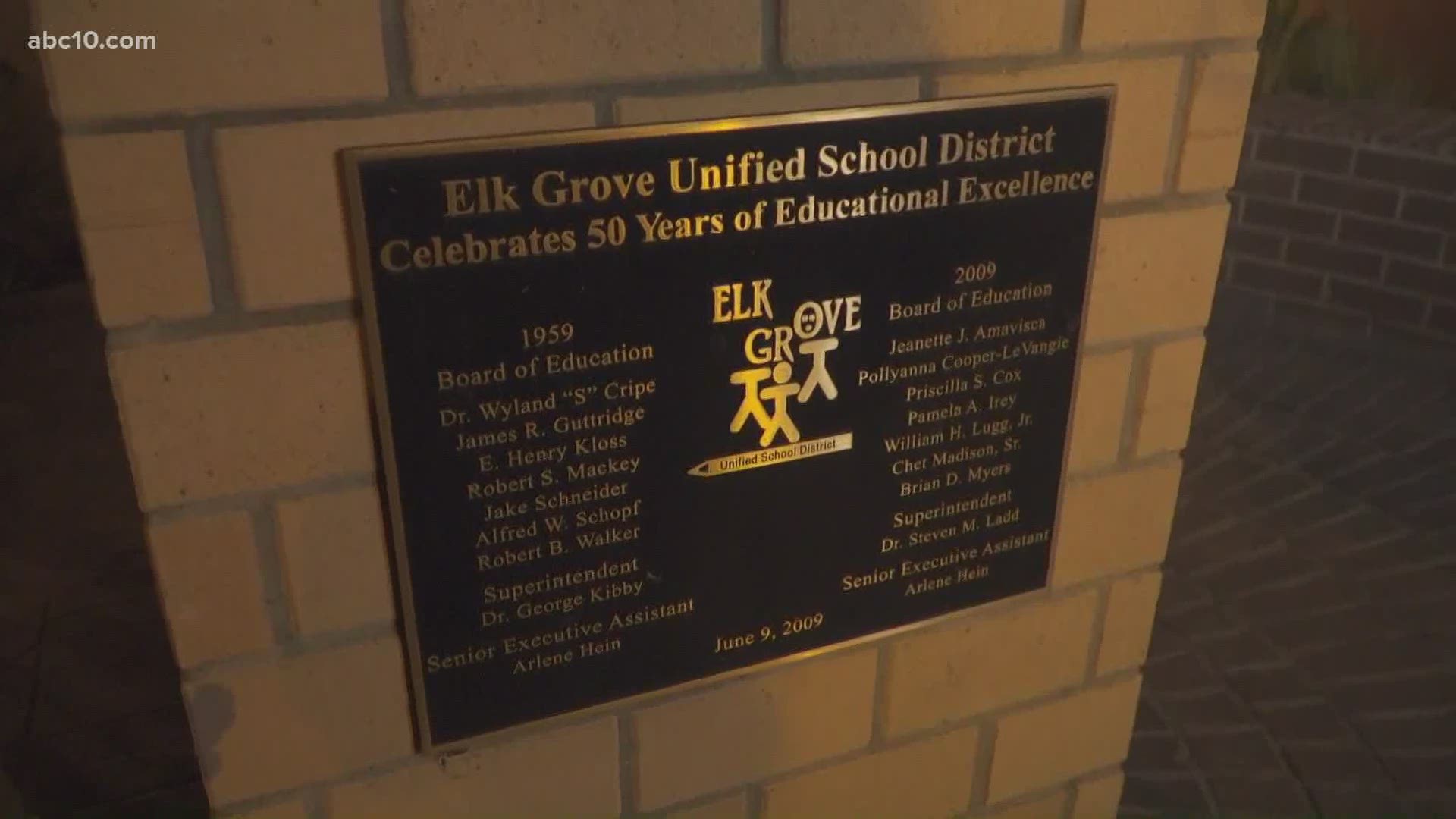 ELK GROVE, Calif. — A group of concerned Elk Grove Unified School District parents are starting their own non-profit after they say, parents have largely been left out of decision-making processes to re-open schools safely.

The Elk Grove Unified School District board will meet Tuesday night. One of the topics discussed with cover options for re-opening schools. However, outside the building, concerned parents will be protesting, calling for the schools to fully reopen.

Sean Mitchell, a leader with the EGUSD Parent Coalition says they already have about 1,500 members.

"It started with looking at your child, and feeling something in your stomach, right? and something's wrong," said Mitchell. "We can't go on this way."

RELATED: Why the majority of California schools might not reopen anytime soon

The state's 5th largest school district was among the first in California to move to distance learning, but Mitchell says they're disappointed the district failed to go through the state's waiver application process to allow elementary school campuses to re-open in-person learning. He says the grassroots coalition is comprised of parents with professional know-how to help guide the district move faster.

"The big picture is, that we bring our resources to the table to get schools open five days a week, fully open with an option for distance learning, and make sure it's safe," explained Mitchell.

Last week, the Centers for Disease Control, published data indicating that rapid spreading of COVID-19 was not reported in school settings. Researchers noted that the schools that successfully prevented transmission were those that embraced safety precautions. Mitchell says this more reason to move quickly.

"COVID-19 is real, but so are the side effects of distance learning," said Mitchell.

RELATED: Why the majority of California schools might not reopen anytime soon

Erin Somers is the parent of an Elk Grove first grader and is concerned about the long term social, emotional and academic toll virtual learning will have on her son for the rest of his school career. As a social worker, she worries about other at-risk children who need in-person support.

"For those of us who know it's not working well for our kids, and who really need that social emotional piece, we should have that choice too," Somers said.

Coalition leaders say they want to work with the district and plan on advocating for their children for years to come.

ABC10 reached out to the district about the coalition's creation and the parents' concerns about not being able to physically attend the meetings due to state orders. The district responded by saying public meetings are not virtual and public comments can be made online or over the phone.

"In other words, the Board is in compliance with California law as the Elk Grove Unified School District complies with these California Executive Orders and receives public comments through electronic means through its website and via an email comments process."

You can read the school district's full statement below:

In response to the pandemic, California Executive Orders N-25-20 and N-29-20 temporarily suspended any California Brown Act requirements that “expressly or impliedly required the physical presence of members, the clerk, or other personnel of the board or of the public as a condition of participation in or a quorum for a public meeting” during the COVID-19 pandemic.

Executive Order N-29-20 also states that a local body, like a school board “. . . that holds a meeting via teleconferencing and allows members of the public to observe and address the meeting telephonically or otherwise electronically. . . shall have satisfied any requirement that the board allow members of the public to attend the meeting and offer public comment”.  In other words, the Board is in compliance with California law as the Elk Grove Unified School District complies with these California Executive Orders and receives public comments through electronic means through its website and via an email comments process.

WATCH NEXT: Why California is taking long to rollout COVID-19 vaccines