Nearly 5,000 students across 20 elementary schools in this district, will be back on campus for in-person learning on Thursday for the first time since March. 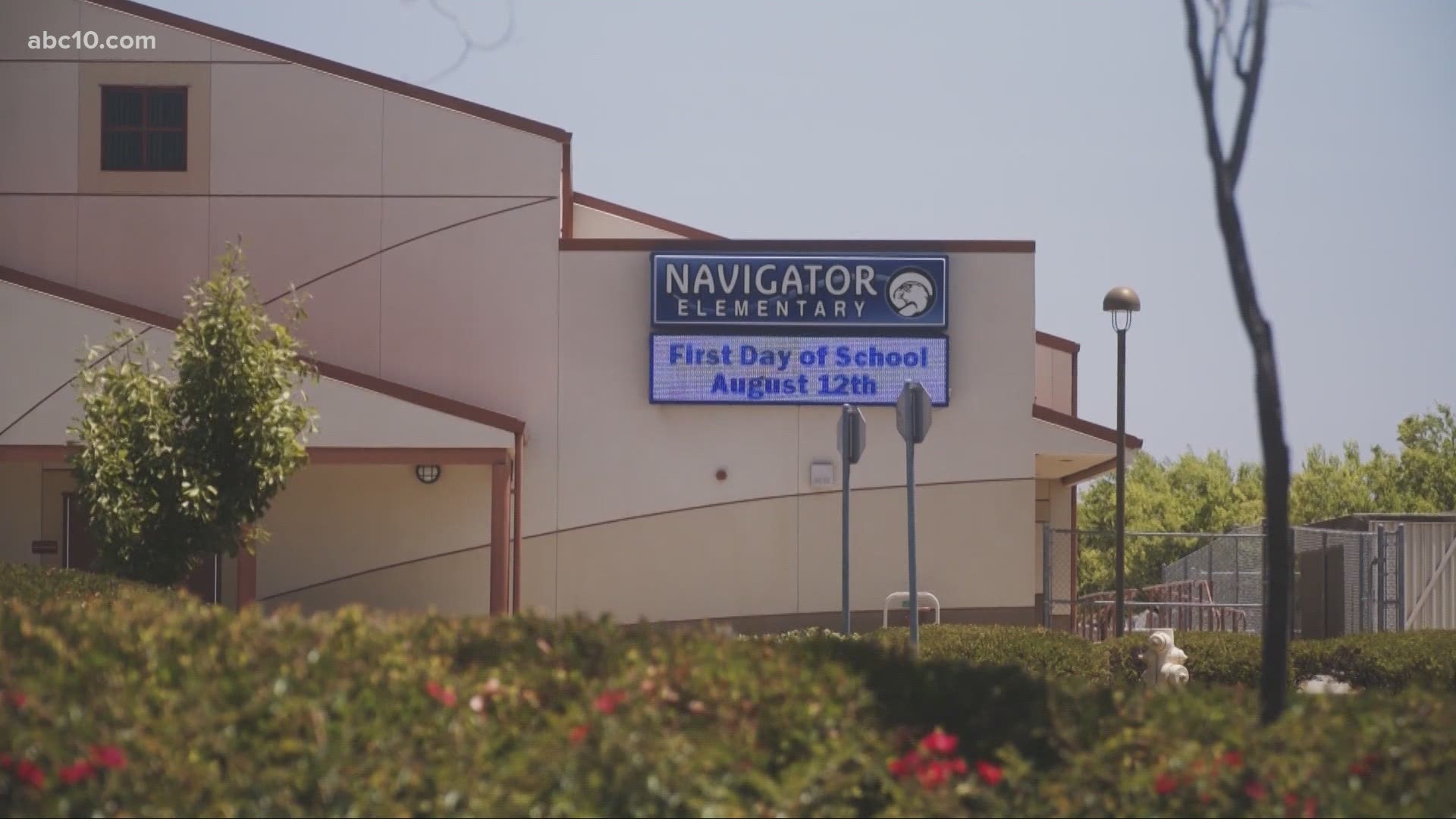 FOLSOM, Calif. — Despite Sacramento County being pushed back into the "purple tier" of tougher coronavirus restrictions, the Folsom Cordova Unified School District is still moving forward with in-person classes beginning on Thursday for their elementary schools.

The county says because the district's plans to bring students back were done while the county was still in the red tier, they are able to continue with the reopening process.

That means about 4,900 students across 20 elementary schools in this district will be back on campus for in-person learning for the first time since March.

"My thought is, keep the kids home, keep them safe, keep their families safe, because there [are] no protections for anybody it feels like," Arden Whips said.

Whips is a mother of three kids, all of whom will be going back to school Thursday morning, despite the county moving into tougher restrictions.

"If it's purple tier and it has to go indoor restrictions shut down or social distancing, six feet, schools should not be above that," she said.

But for Shaun Navabi, it's a much different story.

"The online learning for him, it never really worked," Navabi said.

His youngest son in 1st grade has autism and is non-verbal.

"For my student, he doesn't make the connection of we're home but we're doing school. So whenever we try to sit down and do school work, it's like laughing, giggling. He's not taking it seriously. He kind of thinks we're playing," he said.

So, Navabi is OK with sending his boys back to school in-person.

"For him, it's especially important to get that one-on-one touch, and just kind of get that routine back and get things going," Navabi said.

And the Folsom Cordova Education Association, representing a little more than 1,000 teachers, said the timing just doesn't quite add up.

"The students don't return to campus until Thursday and we just moved back into the purple tier Tuesday so how is this OK?" Angelica Miklos president of the Folsom Cordova Education Association said.

The teacher's association said they don't have verification that all 20 sites have the new safety precautions put into place yet, so they're calling on the district to reconsider these plans.

"That would be our ultimate hope is that they would do the right thing and say, given the current circumstances, given this new change to the purple tier, we'll remain on distance learning until it's safe," Miklos said.

In the event that a staff member or student does test positive, the district says that all people within close contact will be notified and asked to quarantine for 14 days.

ABC10 is expecting to hear from the district's superintendent on the first official day of in-person learning.