'The Learning Curve: Behind the Science' - Supervisor Fletcher discusses the data behind reopening schools

In a series of interviews, News 8 is interviewing leaders on the science behind reopening schools. 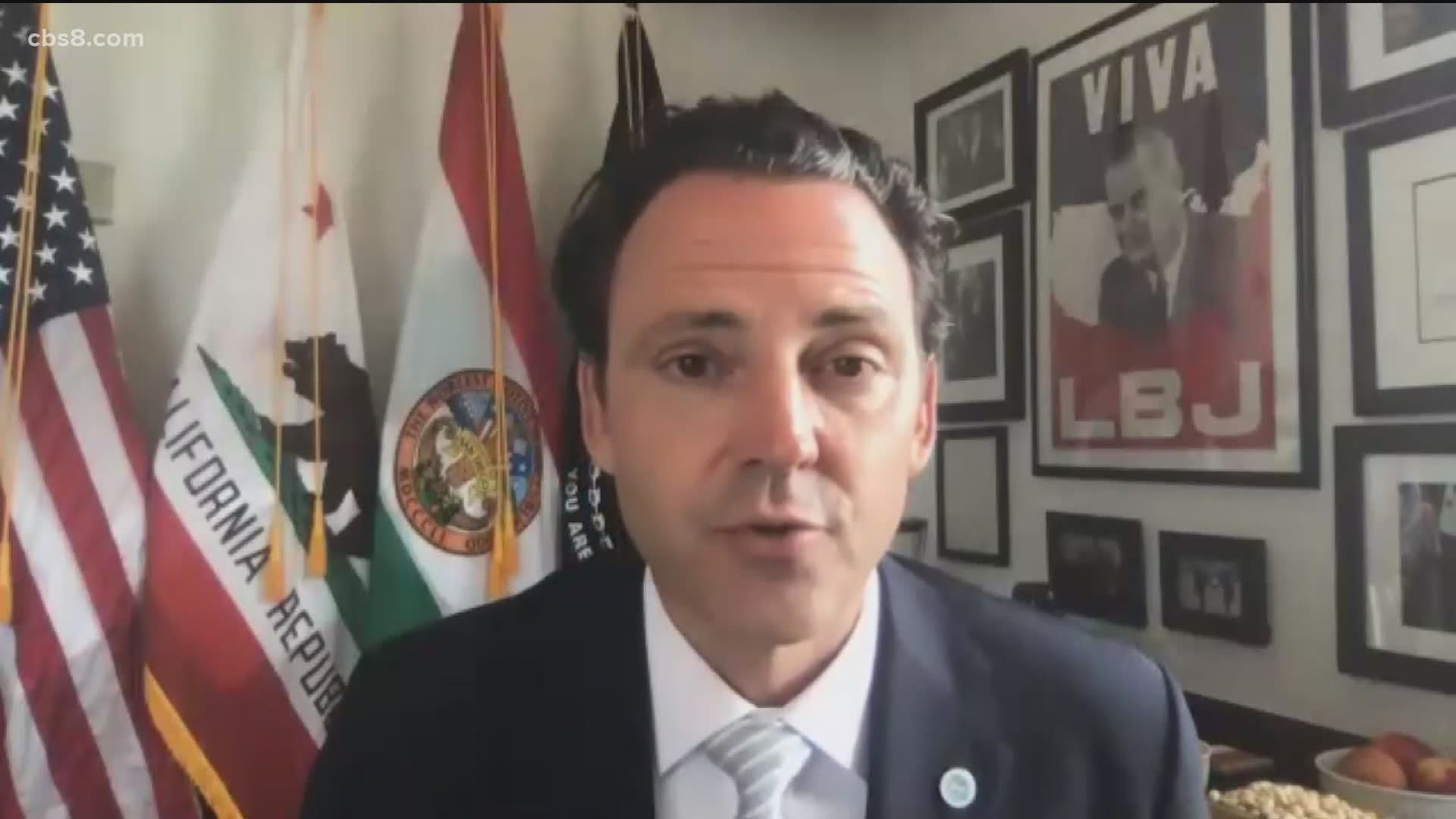 SAN DIEGO — As the new school year gets underway online for many San Diego County districts, News 8 wanted to take a look at the decisions being made when it comes to reopening schools.

In "Learning Curve: Behind the Science", News 8 speaks with a variety of experts for a discussion about kids and COVID-19, all through the lens of science.

News 8's Shannon Handy sat down with County Supervisor Nathan Fletcher to hear more about the team of researchers the county is working with, and the challenges they're facing.

How are decisions made when it comes to the county and the data you guys are receiving?

"It is set up to be driven by data, by the science, by the facts," said Fletcher. "There's a lot of people working really hard, seven days a week, 16-18 hours a day to try and guide us through this."

Are you guys comparing the county numbers with the state benchmarks? Explain that for people if you can.

“Yeah, we have a series of metrics that were put in place that were really designed to give us insight into what's happening," said Fletcher. "One of the most challenging things of COVID is there's a significant delay between when it spreads and when that spread will show up in numbers. So, let's say you go to a party and it spreads and you leave. It may take seven to 10 days before you feel any symptoms, and then you think you should get tested and it takes a couple days to get a test result and so it could be 14-15 days that you’ll show up in our system, even though it was weeks before, and so that is one of the great challenges. You have to take action before it's painfully obvious that you need to, and the preventive side of stopping the spread early is a challenge and often creates a strong disconnect with the public who say everything seems fine."

Note: In regards to school closures, a state mandate prohibits in-person learning until San Diego county is off the watch list, though schools can apply for a waiver. Locally, 71 schools have done so at this point.

RELATED: San Diego County likely to be off California monitoring list this week

What is going into deciding whether or not one of those schools can have a waiver?

“The waiver process is essentially elementary schools only attesting to what is their plan and protocol to reopening," said Fletcher. "And so right now, we're in the phase of working with the schools that have applied. A handful of applications have already been sent to the state for their final sign off or consultation. Some of them we've sent back saying 'you need to tighten up this or that.' But, I expect in the coming week some of those school waivers will be finalized and ready to open and hopefully in two weeks, if we can keep our numbers down, all schools can open but many of them will choose not to and that is a school by school decision."

What is it the county is doing to try and support these families that are juggling virtual learning and working from home?

“Early on, I worked really hard with YMCA summer camps to help align our public health orders and we got a million dollars to get them up and moving," said Fletcher. "We also pushed early on during the pandemic to get $10 million in CARES Act funding where we led an effort to get vouchers for essential workers to get their kids into childcare and then most recently, we spearheaded the effort to get $25 million and match $10 million to get our providers up and running during this pandemic. And then we've also worked closely with schools dedicating millions of dollars for testing protocols for schools as they come back online.”

BIG SCHOOL NEWS... Dr Wooten says that.. if SD maintains rate of under 100 cases per 100K population, K-12 schools *could possibly be eligible to reopen* on September 1st.