The teacher told administrators he wanted to help students understand how he identifies, but some parents are frustrated about the gender identity handout. 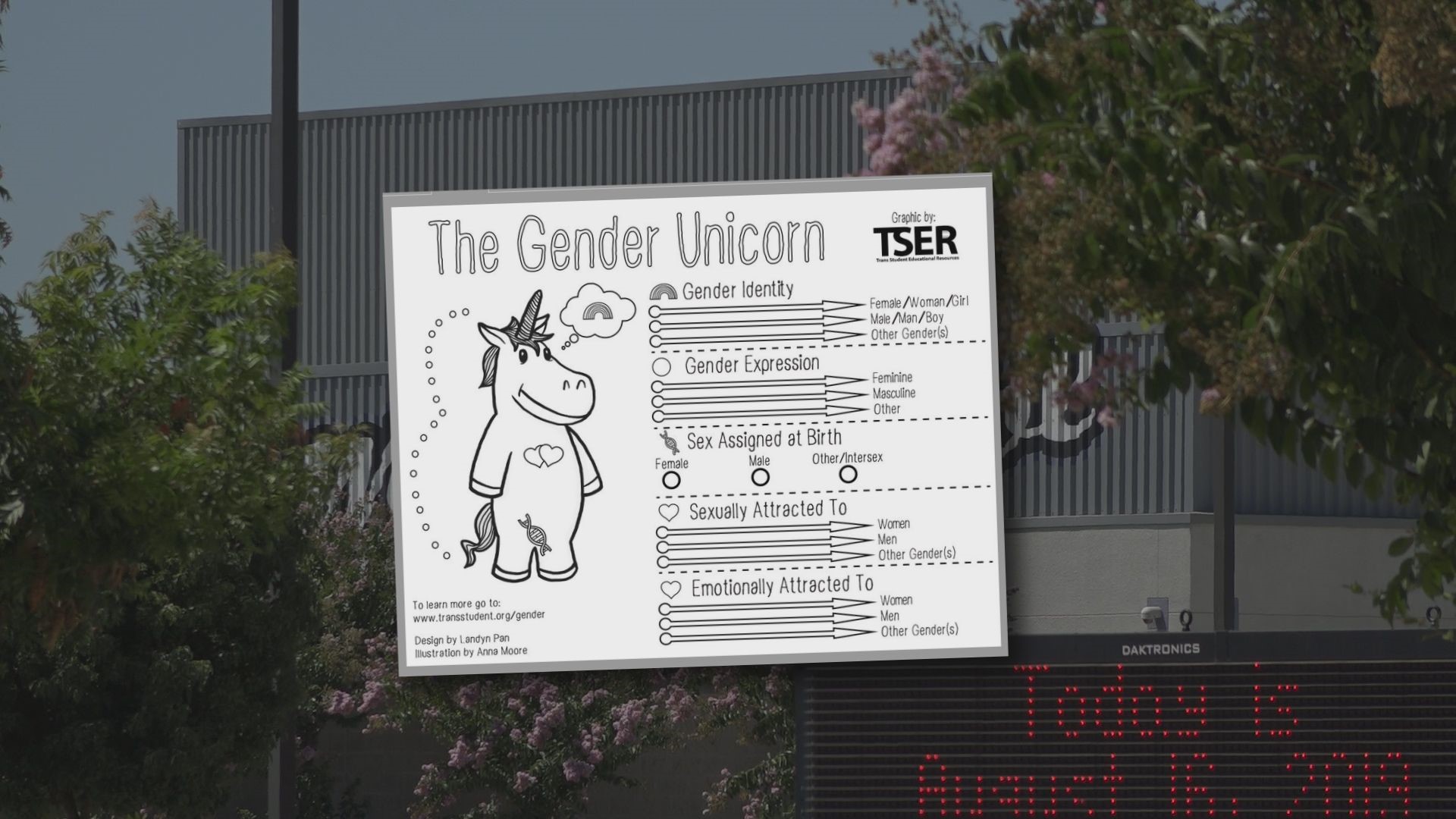 DENAIR, Calif. — A Denair Middle School science teacher passed out the “Gender Unicorn” work-sheet to two periods of science students on the first day of class before a principal asked him to stop.

The sheet which features a unicorn, asks students about gender identity, expression, and the person’s sex assigned at birth. The sheet also asks what gender each person is sexually and emotionally attracted to and gives options like man, woman, boy, girl, and other.

The Gender Unicorn was created by Trans Student Educational Resources, an organization that advocates for the LGBT community and distributes educational materials to schools.

“Maybe college or something where, you know, they're old enough - where they can make their own choices,” said Dawna French, a mother of a middle school student in that teacher's class.

Although her daughter was not handed a sheet, French calls the teacher's actions “inappropriate”

“It was not an assignment and students were not required or asked to fill it out,” said Terry Metzger, superintendent of the Denair Unified School District, in a statement.

The teacher was trying to help students understand why he identified using the courtesy title “Mx.” instead of “Mr.,” Metzger wrote.

The teacher did not show the sheet to the school administration or get approval before handing it out. A principal making the first day of school rounds noticed the content on the sheet.

“When she saw the content of the handout, she spoke with the teacher and directed him to stop distributing it,” Metzger said in a statement.

Although Metzger said gender identity is a topic covered in 7-12 grade health classes, the superintendent said the material “definitely wasn’t the right tool for his purpose.”