Enrique Barajas wants to inspire to other Latinos to enter health professions after the Prep Médico program helped him see what it takes to be a doctor. 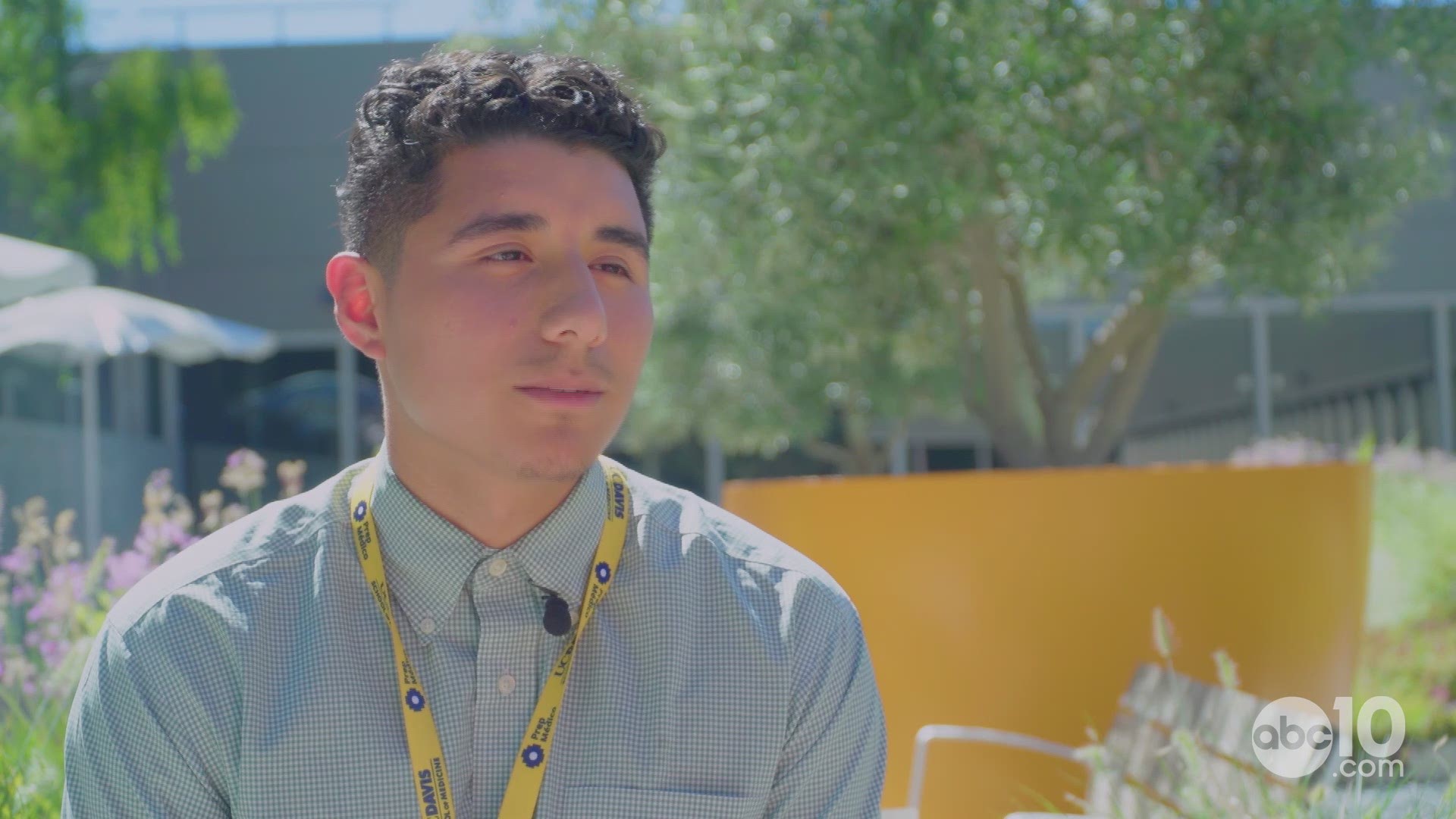 SACRAMENTO, Calif. — As a young boy, Enrique Barajas remembers taking trips to the doctor’s office with his dad to serve as his interpreter.

“In fourth grade, my dad was diagnosed with stomach cancer, and I remember he took me and my oldest brother to the appointments just to listen in. If he had any questions, he would lean over and say, ‘Ask her this and that,’” Barajas said.

This summer, Barajas was chosen to be a part of the Prep Médico program – a partnership between UC Davis Health and Kaiser Permanente that gives college students a behind-the-scenes look at what it takes to get into medical school and become a doctor.

According to a study by the Latino Physicians of California, less than 5 percent of physicians in the state are Latino.

“We have a very diverse state, said Cynthia Mendez, a Family Medicine Doctor at Kaiser Permanente. “More than 40 – almost 50 percent of our population is Latino, and that doesn't actually match our workforce for physicians.”

The program's long-term goal is to help close the gap that exists between the number of Latino patients and doctors in California.

“I hope to encourage more Latino students to not only enter the medical field but health professions in general and health policy just to meet the needs of the population in California,” Barajas said.

Barajas will be attending UCLA in the fall, where he will be studying psychology and neuroscience. He says the Prep Médico program has given him a firsthand look at how important it is for doctors to establish a relationship with their patients.

“The biggest lesson I've learned is the ability to treat the patient with such compassion,” Barajas added.

Dr. Mendez, who is one of Barajas’ mentors, added that the program is meant to expose students of disadvantaged backgrounds to the medical field.

“I would have loved to participate in something like this, so that's why I’m really excited and proud to be able to be a mentor for students like Enrique, who can come and see me work with patients and just to let them know that there is a lot of need for a diverse workforce,” said Mendez.