The report showed that even though some of the students are working jobs, they are still experiencing insecurity with basic needs. 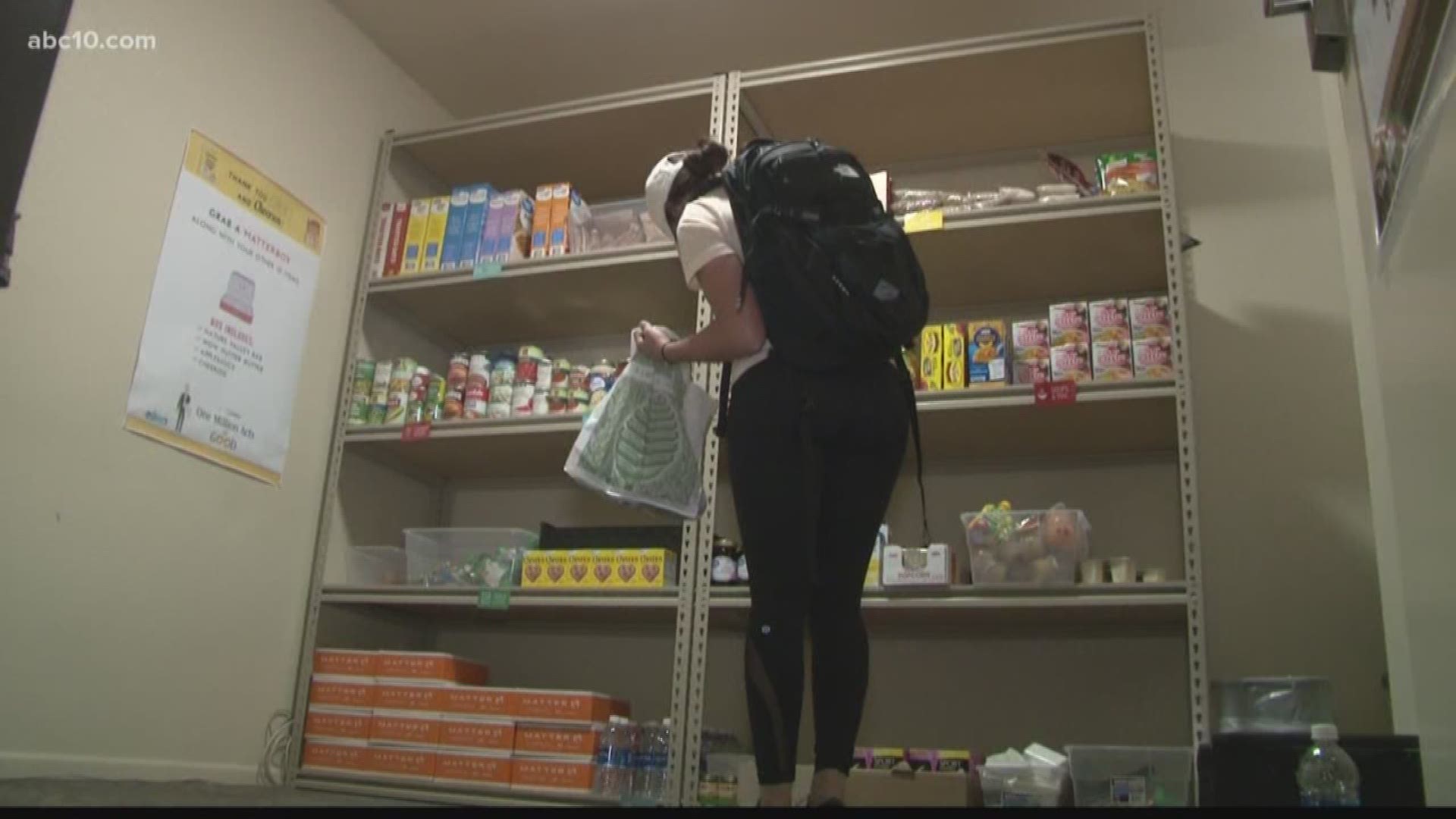 SACRAMENTO, Calif. — Another survey is reflecting national trends of insecurity of basic needs in California's higher education system, and, this time, it's among those in the community college system.

“We’re just starting to understand the scope of the issue,” said Dr. Christine Baker-Smith, an author of the California Community Colleges #RealCollege Survey, in response to the surge of these reports.

The 40,000-student survey revealed that about 50 percent of students in the community college system have recently experienced food insecurity. However, in Northern California, that number is 59 percent.

What are the issues?

“The students who attend college 50 years ago are different than what the student population looks like today,” Baker-Smith said.

Some of those students are older than the usual 18 to 24-year bracket, don't finish college in four years, and a chunk of them can even be single parents.

RELATED: How UC Davis students can get free food during the school year

RELATED: Why and how students can apply for food stamps in college

Sixty percent of those responding to the survey experienced housing insecurity in the previous year.

They often cited challenges with rent increases, not paying utilities in full, and not paying their rent in full. Of the 19 percent who were affected by homelessness, the majority were temporarily staying with a relative or friend.

“The Northern California area is definitely experiencing some of the highest rates of basic needs insecurity across the state, among those students who responded to the survey,” Baker-Smith said.

RELATED: UC Davis commits to building housing for over 5,000 students

The resources are not enough

According to the study, the students receiving Pell grants and even those working are not at a lower risk of basic needs insecurity.

In order to get a Pell Grant, you have to be at a certain income, and, according to Baker-Smith, those students are more likely to have some level of basic needs insecurity at the start.

“[Even if it is only correlational] it does highlight the fact that the resources are clearly not enough," said Baker-Smith. "We can make that statement clearly, because, if it were enough, we wouldn’t be seeing them,” she said.

“Well, yes, these students are working and it’s still not enough to meet all their needs,” Baker-Smith said.

Students are working, but, according to the survey, sometimes it still isn’t enough.

“There’s no causal statement we can make here, but the correlation is certainly striking,” she said.

What's there to help

“Many, many students are eligible for government resources like SNAP, CalFresh, the CalGrant, and they often don’t know it.”

Here's how the percentage of students taking advantage of the resources in California:

The organization suggests policy recommendations like improvements to access to CalFresh and Cal Grants, which targets low and medium income students but tends to serve students better in four-year colleges than those in two-year colleges.

To see if you can qualify as a college student, click HERE for more information.