Preschool teachers in the Sacramento City Unified School District were among 12 people laid off last week as the district continues to address a $27 million deficit. 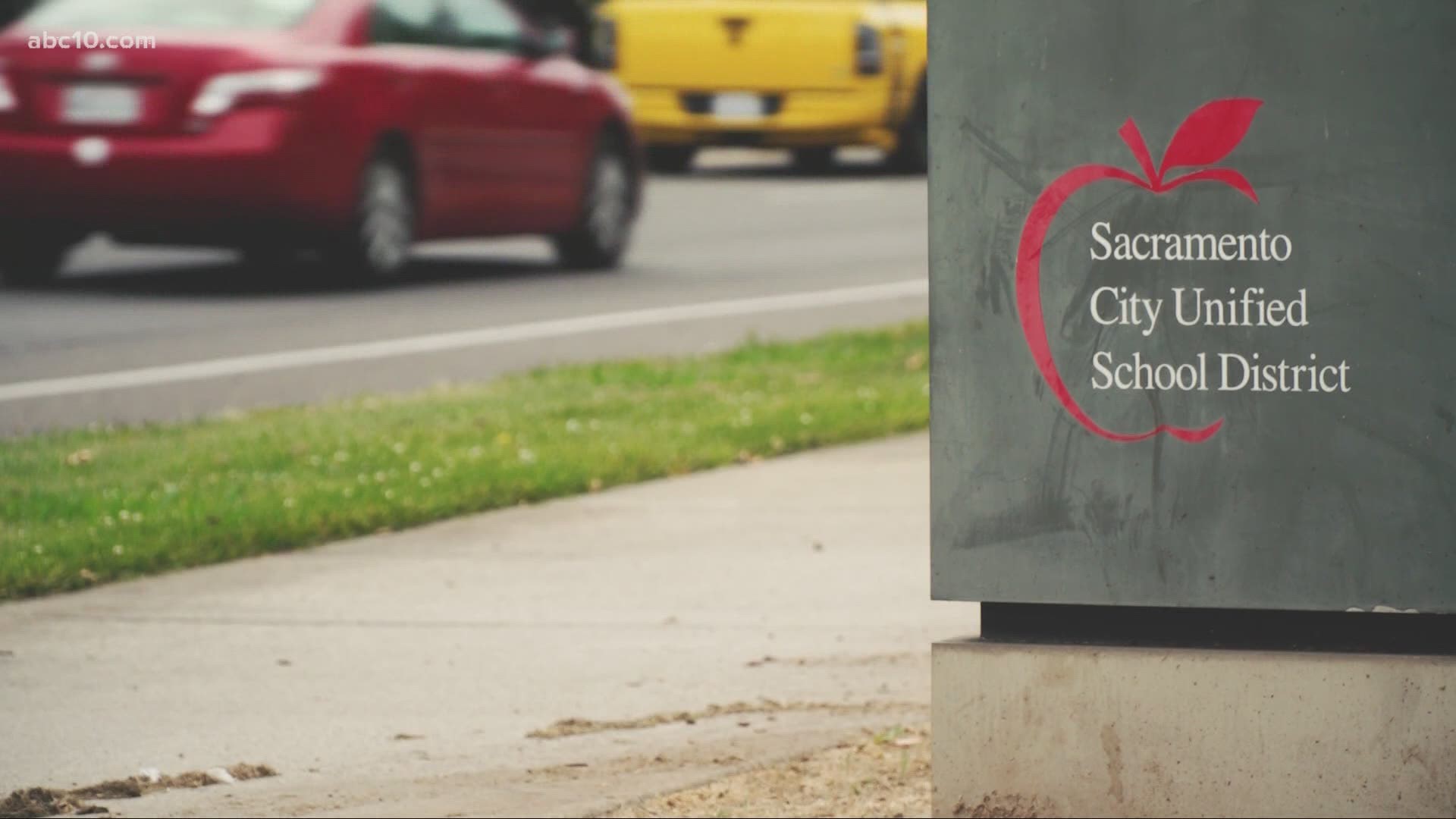 The preschool teacher in the Sacramento City Unified School District was one of 12 laid off as the district continues to address a $27 million deficit that predates the coronavirus pandemic.

Of the 12 let go were Toby and two other teachers who were part of the Parent Participation Preschool program (PPP) a 72-year-old hybrid program that combines early childhood education with parenting classes.

“It's unique, and I would hope the district would want to continue something like our program,” said Toby, who worked in the program for 10 years. “And if not continue it, grow it.”

Unfortunately, that’s not likely to happen.

RELATED: Could California's budget shortfall mean education loses out despite being asked to reopen soon?

A district spokesperson told ABC10 in a statement that while it’s a “wonderful program,” it’s not one that the district has resources to sustain.

Avoiding a state takeover amid a pandemic

In 2018, state officials announced SCUSD had a high risk of being taken over by the state. Since then, the district has worked to find ways to cut cost and reduce spending in an effort to avoid what seemed inevitable.

Now, with the onset of the coronavirus pandemic, the district faces even more financial constraints.

A district spokesperson said SCUSD is now looking at the possibility of “an additional $9 million to $50 million negative impact” to next year’s budget.

“It is these types of stories that make our current budget crisis so difficult,” the district said. “Losing any employee is one too many, but unfortunately we do not have the funding to continue paying for the program.”

In an interview last week with ABC10, SCUSD Superintendent Jorge Aguilar said the district is even more likely to be taken over by the state now because of the deficit it will soon face.

“Which is why we will continue to advocate for more resources,” Aguilar said.

While the school district isn't the largest in the area, it is home to nearly 47,000 students and nearly 4,200 teachers, staff, counselors and administrators.

The increased deficit and the recent layoffs have teachers fearing the worst.

Anna Gabriela, an American Legion High School English teacher, said she worries that “teachers are going to get laid off. Funds are going to be depleted.”

The struggles come as the district is attempting to roll out a new grading policy that they say will ease students’ stress while they continue their distance learning because of the state and local stay-at-home orders designed to slow the spread of COVID-19.

The policy would mean lowering the percentage threshold for grades. In other words, an 80-100% in class means an A, while a 70-79% equals a B grade and so on.

The Sacramento City Teachers Association, which has been at odds with the district over cutting teachers’ salaries and benefits to avoid a state takeover, sent a letter demanding that the grading changes be put on hold until they can provide input.

The union alleges that the district did not bargain with them with the grading policy before announcing its implementation.

The district said that there is no merit to the union’s claims.

“It’s unfortunate that, as we are trying to protect our students and equity within our district, SCTA continues to focus on petty politics,” the district said. “We will continue to focus on the academic, social and emotional needs of our students, as we did when we adopted this grading policy. This hold harmless framework — which has been widely adopted throughout the state — gives our students an opportunity to excel and incentive to engage during an incredibly difficult period.”

Still, Gabriela said she thinks the district’s new grading policy is just a ploy to “inflate our numbers and have a high graduation rate” in order to avoid a state takeover.

“I believe that I am lying to parents, and I am lying to students, telling them they are passing when in reality they are not,” Gabriela said of the grading policy.

Rebecca Gross and her children are part of Parent Participation Preschool at Tahoe Elementary School, the adult education program that’s on the district’s chopping block in order to cut spending in the coming year.

"Adult education sounds like perhaps there's a room full of adults that won't have a teacher next year,” Gross said of the program.

In reality, Gross, other parents and some 200 preschoolers are expected to pay the price of the district laying off three preschool teachers.

"And that leaves kids like mine without anywhere else to go,” Gross said.

Meanwhile, Tamara Toby, one of the three teachers who were laid off, is fighting to at least keep the program alive.

Toby said the program should be grown instead of cut, because it builds a strong educational foundation for her young students, and produces engaged parents among her adult students, who ultimately help the district by volunteering.

“It’s a value that you can't really put a number value on it — you know, a dollar sign,” Toby said.

Since the announcement of the layoffs, a petition to Superintendent Aguilar and the district’s board of supervisors began circulating, demanding that the district find a way to keep the program.

The petition, which was created by Lisa Schirmer, argues that early education programs like the PPP helps by “enriching the lives of Sacramento’s children” who otherwise might not have strong early learning programs.

“At a time when many are pushing for the expansion of access to preschools and early childhood education, it is disheartening to hear that one of our most established and well-regarded community preschool programs is in danger,” the petition reads.

Toby is among more that 1,200 people who have already signed the petition.

“I’m going to fight until the bitter end.” Toby said.

Editor's note: A previous version of this story used the term fired instead of laid off. The text has been updated.