The case comes from Montana, where 3 mothers sued the state, arguing that it is showing anti-religious bias by only offering tax credits to public school students. 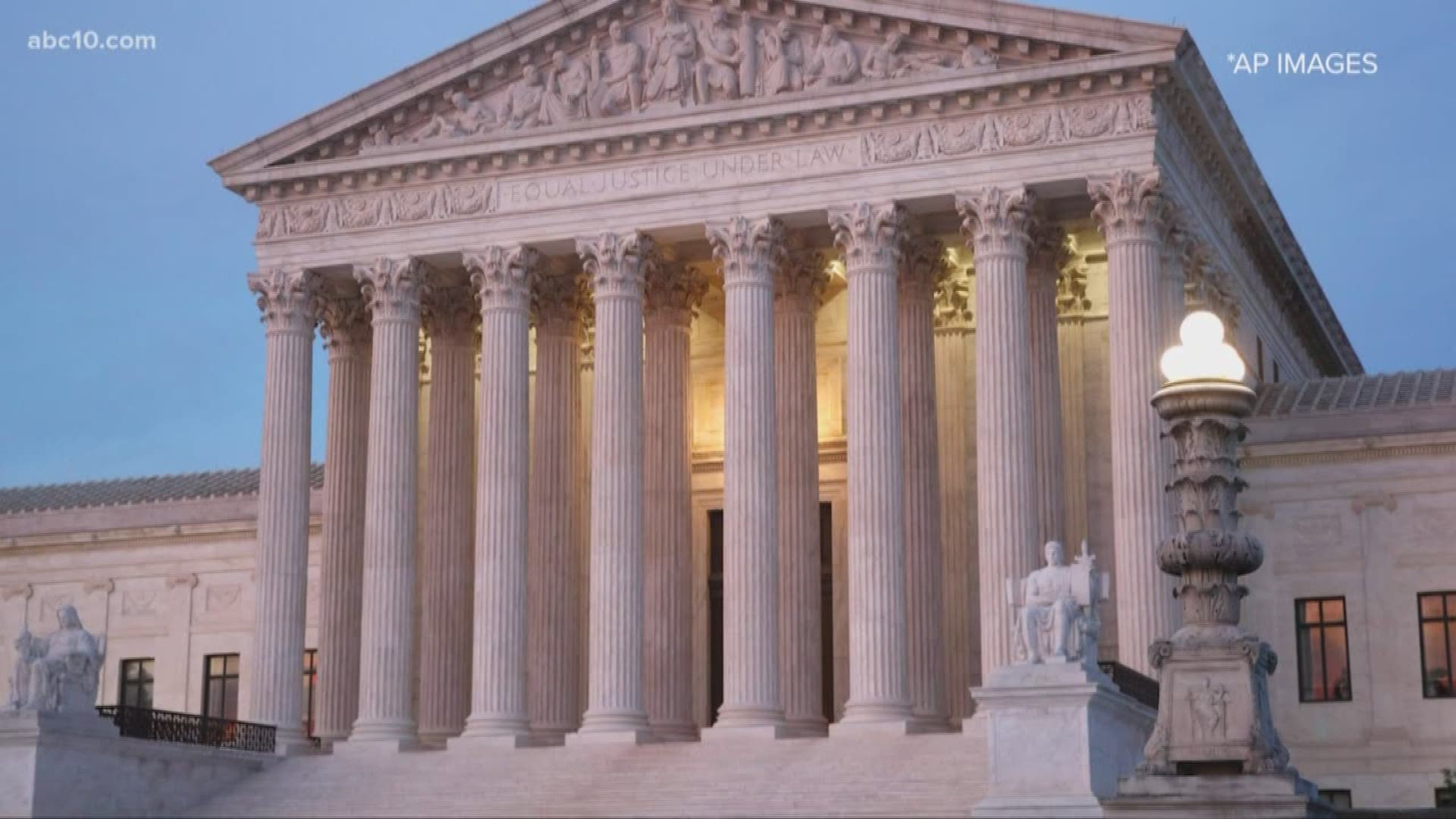 SACRAMENTO, Calif. — The Supreme Court is gearing up to decide whether it is constitutional for states to use money to pay for tuition at religious schools. The decision to hear the case comes after three mothers from Montana sued the state, arguing that it is showing anti-religious bias by only offering tax credits to those who attend public schools.

The three women are using Montana’s Blaine Amendment as their argument, a law that prohibits localities in the state from directing funds toward religious institutions. That includes religious schools, like private schools and religious universities.

Thirty-seven states have these laws in place, and California has some of the strictest.

People with lower incomes ultimately cannot get loans to go to those schools, which is big for a state like California, where a private elementary school costs on average $11,377 and private high schools cost more than $19,476 in tuition, according to the Private School Review.

This isn't the first time Blaine Amendments have been considered nationally. It is a failed amendment to the U.S. Constitution from the late 1800s named for the congressman who proposed it, James G. Blaine.

The original text said: "No State shall make any law respecting an establishment of religion, or prohibiting the free exercise thereof; and no money raised by taxation in any State for the support of public schools, or derived from any public fund therefor, nor any public lands devoted thereto, shall ever be under the control of any religious sect; nor shall any money so raised or lands so devoted be divided between religious sects or denominations."

The text basically said that public money should not go to religious institutions in effort to separate church and state. It became something the states had to decide, and more than half of them have Blaine Amendments.

The case being heard by the Supreme Court said that not allowing the possibility of state scholarships and loans means that it violates religion clauses and the equal protection clause of the U.S. Constitution. The suit argues that there are scholarships and student aid for non-religious programs, but the laws discriminate against religious schools.

Now, opponents of the case are worried it could mean less money for public schools if religious schools get access to the state funds. With the Supreme Court leaning more conservative, the laws could be determined unconstitutional, meaning state funds could go to religious schools.

William Jessup University’s has been keeping track of what’s been going on with the Supreme Court case and has strong feelings about it.

“Any restriction of the family or student’s ability to choose for themselves — what school they want to attend — would cross the line and would be restrictive of their religious liberty,” said Phillip Escamilla, the university’s associate provost.

The Sacramento City Teacher’s Association has different thoughts on the issue. The teacher’s union president David Fisher said attacks on Blaine Amendments are an attempt to divert public funds to private institutions.

“Public money should be spent on public schools and private money spent on private schools,” Fisher said. “Once you start breaking down those walls, you never know what can happen next, and it could further deplete public schools of badly needed resources.”

Escamilla argued that schools like William Jessup University play an important role in the community and give a lot back.

“Schools like Jessup in the state, and frankly around the country, are large contributors to the economy,” Escamilla said. “We employ lots of folks our students graduate and go out into the workforce.”

Escamilla said keeping Blaine Amendments in place only continue to negatively impact the students who look to schools like William Jessup University to further their education.

“Particularly those from low income communities who rely on state dollars to help them attend school,” Escamilla said. “We think it'd be unfortunate if they didn't have the opportunity to attend the school of their choice just because that school happened to be a faith-based school.”

If you couldn’t afford or get money to go to any of the religious schools that are affected by these laws, text ABC10 at 916-321-3310. We would love to hear from you.