The lone vote to close the schools came from board president Michelle Rivas, who said it was her duty to vote in favor of saving money. 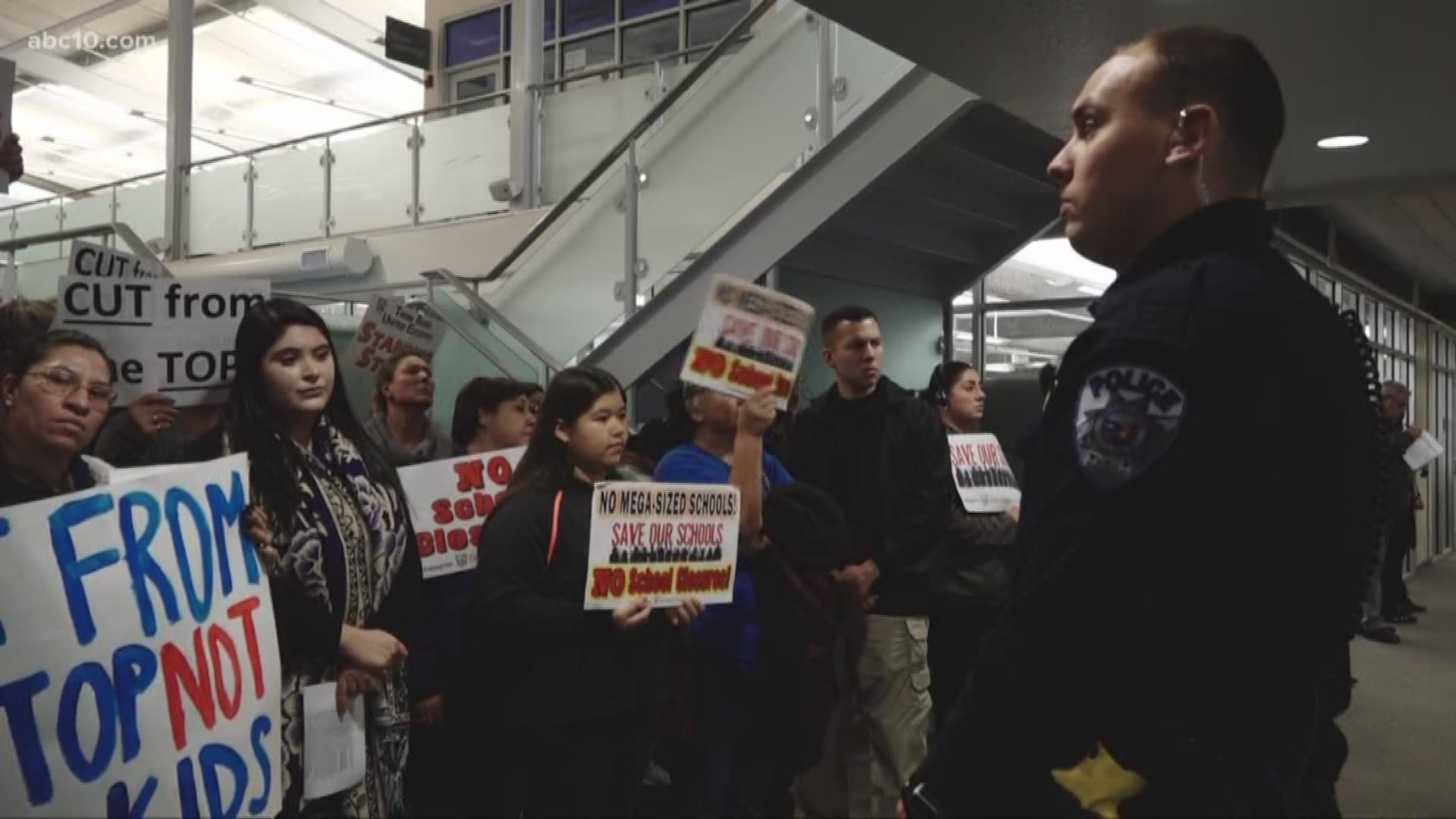 MCCLELLAN PARK, Calif. — The crowd was loud, and their message was clear: “No school closures!”

Hundreds of protesters denounced a plan put forward by the Twin Rivers Unified School District that would close five schools, as well as move, consolidate and reconfigure 12 other schools to save nearly $4 million annually.

On Tuesday night, at the district’s bi-monthly board meeting, the community’s voice was heard. The TRUSD board of trustees voted down two of three resolutions to close and consolidate schools.

District administrators said it was necessary to close the schools due to an 6% decline in school enrollment over eight years — an equivalent of losing $16 million dollars in state funds.

But trustees who shot down the proposal say there must be another way.

"For 3.7 million dollars, and we put the community through this," asked trustee Basim Elkarra. "I hope as a nation we could really reflect how much resources are we going to put in our educational system."

Had the board voted in favor of the closures, the district would have shut the doors to Babcock, Fairbanks, Hillsdale and Sierra View elementary schools, as well as Martin Luther King Jr. Tech Academy. It would have also meant moving Smythe Academy to MLK Jr. Tech Academy, as well as moving the eastside campus of Westside Preparatory Charter to Allison Elementary School.

Most of the schools will change to more traditional grade level schooling — K-6 and 7-8 grades. Morey Avenue will now only have preschool and kindergarten.

Rebecca LeDoux, the union’s president, said district administrators must move away from budget cuts and focus on increasing enrollment.

"Draw those students back to Twin Rivers, and make this the destination school district," LeDoux said.

The lone vote to close the schools came from board president Michelle Rivas, who said it was her fiduciary duty to vote in favor of saving money.

Now, Rivas said the board will need to consider cutting employees or school programs.

"It doesn’t change the fact that we have to cut the budget," Rivas said. "So, if it wasn’t going to be closures, it would be other things."