Kelsey Witherow is the owner of Doughp. She makes her pitch Sunday, May 5. 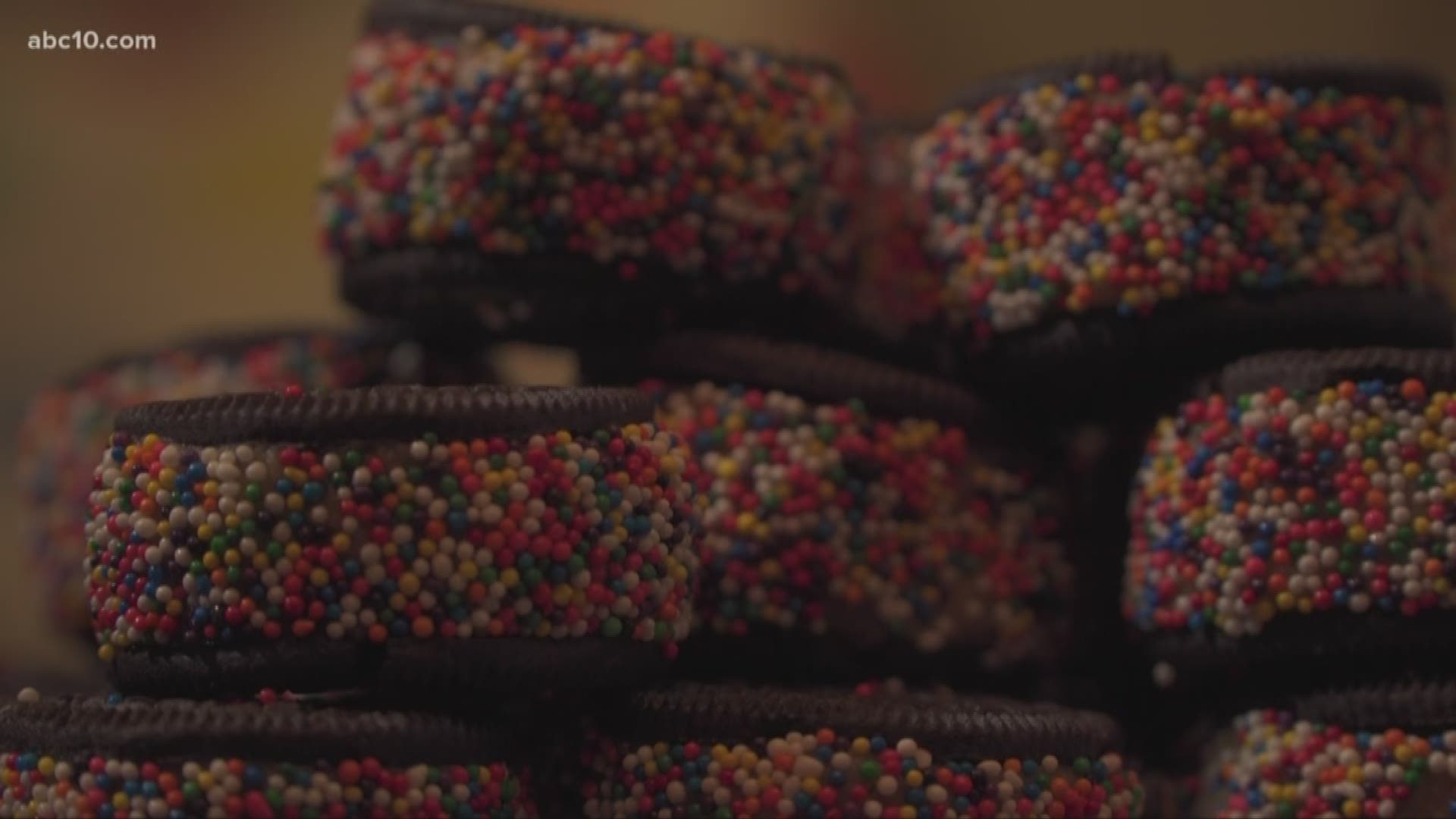 EL DORADO HILLS, Calif. — Long before El Dorado Hills native Kelsey Witherow became an up-and-coming entrepreneur, she had to realize what was holding her life back.

"In 2015, I came to terms with this unhealthy relationship I developed with alcohol," Witherow said. "I got sober and my life totally changed. I was baking everyday and had that passion and energy to do something different with my life and see what I could build."

Witherow's next step in life was a bold one. She decided to quit her corporate job at Intel and create a brand new cookie dough shop, Doughp. A decision that would later prove to be the right move.

"I started this in April of 2017. I was pretty new in this business," Witherow said. "Pier 39 called and asked if I would be interested in a spot that was coming available. I was freaking out. I had to mute the phone so I didn't scream in their ear."

Several months ago, she found out about an open call for the TV show "Shark Tank." Figuring that this would help her business out, she decided to give it a shot.

"You have a 90 second pitch to give them all you got and make a lasting impression on why you would be the best entrepreneur for Shark Tank," Witherow said.

Her hard work paid off and she was selected to be on the show. Witherow also enjoys inspiring others to chase their dreams.

Doughp is also a place that provides so much more than just cookie dough. Witherow started the #Doughp4Hope initiative where 100 percent of profits on certain flavors are donated to a non-profit.

"Fear is all that's holding you back," Witherow  said. "So jump in and see what happens."

Continue the conversation with Kevin on Facebook. If you're viewing on the ABC10 App, tap here for multimedia.

WATCH MORE: How to budget | Adulting 101