Local news reports police aren't sure what caused the disturbance, but speculated that false rumors of gunfire or a fight could have prompted panic. 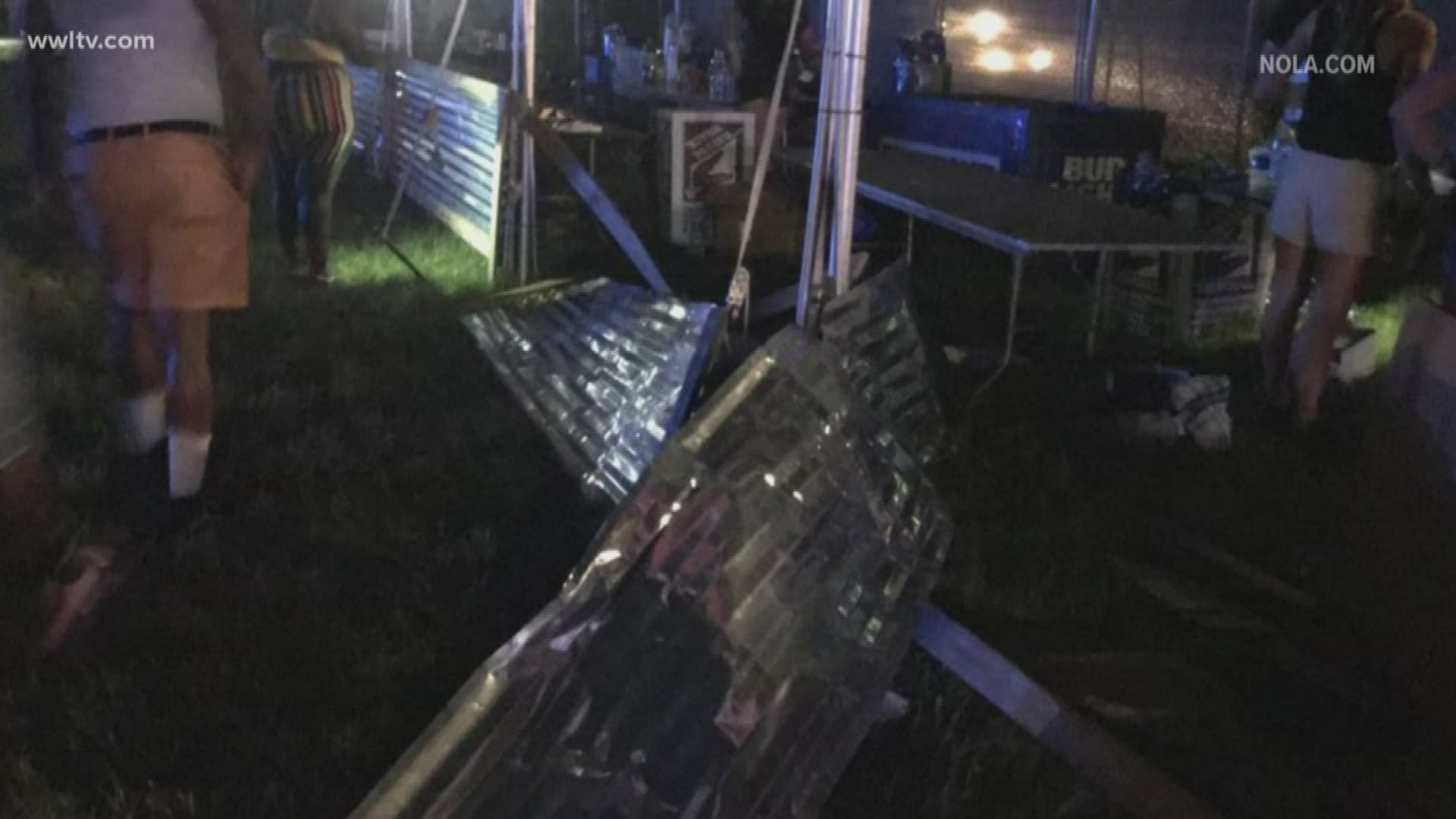 The Times-Picayune/The New Orleans Advocate reports police aren't sure what caused the disturbance, but speculated that false rumors of gunfire or a fight could have prompted panic.

"My brother said to me and my cousin, 'Run. Just run. I don't know what's happening,'" local attorney Melanie Melasky said. "I turned around at one point to see what was happening, but everyone was running away."

It wasn't clear how many people were injured. The newspaper reported fans knocked to the ground and suffering cuts, scrapes and bruises. On-site medical staffers provided care.

A medical tent and concession stands near the stage were overrun, with the medical tent left in tatters on the ground. Sections of fencing were knocked over. Tables were overturned. And beverage booths near the main stage were damaged.

"I didn't know what was going on," said George Krider, an employee of Bev Inc., the catering company that operated the drink booths at Lil WeezyAna Fest. "It was a stampede. The first thing you think is, 'Was it gunshots?' I think it was a fight."

Police officers stationed around the site said no shots were fired on the festival grounds.

Some people looted during the melee, stealing from cash registers and tip jars, concession workers said. Some festival attendees took bottles of liquor and other drinks when the employees fearing for their safety abandoned the booths. After the beverage booths were initially overrun, and money and liquor taken, Krider said he and his fellow employees shut down the booth.

"We salvaged what we could," he said.

The first Lil WeezyAna Fest in 2015 coincided with the 10th anniversary of Hurricane Katrina and was intended in part as a celebration of the city's recovery.