The state's Insurance Commissioner is being accused of not using his full powers to help people losing home insurance. 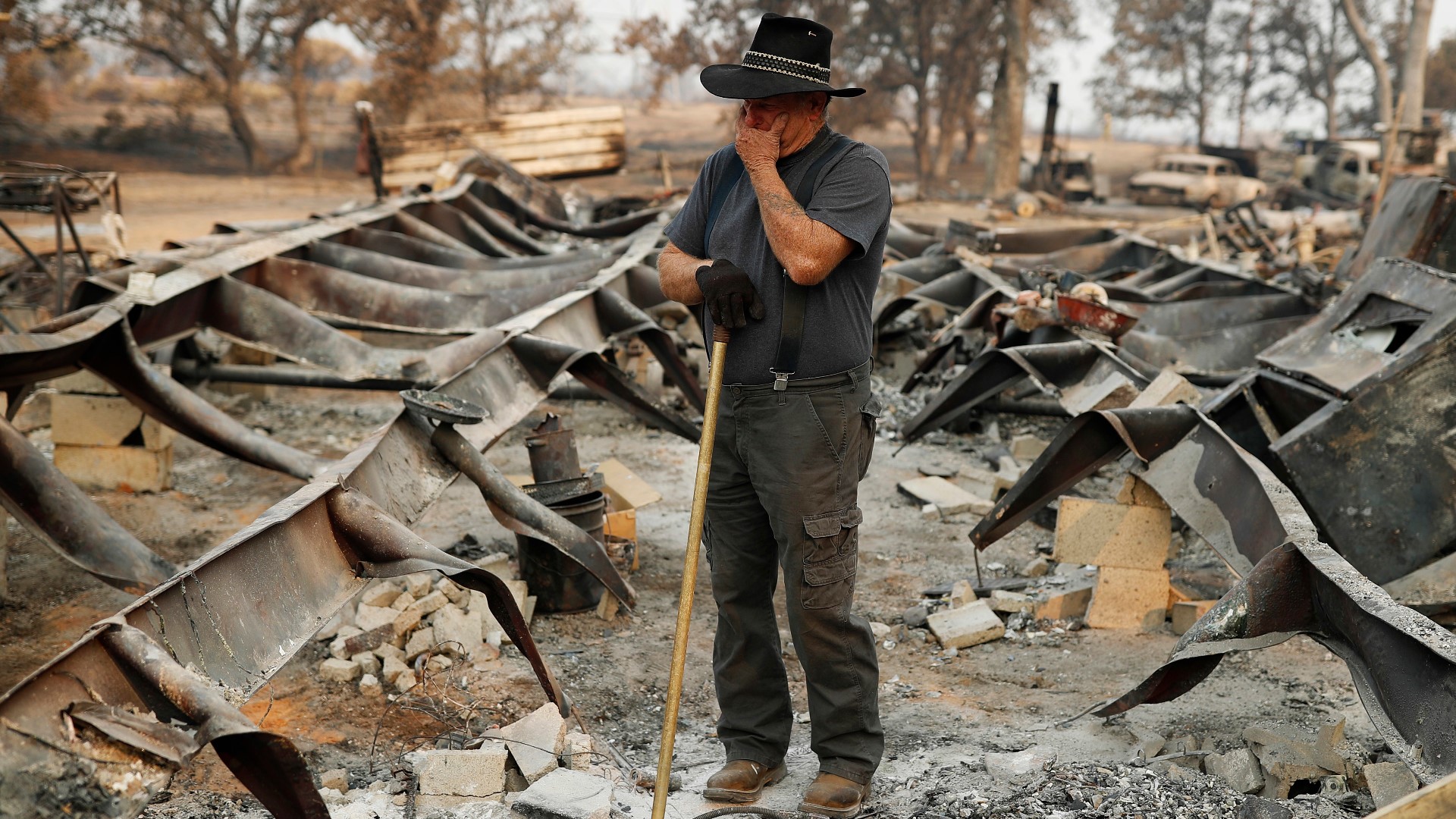 AUBURN, California — A consumer advocacy group is accusing California Insurance Commissioner Ricardo Lara of not doing everything in his power to help tens of thousands of homeowners.

They’re losing their insurance or seeing premiums skyrocket after back-to-back years of destructive, deadly wildfires, which led to expensive payouts for insurance companies.

The group, called Consumer Watchdog, wrote an open letter to Lara on Tuesday.

“As Insurance Commissioner, you have broad power that you are not using to prevent insurance companies from unfairly penalizing homeowners,” Consumer Watchdog Executive Director Carmen Balber wrote. “There is a way, now it is up to you to demonstrate the will.”

ABC10 asked Lara to respond to the letter Wednesday night, following a packed meeting he led at the Gold Country Fairgrounds in Auburn.

"You really feel people's emotions. You feel that sense of desperation that they have when they lose their coverage and how that impacts everything," Lara told ABC10 News, responding to what he heard at the meeting, adding his department is seeking more authority from State Legislature "to be able to better protect our consumers."

It was his second stop in a town hall tour of fire-prone counties, which he launched last week with a filled-to-overflow gathering in Nevada County.

Craig and Becky Casey attended Wednesday’s meeting. They’ve lived in the Placer County community of North Auburn for more than 20 years. During that time, they say, Nationwide was their insurance company, but the company dropped them in February, even after the Caseys spent some $7,500 to clear trees and bushes around their home to protect it from wildfires.

They're now cobbling together insurance from two different carriers, including the California FAIR Plan, considered fire insurance of last resort - which for many people is now the only resort. Altogether, the Caseys are paying more than three times what they used to pay. Craig Casey is retired and therefore on a fixed income.

"It's unfortunate. We need insurance so we have to pay it,” Casey told ABC10 News before Wednesday’s meeting. “I appreciate that insurance companies are in the business to make money, but they are taking full advantage of this fire situation in this state, as far as I'm concerned, and I want to know what [Commissioner Lara] can do about it."

Consumer Watchdog wants to know, too. In her letter, Balber outlines three emergency rules she says Lara can issue now to protect homeowners.

She wants Lara to require each insurance company that does business in California to offer a discount to homeowners who make investments in hardening their home against wildfires – work like that which the Caseys did, clearing trees and bushes. She likens it to automobile insurance companies giving discounts to safe drivers.

Lara agrees with that idea – just not the approach.

"Why can't insurance companies provide these discounts? And it also incentivizes good behavior, which is exactly what we want,” he said. “But right now, we don't have the authority to force them - meaning the insurance companies - to write in these communities."

He said he'd prefer state lawmakers pass legislation giving his department authority rather than him having to issue emergency regulations.

"It's always good to have that statute and to have the Legislature support us and have that in law so it's clear and no insurance company tries to undermine our authority," Lara said. "All options are on the table."

Consumer Watchdog is also asking Lara to "bar the use of claims software that low-balls the cost of repair and reconstruction" and stop insurance companies from using any wildfire risk models “that lead to excessive or discriminatory rates,” citing the FireLine® score, which is now infamous to homeowners in fire-prone areas. Insurance companies use it to determine homeowners' fire risk and whether to sell them fire insurance.

"We feel that, as a Department, it's important to get that statute and get that law in place so it's very clear that we have the authority to open this 'black box' and validate these models," Lara said, referring to the secretive algorithms and risk assessment models insurance companies use, like the FireLine® score.

However, the legislative session ends in mid-September.

In the meantime, the California Department of Insurance is offering 10 tips for homeowners facing non-renewed or extra-expensive insurance, in both English and Spanish.

While Craig Casey said he doesn’t like the idea of increased government involvement, “I really think that until the insurance companies learn how to play fair in this environment, that something needs to be done.”

Lara has more of town halls coming up, including one on Thursday night in Tuolumne County. That starts at 6 p.m. at the Opera Hall in Sonora.

He added that most companies won’t offer a homeowner fire insurance if that person’s FireLine®  score is above a three. In past years, he said, some companies were insuring people with scores of up to nine.

(Editor's Note: An earlier version of this story said California Insurance Commissioner Ricardo Lara launched the town hall tour in El Dorado County. It was launched in Nevada County. We regret the mistake.)

WATCH ALSO: How much does PG&E owe wildfire victims?