Firefighters in Jefferson County and around Hood Canal trained and prepared for what is believed to be a significant wildfire season. 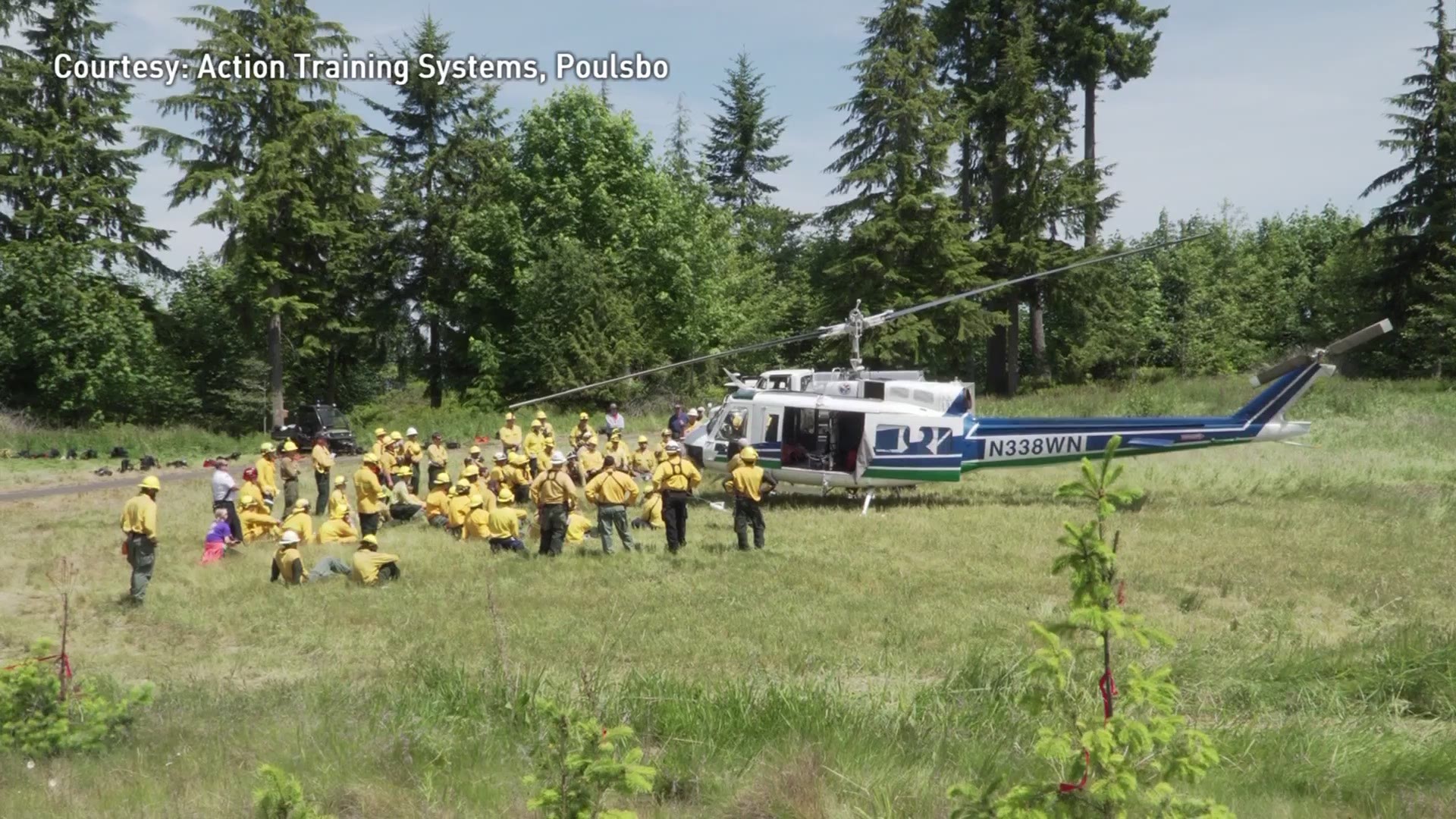 Firefighters trained on a now-defunct golf course in Port Ludlow to earn their "Red Card" certification ahead of Washington state's wildfire season. The Red Card is proof that a firefighter has completed all coursework and training required to be on the fire line.

The goal of the training was to get the firefighters what has been called the "driver's license of wildland firefighting."

Western Washington faces a greater likelihood of significant wildland fire potential over the next few months, according to a report from the National Interagency Fire Center.

Port Ludlow's fire chief said, "It has never been more important to get firefighters trained to fight wildland fires in our area."

According to the latest drought report, drought conditions are expanding as we head into the summer. More than 3.7 million people are now living within drought-affected areas throughout the state. Dry conditions and low streamflow are contributing factors to the expanding drought that now stretches from central Washington to the Olympic Peninsula.

Though we saw more typical spring weather in April, following the fourth driest March since 1895, snowpack for much of the state is below normal.

Along with a reduction of water supplies, drought can mean an early fire season and lead to more significant wildfires.