Museum officials said they are working to "become an even better museum, employer, and community member." 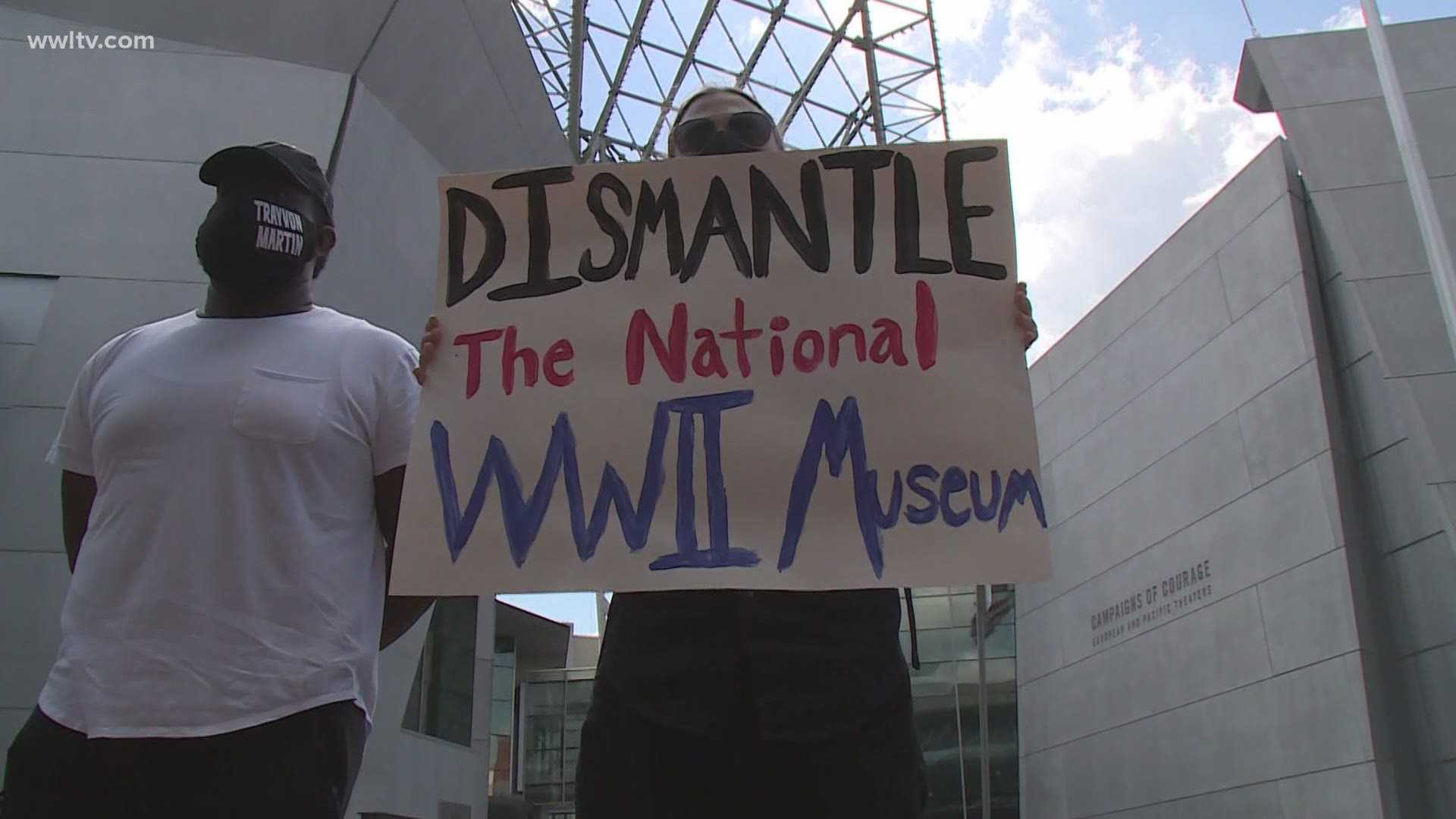 NEW ORLEANS — The National WWII Museum is responding to accusations of discrimination and racism.

The allegations are coming from current and former employees, some of them took to the street on Thursday.  A group known on Instagram as “DismantleNWWIIM” is calling out the museum for what it describes as serious injustices.

“There are allegations of sexism, racism at the museum,” Katie Odell said.

“Right now, the workers here are afraid and are dealing with a lot of injustices that are happening from mostly the higher-ups,” Jessica Mixon said.

Jessica Mixon spent four years with the museum as part of the Victory Belles. Mixon says she left the singing trio because she no longer agreed with its ideals. On Thursday, she used her voice to lead a relatively small protest in front of the NWWII Museum.

“Just working in the offices and the injustices, I saw many of my colleagues and even myself face them at times.  Just being gas lit by higher ups, being verbally assaulted by people in your office,” Odell said.

The dismantle group is demanding more diversity and inclusion especially for museum management and board members.  It’s calling for better wages for workers, some of whom looked on during the demonstration.

“We’re trying to make sure that the WWII Museum is representing the city of New Orleans because it is a 60 percent Black city.  That should be reflected more within the museum as well,” Mixon said.

RELATED: The Talk: A Perspective in Black and White

The National WWII museum issued a statement saying it’s proud of its accomplishments and that quote:  “…we will continue to do more to become an even better museum, employer, and community member. Diversity, equity, inclusion, and accessibility have long been of critical importance to the museum, and we are working closely with our staff and partners to continue advancing these efforts.”

The museum also pointed out that since 2018, it has worked to increase its starting hourly wage from $9.25 to 10.25.  A spokesperson for the museum also emailed several pages of information detailing programs at the museum.  One includes the hiring of a local firm to increase diversity, equity and inclusion initiatives.

► Get breaking news from your neighborhood delivered directly to you by downloading the new FREE WWL-TV News app now in the IOS App Store or Google Play.