Oak Park has gone through a lot of changes over the years. The influx of new businesses has left some wondering how these changes impact longtime residents.

SACRAMENTO, Calif — If you were to drive around Sacramento's Oak Park neighborhood during the winter of 2019, you'd see newly built businesses and apartments. People who have lived in Oak Park most of their lives say it is going through a sort of rebirth. Some call the changes gentrification. Others call it necessary redevelopment.

Merriam-Webster defines “gentrification” as the process of repairing and rebuilding homes and businesses in a deteriorating area (such as an urban neighborhood) accompanied by an influx of middle-class or affluent people, which often results in the displacement of earlier, usually poorer residents.

Jake Mossawir works for St. Hope Development. The St. Hope Development Project is led by former Sacramento Mayor Kevin Johnson. Their goal is to bring new life to one of the city’s oldest neighborhoods. They're just one of the entities behind the renovation that's happening in Oak Park, like the newly refurbished Guild Theater and 40 Acres. It's the site of a new coffee shop, Old Soul at 40 Acres, and a bookstore called Underground Books. Both sit near the corner of Broadway and 35th Street.

“I don't know if it's the ‘new’ or ‘old’ Oak Park. I just know it as Oak Park," Mossawir said. "I think there are different aspects depending on where you are in Oak Park and the rate of change that's taken place."

He points to the Oak Park signage at McClatchy Park where the Joy Land Amusement Park used to be.

"This sign is actually a new sign, but it's a recreation of an old sign. So that's a perfect example of a new Oak Park. It's old. But it's an updated version of it," Mossawir said.

Mossawir said what's now 40 Acres used to be the Woodruff Hotel, which "devolved into nefarious entrepreneurship."

"It's that activity that earned Oak Park it's bad reputation among other things. There was a lack of investment from government entities in the area and businesses left in the 60s after a cop was shot... resulting in a race riot," he said.

The cannery closed, the public library closed, the rail car that used to take people to downtown Sacramento all went away, according to Mossawir.

Even more than that, Highway 50 and 99 further cut off Oak Park from the rest of Sacramento. Add to that redlining -  a practice where banks and housing entities made it hard for certain minorities to move into predominantly white neighborhoods because of racism and segregation.

Gentrification is a hot topic, but folks who grew up and still live in Sacramento’s Oak Park neighborhood still have mixed feelings about it.

Joanny Titherington has lived in Oak Park all of her life. She’s served as the Neighborhood Association President for years. Her response to gentrification, or necessary redevelopment, was, "Good and bad. It did good and bad." And she said there's a reason behind it all.

Credit: KXTV/ABC10
Joanny Titherington has lived in Oak Park all of her life. She sees the revitalization of Oak Park as "good and bad."

"The prices were going up in the Bay Area for housing so where were people supposed to move to? You're going to move where you can afford to and these homes were being sold that were formally rentals," Titherington said.

She said she loves most of the developments in Oak Park because those business dollars are being pumped back into the neighborhood.

"It contributes to the economy within here because everybody who is employed here works and lives in Oak Park," she said.

But Titherington recognizes the pros and the cons of the development and what it has done to the community as a whole. She recounted a conversation between a documentary film crew and longtime Oak Park residents.

The displacement of those long-time residents is why so many folks cry gentrification when they see Oak Park’s development.

"In terms of dollar amount, Oak Park is now on par with the county. However, like a lot of areas in Sacramento, we've had this crazy price growth without a wage growth for workers," Lundquist said.

Titherington agrees the data points to one blaring issue.

"This isn't just an Oak Park thing. This is a city, county and state thing where we don't have enough affordable housing." She said addressing housing across California, specifically in Oak Park, would help alleviate displacement. 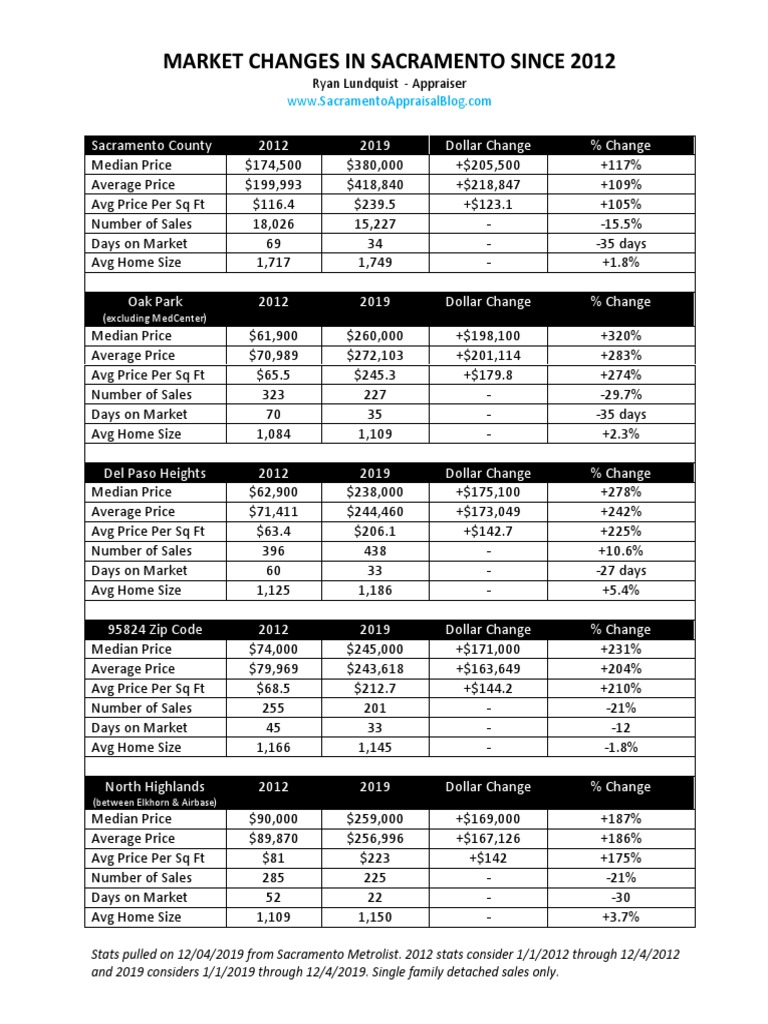 Another issue in gentrification is the loss of minority-owned businesses. Minority businesses already make up a small percentage of American businesses. The Minority Business Development Agency recently published a report that says, “Overall, minority-owned firms make up 15% of the nation’s businesses and generated 3% of all receipts."

Georgia West, who's better known as Mother Rose, is a staple in Sacramento's Oak Park neighborhood. She is former Sacramento Mayor Kevin Johnson’s mother and she runs Underground Books.

"I was born and raised in Oak Park, so I've seen all the changes. We opened in 2003 and when we opened, people wouldn't even come to Oak Park. There was prostitution, drugs, there was a hotel up here with people in and out," Mother Rose said.

Mother Rose said that was before a lot of redevelopment took place.

"I know a lot of people come in and say, 'Look at all of this gentrification.' And I say, 'But we're here. Support us. Support what we do.' Our culture is important so we must support so that we can stay here," Mother Rose said.

Mother Rose said it’s important to keep black businesses in Oak Park so that the cultural aspect of one of Sacramento’s oldest and most diverse neighborhoods remains.

“We just have to make sure that we can neutralize some of this change and keep our voice. That's why it's so important for us to be here. We just need to have more of our minority-owned businesses in this community and we're trying," Mother Rose said.

Mother Rose said if done correctly, Oak Park can be an example to other communities facing gentrification.

“We have people coming from other cities checking out our projects. They're looking at our community, the change that's happened and how we are involved. The African Americans are involved in the change," Mother Rose said.

Are updates to Oak Park sign of gentrification? | Part 3