CDC monitoring increase in measles cases in 21 states, including California

At least 107 people have contracted the measles thus far in 2018, according to the CDC. 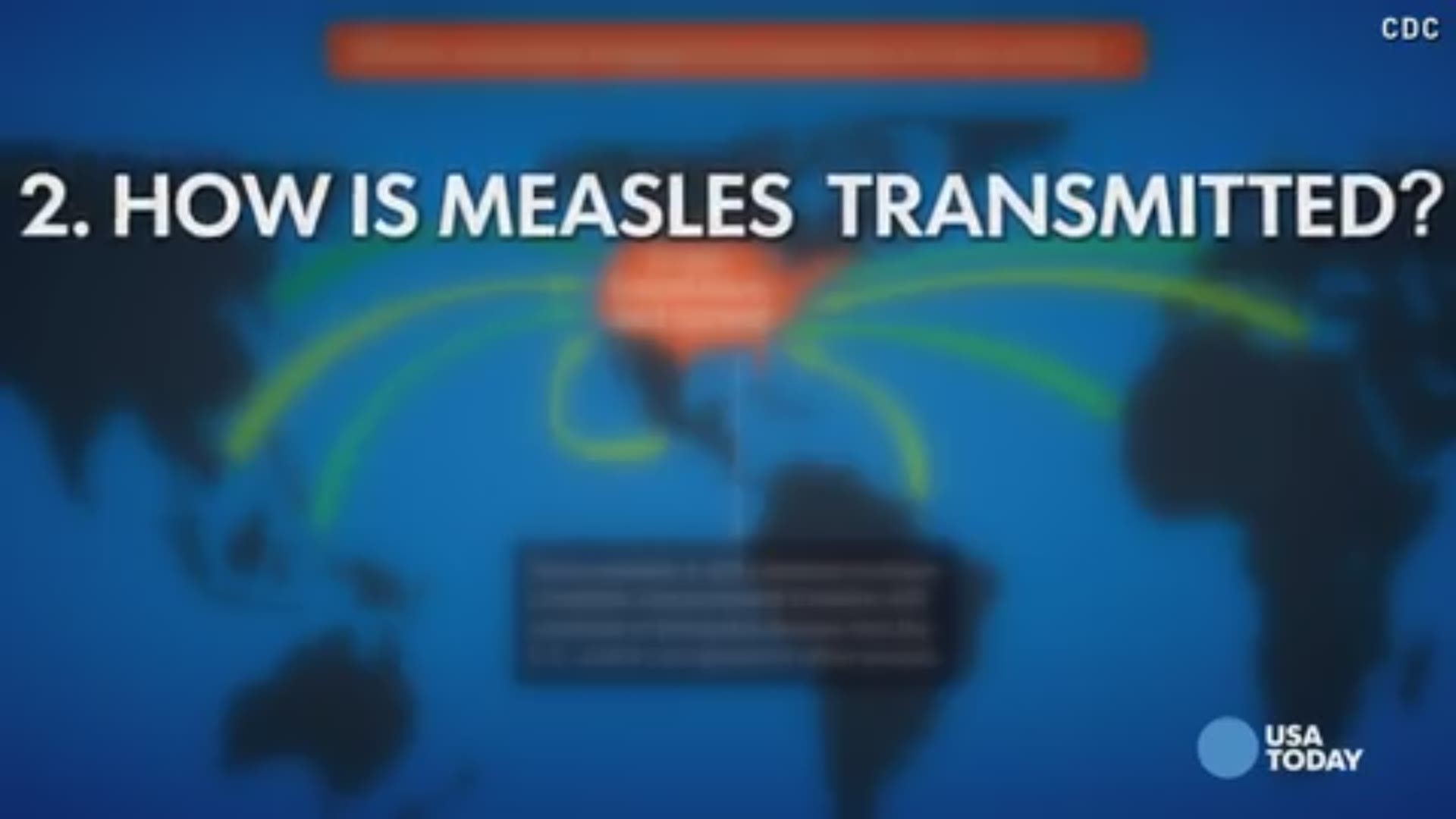 The Centers for Disease Control and Prevention is monitoring a possible measles outbreak in 21 states, including California.

The CDC reports 107 people have contracted the measles thus far in 2018. The number is likely to surpass the 118 reported measles cases from 15 states in 2017.

In 2014, the U.S. experienced a record number of measles cases, with 667 cases from 27 states reported to CDC.

Measles is a virus that spreads through the air and by coming into direct contact with someone who has it. Symptoms show up in 10 to 14 days after exposure. A representative with the CDC says most of the people who got measles were not vaccinated - the best protection is getting your kids vaccinated

The CDC says measles are still common in many parts of the world, including certain countries in Europe, Asia, the Pacific and Africa. Travelers with measles are capable of bringing it into the U.S.

This year, eight confirmed measles cases have been reported in California. The most recent had onset more than a month ago, the CDC says.

Editor’s Note: An earlier version of this story had a headline that referred to this as a “possible measles outbreak.” We’ve updated the headline to clarify that this is an increase in cases, but not an outbreak. The CDC tells us that technically an “outbreak” is three or more confirmed measles cases in a health area with and population of about 100,000.