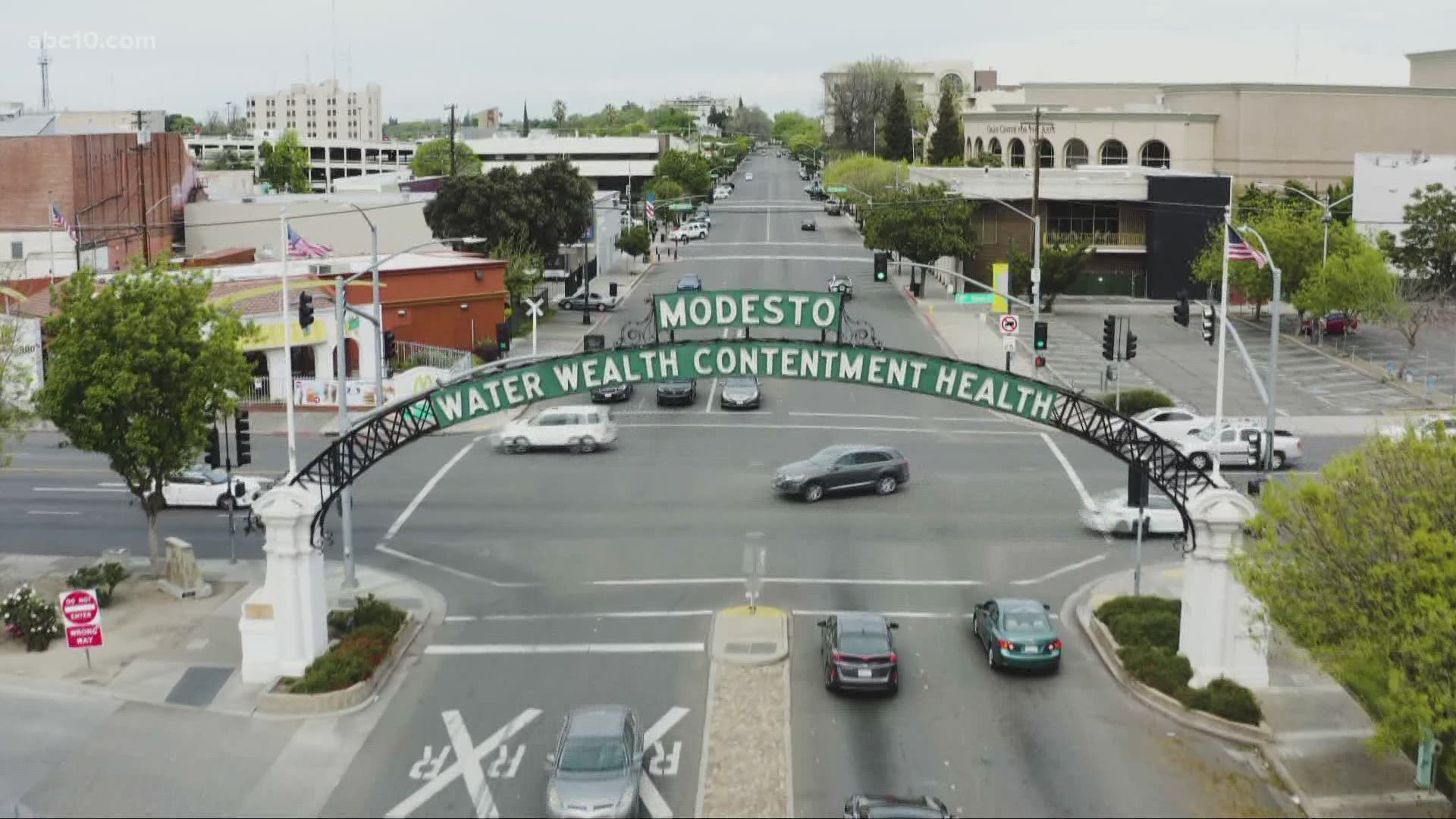 SACRAMENTO, Calif. — California released its latest coronavirus tier updates on Tuesday with many local counties moved to less restrictive tiers. In fact, there are no longer any counties in the ABC10 viewing area in the purple tier, also known as the most restrictive tier.

Kamlesh Kaur, a spokesperson for the Stanislaus County Department of Health, said the department was eagerly anticipating the news.

“There was jubilation around the room,” Kaur explained. “Everyone was excited that ‘Yes, we made it!’ It wasn’t a short-lived excitement, but it was like a very cautious excitement. We’re here but let’s keep moving forward.”

Marcus Kropf, counsel for Colusa County, said Colusa was also eager to finally be part of the red tier.

"It’s good news for the county,” Kropf said. “We get to start opening up some of our businesses, for example, restaurants with limited capacity. And better yet, we’re really looking forward to, if we can maintain this tier for the next two weeks, we’ll be able to open up the rest of the schools.”

The State of California today moved Placer County into the State's Blueprint for a Safer Economy 'orange' tier - further...

Still, Kropf said some of the struggles Colusa County has had to deal with stem from the county’s low population.

“Right now, I believe, you have to have less than six cases per week just to be in this particular tier,” Kropf explained. “In certain respects, the low population is good. But in this particular instance, it just doesn’t take much at all to knock us out. And the guidelines really don’t account for that. We believe they're geared for much larger communities.”

Kaur said that in Stanislaus County, a major hurdle comes from the nature of the industry.

“We’re very heavily agriculture and industry-oriented,” Kaur said. “So we have a lot of those industries where it was harder to maintain physical distance.”

Still, she says she’s encouraged by the signs she’s seeing.

“When we started there weren’t as many people wearing masks,” Kaur admitted. “And now we are seeing a lot more community members wearing masks as well.”