While people work to sidestep the delta variant, others are getting their kids tested as they continue to go back into the classroom. 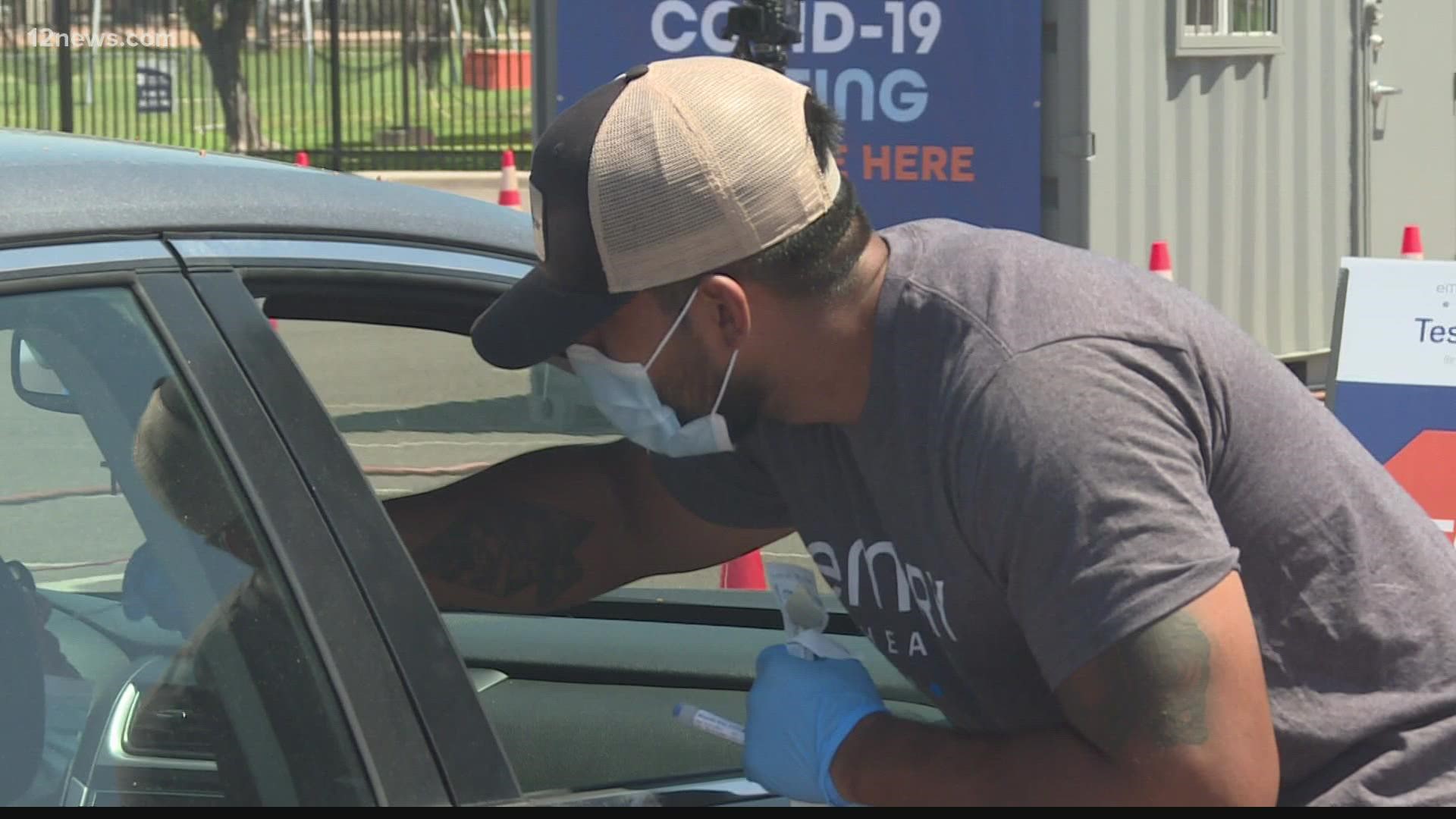 PHOENIX — Embry Health Officials compared 2020 numbers to Monday and said the number of people looking to get tested is rapidly increasing.

While people work to sidestep the delta variant, others are getting their kids tested as they continue to go back into the classroom.

Raymond Embry, CEO of Embry Health said, since July 1 their 50 sites have seen a ten-fold increase in demand for testing, 39,000 of which have been people 18 and under.

"Over the past 30 days we've had 39,000 patients under the age of 18 who have been tested that is a massive increase and shows the type of individuals getting tested has changed," Embry said.

While wait times continue to be roughly 30 to 40 minutes, Embry said they are planning 13 new testing locations, and launch mobile testing RV's to reach more remote areas and increase staffing.

"Our employees are working tirelessly to ensure these locations remain staffed," he added.

The hiring boost is not only to ease stress for staff who sometimes work 12 to 13-hour shifts but also avoid incidents like at Chaparral Business Center where an employee called the police and halted testing.

"We are looking into exactly what happened there, we have received reports from other patients about how the situation was elevating unnecessarily," Embry said.

He added that despite that incident at a separate testing site, people who remained in line were tested and that staff member is taking some time off.

Regardless of average wait times at Mesa Community College, officials say there is a 24/7 site off Price Road in Tempe.

To find a testing location near you, go here: https://embryhealth.com/