"I was honestly excited that we had a season. And even though we start in winter, at least we have a season," said Austin Bonilla, a senior at Ripon High School. 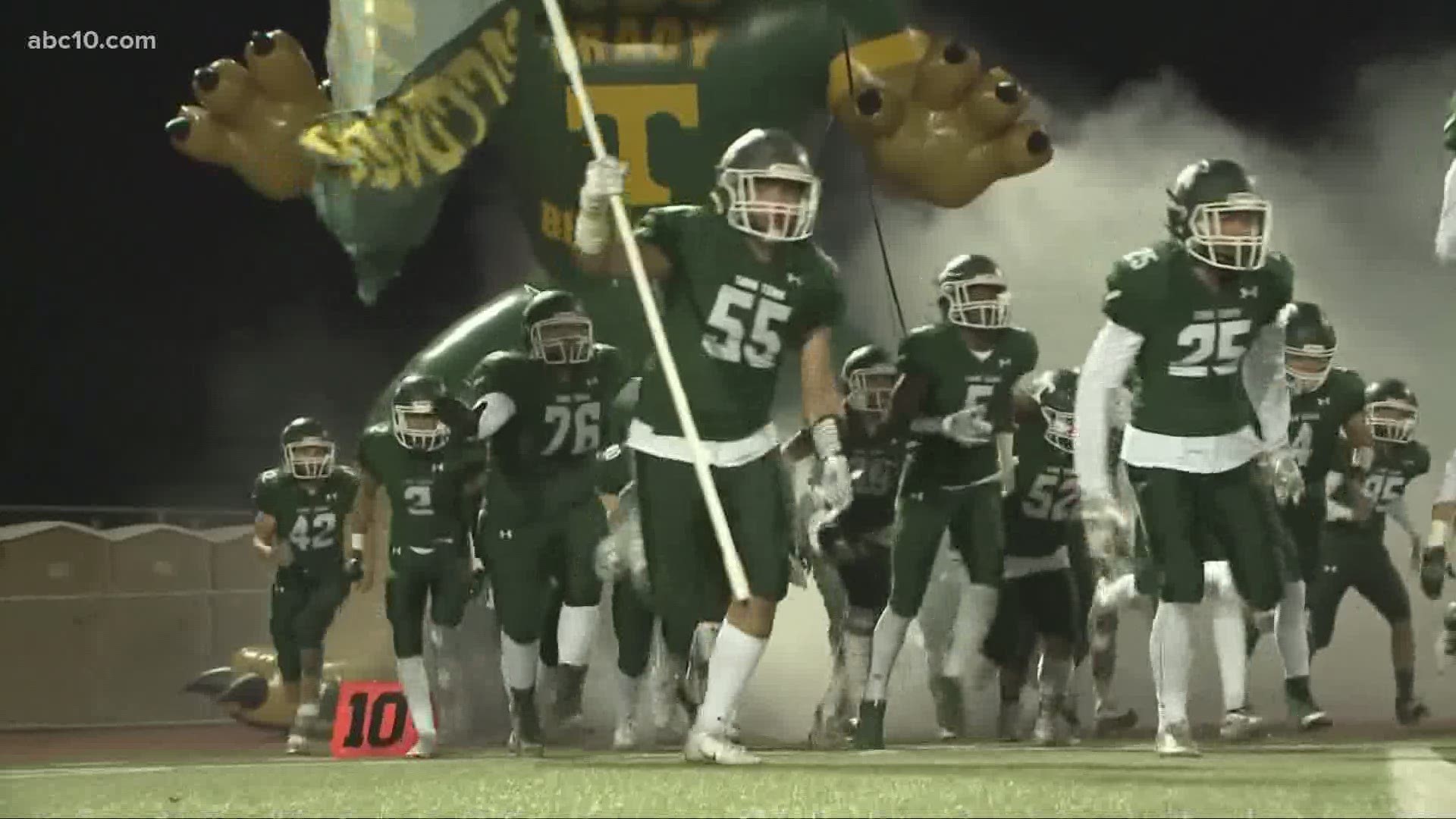 SACRAMENTO, Calif. — It’s hard to imagine Friday nights during fall without football, the smell of hot dogs, the band playing, and the crowd roaring. But this school year, none of that will be the case this fall, you would have to go back approximately 100 years to the 1918 flu pandemic.

The California Interscholastic Federation (CIF), the governing body for high school sports in California, made the big announcement that fall sports will be delayed this school year due to the coronavirus pandemic — something that hasn't happened since the 1918 flu pandemic.

This is something that has been long speculated, but now coaches have to face the reality.

“Not shocked. I think we were all prepared for it," stated Chris Musseman, Ripon High School head football coach. "It was just a matter of when it’s going to start and are we going to start? And it’s nice to know we’re going to have a season hopefully.”

Ripon football won the 4-Double A State Championship last year, and even though their senior athletes won’t be able to play this fall, they’re just relieved there will be a season after all.

“I was honestly excited that we had a season," said senior Austin Bonilla. "And even though we start in winter, at least we have a season. Cause nothing is normal right now."

Due to all fall sports starting during the winter, this poses a huge challenge for athletes who would normally participate in three sports throughout the school year.

“It’s just going to be tough," explained Elk Grove athletic director John Heffernan. "And unfortunately some kids are going to have to make a choice on which one you want to do, which is a travesty.”