Dr. Birx said that her grandmother Leah lived with a lifetime of guilt, because she caught the flu at school and, in turn, infected her mother. 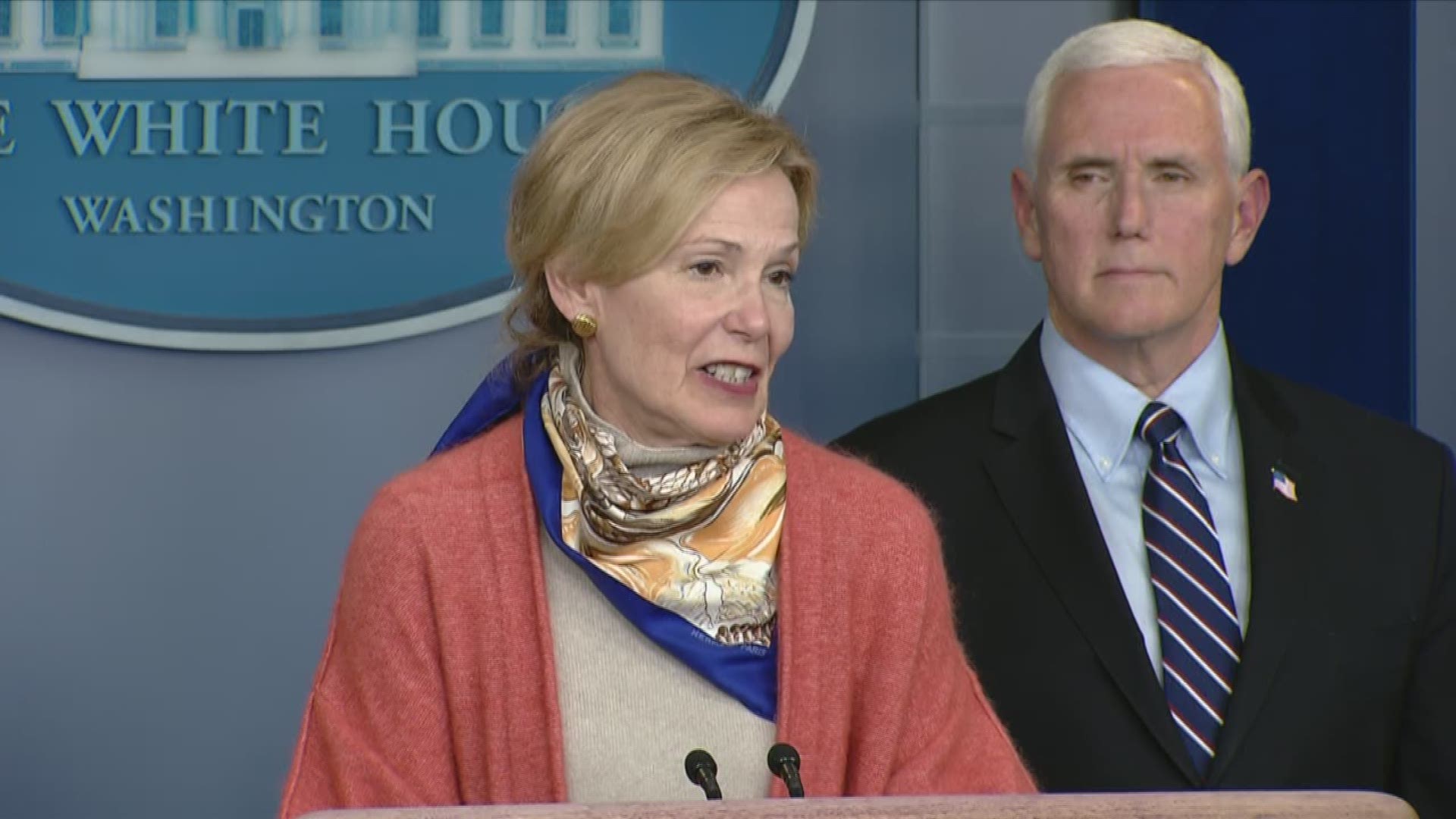 WASHINGTON — Dr. Deborah Birx, the coordinator of the White House coronavirus task force, took a personal tact on Wednesday as she made her latest plea to the American public to practice social distancing.

Birx noted that her grandmother Leah lived with a lifetime of guilt, because she caught the flu at school and, in turn, infected her mother. Leah’s mother, who had just given birth, died of the flu — one of an estimated 50 million worldwide who died in the 1918 influenza epidemic, Birx said.

“She never forgot that she was the child that was in school that innocently bought that flu home,” Birx said of her grandmother, who was 11 at the time. “This is why we keep saying to every American: You have a role to protect each and every person that you interact with. We have a role to protect one another.”

RELATED: Male mortality rate from coronavirus twice as high as females in Italy

Birx, who has become a regular at President Donald Trump’s daily updates on the crisis, has been perhaps the most outspoken in pressing the call for Americans to be mindful of how they are interacting with others.

This isn’t the first time she’s spoken in personal terms about the need for social distancing. She told reporters earlier this week that she stayed away from the White House over the weekend after coming down with a low-grade fever.

Birx said she went to Walter Reed National Military Medical Center late Saturday night and was tested. The test came back was negative. She said it was probably “a GI (gastrointestinal) thing.”

Previously, she’s spoken of avoiding seeing her young grandchildren in recent weeks out of abundance of caution and noted her own millennial daughters as she’s made the case for young Americans to do their part to stop the spread of the virus.

For most people, the new coronavirus causes mild or moderate symptoms, such as fever and cough that clear up in two to three weeks. For some, especially older adults and people with existing health problems, it can cause more severe illness, including pneumonia and death. The vast majority of people recover.

Birx, who has served as the U.S. global AIDS coordinator since 2014, said that her grandmother’s heartache over passing on the flu to her mother in 1918 didn’t go away.

“I can tell you, my grandmother lived with that for 88 years,” Birx said and added: “This is not a theoretic. This is a reality.”