California public health officials said the state will prioritize vulnerable patients, those with symptoms and people linked to an outbreak. 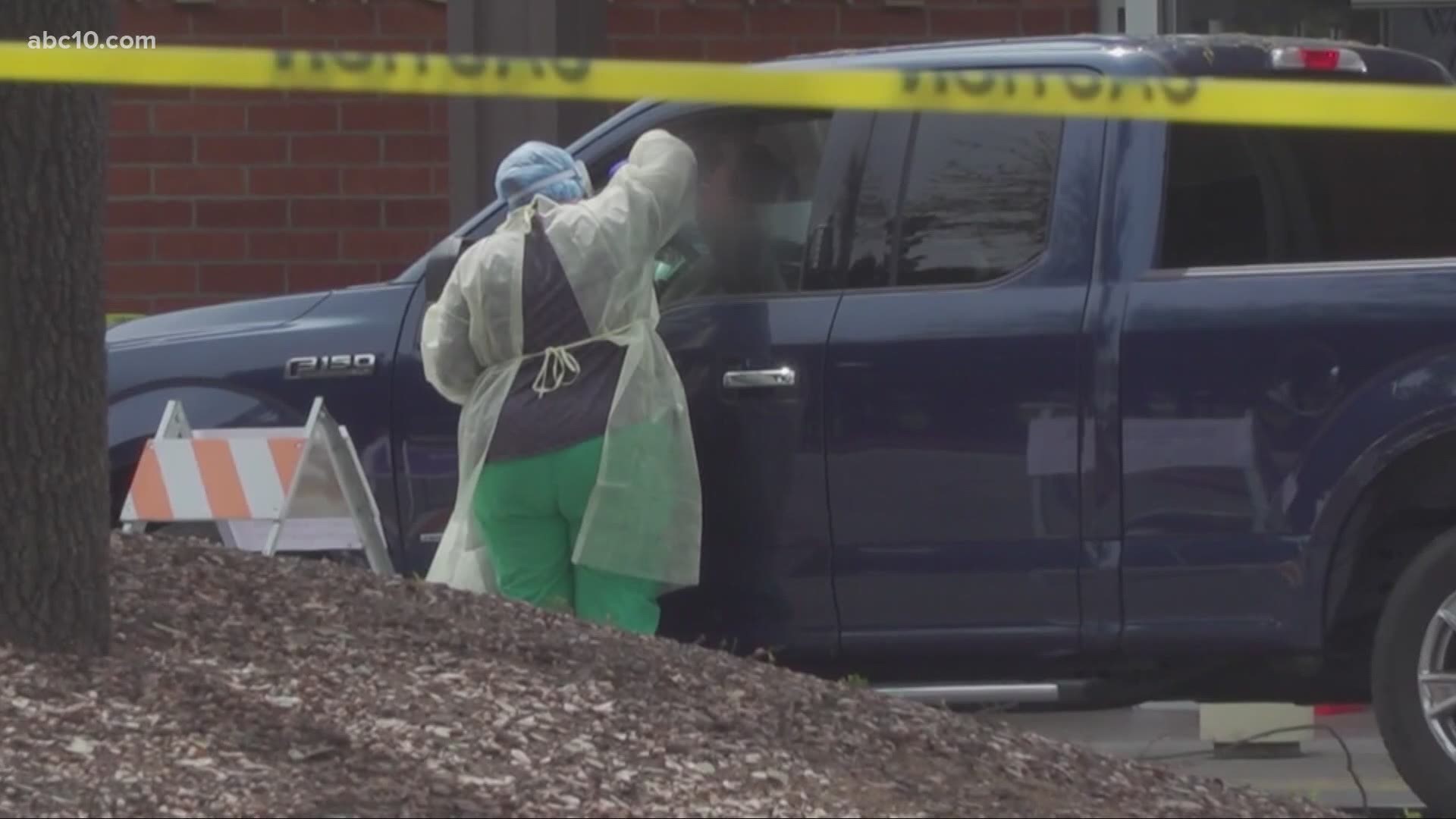 SACRAMENTO, Calif. — California has new coronavirus testing guidelines which could make it harder for people to get tested and get their results in a timely fashion.

Dr. Mark Ghaly, the Health and Human Service Secretary, said the state will prioritize vulnerable patients, those with symptoms and people linked to an outbreak.

The second group is people with symptoms who are not in the hospital, medical workers and people who work in facilities like prisons and nursing homes. The third group is for teachers, service workers and those in the food industry.

And the fourth tier is everyone else.

The new system not only prioritizes who gets tested first, but also whose results are processed first in the lab. The state had to rework how the tests come back because of a shortage of supplies.

"It's just that frustration, did we have it? Do we have it? Are we spreading it?" Stevan Dutra, a Sacramento resident said about testing struggles.

Stevan and his wife Eileen Dutra have been trying to find anyone that will test them for coronavirus.

Eileen said they've contacted their doctor's office, taken tests on websites to get approved, but have been denied at each turn because "if you don't have symptoms, you don't get tested."

Neither of them are showing any symptoms. Under the state's new guidelines, they fall under tier four.

But they'd like to get tested since their adult children, who work in the service industry and are consistently around other people everyday, fall under tier three,

"I don't know about being prioritized higher, I just wish there was more tests available," Stevan said.

So they've gone into a precautionary self-quarantine just to be safe.

It's a familiar story for Angela Hagerty.

"We're not seeing anybody until we actually get on that plane," Hagerty said.

She's been planning a 12-day pre-paid trip to Alaska with nine people for a year and a half now, something she's done every other year since 2006.

But the state is requiring travelers to show up with proof of a qualifying negative test or else you'll have to get tested upon arrival and self-quarantine for 14 days.

"If we had to quarantine for the entire trip, obviously we wouldn't go," she said.

She says the trip is worth it so she's happy to comply with the state's rules. The only problem? Finding someone who will test her here.

"We're finding that most of the physicians are not authorizing the test, regardless of the fact that they know that it's a requirement for us to fly, so that's been a flat out refusal for the most part," she said.

She's considering paying out of pocket for an at-home test kit, but is still running into the issue of her results being delayed, just like everyone else.

"They're getting longer and longer as we're getting closer and closer to our trip so that's very scary for us," she said.