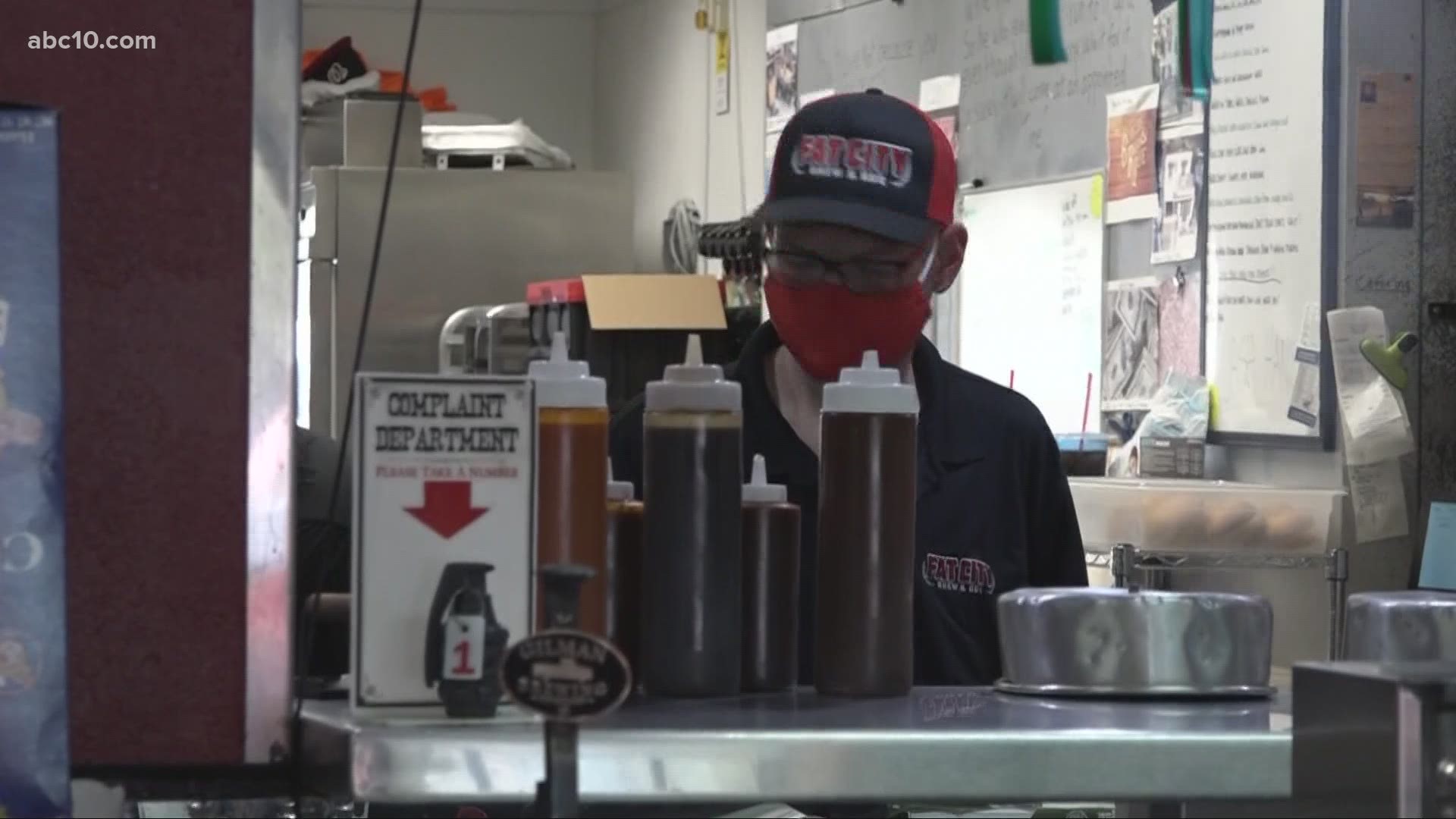 Starting Wednesday, many businesses within these counties will be able to increase the number of people allowed inside. And some people will be able to return to work in their office.

Four counties throughout the state remain in the red tier: Del Norte, Shasta, Yuba and Stanislaus.

From a public health perspective, Sacramento County Public Health Officer Dr. Olivia Kasirye said moving to the orange tier would help businesses within the county and indicate that transmission of the coronavirus in Sacramento County was slowing.

"It is still important for Sacramento County to reach this lower tier before June 15, which signifies there is lower risk of spreading COVID-19 in the community and will increase capacity that much earlier for businesses,” Kasirye said.

As Sacramento County heads to the less restrictive orange tier that means restaurants can bring indoor capacities up to 50% or fewer than 200 people. Crazy Fruit and Ice Cream Trujillo in South Sacramento plans on finally unstacking chairs inside for the first time in months.

"It's been crazy, but nice because we see more people enjoying fresh fruits we have here. But so It was bad because a lot of workers lost their job. But now that some business is up, so we're getting our family back together working," Maritza Serrano with Crazy Fruit and Ice Cream Trujillo said.

“We are seeing a substantial decrease in the spread of COVID-19 in our community, therefore enabling us to move down to the next tier and expanding capacity for our businesses,” Bela T. Matyas, Solano County Health Officer, said in a press release.

After nearly a year of setback and setback, Jennifer Pappas, owner of Papapavlov's in Stockton says she'll take any relief she can get from navigating the state's tier system.

Pappas said she is glad San Joaquin County finally reached the least restrictive orange tier after several stretches of getting stuck in more restrictive tiers, but she's among restaurant owners who would rather see the tier system retire before June 15, the state's target date.

"I have mixed feelings about it because in 15 days, everything's going to be back open no matter what tier you're in," said Don King, owner of Fat City Brew & BBQ in Stockton.

California has only one more week of tier changes before the entire system is retired on Tuesday, June 15. Counties need to be on their current tier for three consecutive weeks before moving to the next tier after two weeks of meeting the less restrictive tier's requirements.

Multiple counties are in a position to move to a less restrictive tier next week if their numbers remain low, including:

Counties that did not move this week nor are listed above will most likely remain on the tier they are at until June 15, when the tier system is retired.

WATCH ALSO FROM ABC10: Workplace and the COVID-19 vaccine: Will employers require the shot?